Ewan McGregor Joining Singer's JACK THE GIANT KILLER. But Does Anybody Care? 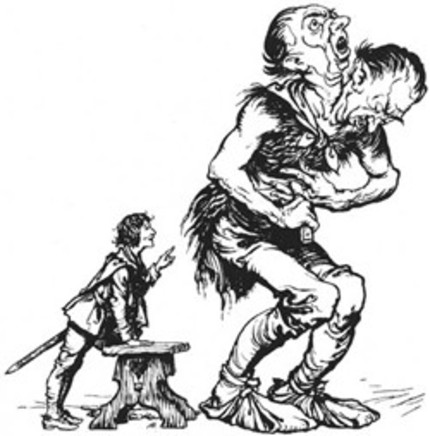 I'm not just being a smartass about this. Really I'm not. I'm curious: Does anybody out there give a damn that Bryan Singer is making a big budget film out of Jack And The Beanstalk? He's convinced New Line that people will come, that's clear enough in the fact that New Line are ponying up one of the biggest budgets in the company's history, but is there anybody out there in the general public actually excited that this is getting made?

Sure, people said the same thing about Pirates Of The Caribbean when that was announced and we all know who won that argument but the key difference here is that the most famous version of Pirates up until that point didn't star Mickey Mouse. Which means if you must make a comparison the one you should be making here is to The Sorcerer's Apprentice because New Line is going to have the same obstacles that film did to overcome if this film is going to be a success. And Apprentice wasn't able to pull it off, despite being solidly entertaining.

Anyway. Ewan McGregor is now negotiating to join the cast. He'd be the biggest name in it, despite being tucked away in a secondary role. At least he won't have to play Mickey.
Tweet Post Submit

More about Jack The Giant Killer