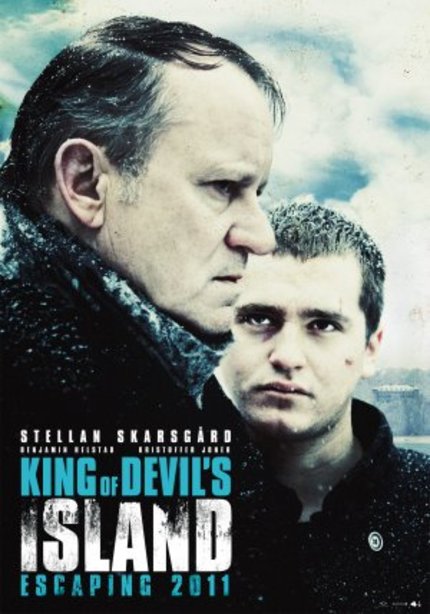 That Stellan Skarsgard and Kristoffer Joner are starring together in upcoming prison drama King of Devil's Island should be reason enough to pay attention to Marius Holst's upcoming picture. But mark my words. If the trailer is to be believed the real driving force of this film - and the titular King - is going to be its young star Benjamin Helstad who, in just his second feature, goes toe to toe with two of the biggest names in the Nordic region without giving up an inch. Here's the official synopsis:

Based on a true story: Norwegian winter, early 20the century. On the island Bastoy, located in the Oslo fjord, live a group of delinquent, young boys aged 11 to 18. The boys daily, sadistic regime is run by the guards and the principal who bestow both mental and physical abuse on them. Instead of teh boys being straightened out with education they end up being used as cheap, manual labor. The boys attempt to survive by adapting to their inhumane conditions. One day a new boy, Erling (17), arrives with his own agenda; how to escape from the island. How far is he willing to go in order to get his freedom? After a tragic incident takes place, Erling ends up forced into the destinies of the other boys by leading them into a violent uprising. Once the boys manage to take over Bastoy, 150 government soldiers are sent in to restore order.

The production values and performances in this one look absolutely sterling. Check the trailer below.

More about King of Devil's Island