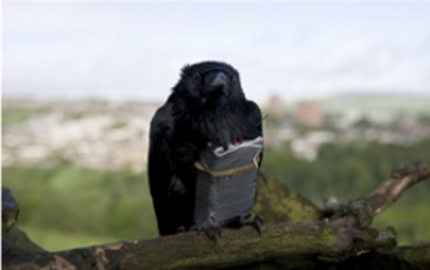 [ On the advent of release in North America, Aaron Krasnov brings us this review for Chris Morris' breakout film.]

Four Lions is a film about terrorism, jihad and Islam. More importantly, Four Lions is a hilarious and humanizing portrait of fatuous solidarity, filled with marvelous profanity and explosive slapstick. Undoubtedly a lot of ire will be drawn over this film when the main stream media decides to pay attention. The Fox News stories practically write themselves, describing a comedy that laughs at terrorism and at our attempts to stop it, and while that may be the case there is a decided care and equipoise that negates any argument put against the film.

It may have been the wonderful introduction by director Chris Morris, citing the many bungled attempts of Jihadists he encountered during his research: a terrorist with suppository explosives attempts to take out a Saudi prince, though due to unexpected surroundings the martyrdom attempt takes place in a tent opposed to the preconceived contained chamber and the plan goes astray. The bottom dwelling explosive whose intended purpose evoked a cacophonous explosion instead sends the martyr skyward leaving the prince unharmed, the tent incapable of directing the explosion in the intended direction.  Silly, reality based and counter to the standard vision of terrorists, embodied the storytelling of the evening. Or, and more likely so it may have been the competency and assuredness of a film that clearly understands its subject matter, that ensured I never came anywhere being offended as I was too busy laughing my ass off.

The vision of the calculated, evil terrorist that meticulously plots his devastating act amongst a group of equally inhumane people is torn down as we are given an oft true to life vision of bumbling, faulty hijinks.

This is not a terrorists are people film, this is a terrorists can and are as stupid as us film and the widespread fear mongering is just that, scare tactics. That is not to say that the film trivializes terrorism or Islam but instead brings the parties involved into a light we don't have to constantly fear, a realm of absurd pratfalls and radical ineptness.

Chronicling a group of five Jihadists as they plan their attack the film manages to present a global incompetence on all sides of the issue, without demeaning any party involved. The cops get as much right as the terrorists, which is to say not much. The families and non-radical Islamists while involved in some silly antics maintain the respect and cultural integrity deserved.

The single criticism I can level against the film is that the final act is overly sentimental. There is a solid amount of death in the ending, both of innocents and terrorists, and being a comedy, when it comes to casualties it is difficult to keep up the laughs while showing unwarranted death under these circumstances and while the scenes are handled with a droll aplomb there are musical cues and flashbacks that lend a melancholy air to the finale I wish wasn't there.

Four Lions is by far the most ballsy, deserving comedy of applause and your money I have seen all year. Support this awesome film.