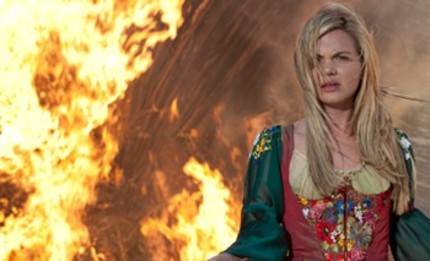 It has been thirty seven years since Robin Hardy unleashed The Wicker Man upon the world, thirty seven years in which he has directed only one other feature. But now Hardy is back behind the camera to wash the bad taste of the Nicholas Cage starring remake of his original classic away.

The film version of The Wicker Tree - Hardy's "reimagining" of The Wicker Man - has been talked about for years now, ScreenAnarchy covering it under the original title of Cowboys For Christ two and a half years ago. They got close to making it then but the finance fell apart literally days before shooting was scheduled to begin and it appeared to be a dead project. Only now not so much. The film is now in active production and the official website has just added a new teaser trailer cut together from the early footage. Check it below.
Sign-In to Vote
Tweet Post Submit