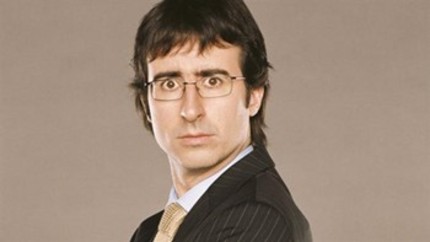 Jones - the other directing Python - has been away from the director's chair for a while but the man definitely has the touch, his Erik The Viking being one of my very favorite comedies that virtually nobody else seems to have ever seen despite it featuring a young Tim Robbins prancing about and singing that he is the AIR! He is the WIND! So, yes, I'm rather pleased that Terry is getting back in the saddle.

Details on the new film are sketchy beyond that it will include "aliens, a goofy Brit, a talking dog and buckets of silliness" with all of the surviving Pythons approached to voice the aliens, Robin Williams apparently on slate to voice the talking dog with Oliver being the goofy Brit. Yes, please.
Tweet Post Submit

Find the details at Deadline