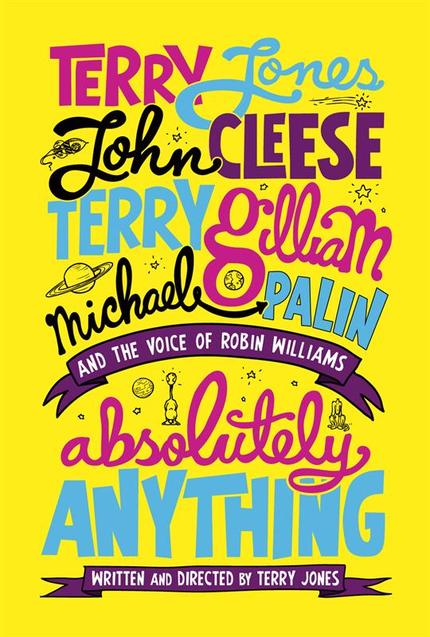 Terry Jones has gone and gotten the Monty Python gang back together - along with a couple of notable outside additions- for his latest directorial effort and after a long wait the first trailer for his Absolutely Anything has finally arrived.

Simon Pegg stars as a school teacher granted absolute power - literal, absolute power - to wish anything he wants into existence as a last gasp test for the survival of the human race after aliens - voiced by Monty Python members Terry Jones, John Cleese, Terry Gilliam and Michael Palin - issue a destruction order for the planet Earth. Should Pegg prove unworthy of his new gifts, we all go. First order of business: Give his dog the power of speech and thus give the sadly departed Robin Williams one of his final roles.

The trailer looks pretty much exactly as you'd expect from the premise and collection of talent which, to these eyes, is a good thing. While Jones has never achieved the same level of recognition for his directorial work as has fellow Python - and fellow Terry - Gilliam, his work in this regard has always been quite strong and under appreciated, Erik The Viking being a particular personal favorite.

Simon Pegg has absolute power! Monty Python are aliens! And Robin Williams is a talking dog! It's the trailer for ABSOLUTELY ANYTHING!