[UPDATE: Pre-order Links] Anime on Blu-ray News: LAPUTA: CASTLE IN THE SKY and MY NEIGHBORS THE YAMADAS 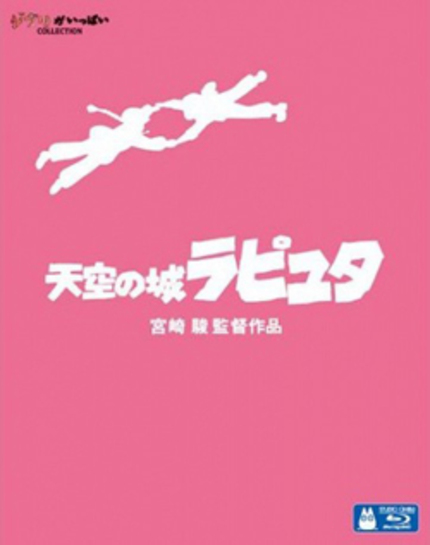 [Edit to update:  Apparently Takahata's pre-Ghibli feature Jarinko Chie (Chie the Brat) is currently available on Blu-ray in Japan.  Thanks to reader Jordan Scott for that!]

Was it really only last week that I posted about Nausicaa?  Well, online sources are indicating that Studio Ghibli's second and third catalog titles to go Blu will be Hayao Miyazaki's Laputa  and Isao Takahata's My Neighbors the Yamadas.  As far as I know, this marks Takahata's first appearance in high definition.  No information yet about extras, but they seem to be following the same template for packaging as a wonderful Nausicaa set, so it is certainly something to look forward to.  We'll be posting links to pre-order as soon as Yesasia lists them.  Chances are that these will be in the $60-80 range for those of you in the USA, but who knows when we'll see these titles hit American shores, especially Yamadas.  The current release date is set at December 22, watch this space for more info.  I wonder how long until they get around to them all, I'll be counting the days until we see My Neighbor Totoro in high definition!  Which Ghibli film are you looking most forward to?

Order Laputa: Castle in the Sky Japanese Blu-ray from Yesasia!

Order My Neighbors the Yamadas Blu-ray from Yesasia!

More about Laputa: Castle in the Sky