PIRANHA 3D 2 Gets The Greenlight. Why Is A Film That Made Less Than Scott Pilgrim A Success? 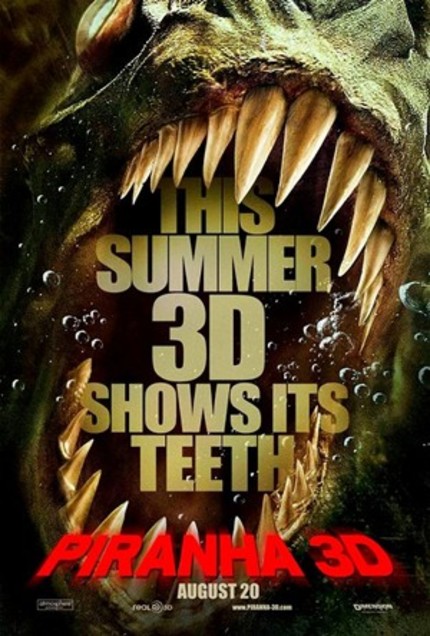 To all those who say they don't care about box office and budgets, here's why they matter.

Scott Pilgrim Versus The World opened to eleven million dollars and is widely being considered a failure despite being an absolutely fantastic film.

Piranha 3D opened to ten million dollars and has already had a sequel green lit.

Why? Because Piranha 3D cost a reported twenty four million to make - meaning it is comfortably on the path to profitability - while Scott Pilgrim is listed at sixty but reportedly spent significantly more, meaning barring a Christmas miracle when the DVD releases it is on pace to lose a significant amount of coin, far more than any of the villains exploded into when defeated.

Does box office indicate quality? No, not even remotely. But it does indicate the scope of an audience. The scope of Piranha's audience covers the cost of catering to them. The scope of Scott Pilgrim's does not. Guess which director is going to have an easier time setting up their next film?