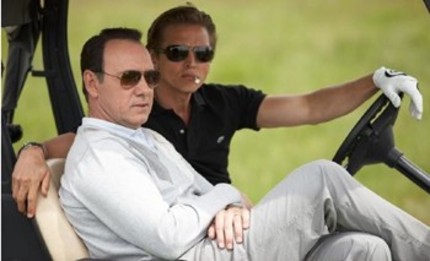 Soon to premier as a Gala at the Toronto International Film Festival, George Hickenlooper's Casino Jack - previously known as Bagman - stars Kevin Spacey, Barry Pepper (where has he been?), Jon Lovitz and Kelly Preston in the true story of lobbyist-turned-convicted-felon Jack Abramoff.  Not to be confused with the Alex Gibeny doc of similar name and same theme (Casino Jack And The United States Of Money) this version plays the story as a thriller. Check the trailer below.