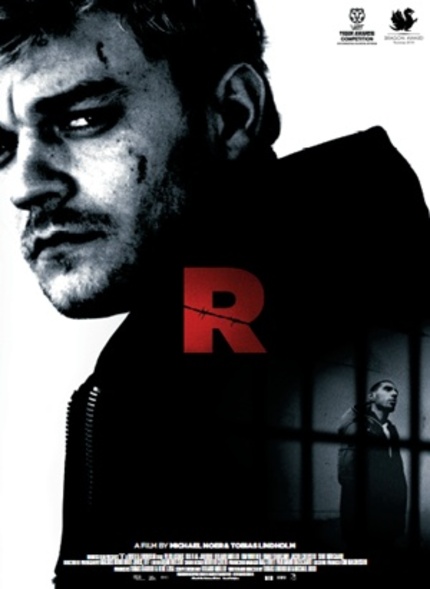 [Stephanie from Evokative Films just tweeted that this trailer didn't seem to be available with English subtitles anywhere, a tweet I took as a challenge. So here's our post about Danish prison drama R, updated with an English subtitled trailer.]

Young Danish directors Michael Noer and Tobias Lindholm have been turning a lot of heads with their prison drama R. Raw and powerful, the film drew much critical love in Rotterdam and with its Danish release coming in April will soon be putting its stamp on their native country. Looking just a little more polished than Nicolas Winding Refn's Pusher films this should, nonetheless, play right to the same crowd.  Here's how sales agent TrustNordisk describes it:

The prisoner R arrives to Denmark's toughest prison, where he is to serve a sentence for violent assault. R is reduced to a number, a letter, just another inmate.  The prison is a parallel world filled with rules, honor, and debts. A world, in which bars cover the windows and blood stains the floor. R is placed in the most hardcore ward. Here he must find his place in the system, learn to navigate, and fight for survival.

Check the trailer below!
Sign-In to Vote
Tweet 0 Submit