Can Shyamalan Redeem Himself With DEVIL? 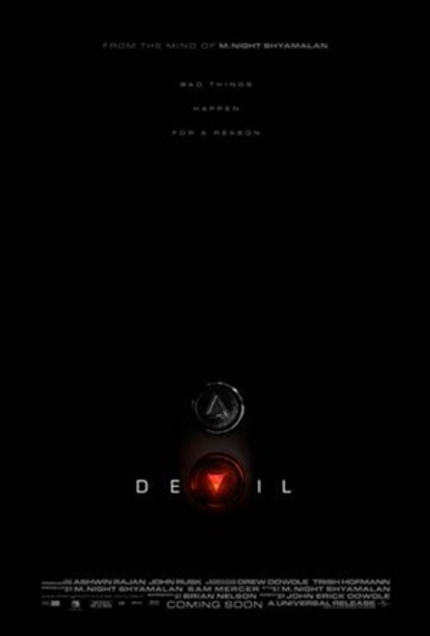 Can Shyamalan the writer-producer win a little more love than Shyamalan the director? After he took a critical hammering for The Last Airbender it seemed a good number of people were quick to declare the career of M Night Shyamalan dead. They were too quick, in fact, and obviously too lazy to do even the most basic research because the man already has a number of other projects greenlit, among them the three film Night Chronicles series of films which Shyamalan is creating stories for and producing while passing directorial duties off to young emerging film makers.

For the upcoming Devil the film makers in question are the Dowdle Brothers, the sibling duo responsible for The Poughkeepsie Tapes and Quarantine. They're being a bit coy with plot details at this point, releasing a synopsis that says no more than that it's a supernatural thriller with Shyamalan's "signature touch", but the freshly released trailer pitches it as a thriller about a group of people trapped in an elevator, one of whom may or may not be the devil incarnate.

Thanks to these projects Night basically has three shots to reclaim his career - he may have at least one directorial effort already set up as well - so what do you think? Is this a step back towards being the man who man The Sixth Sense and Unbreakable?
Tweet Post Submit