US Trailer for IP MAN 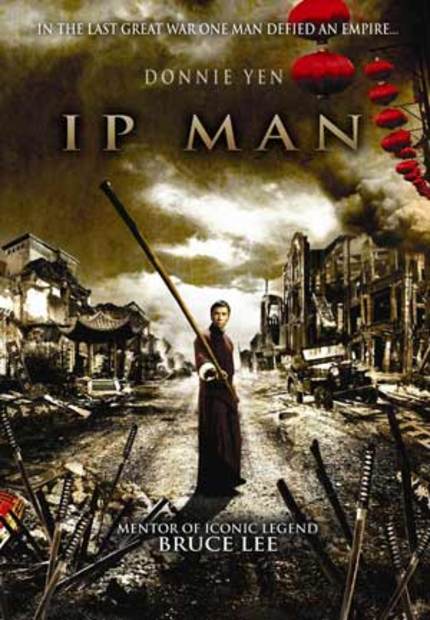 Wilson Yip's highly acclaimed semi biopic Ip Man is arriving to North America shores this summer and so, as expected, a US trailer has been release via Yahoo! Movies.  If you still haven't seen this already then all I gotta say is what the hell's the matter with you! Your missing out on one of the best martial arts film ever.  A definite must-see!

Ip Man is the award winning film adaptation about the life story of Ip Man, the grand master of the Wing Chun style of kung fu and sifu (master) of legendary kung fu superstar Bruce Lee.

Set in Foshan, China, during the Sino Japanese War, Ip Man vividly brings to life the brutality of the infamous Japanese occupation, where once proud men are forced to fight till their death for a precious bag of rice. Defined by courage and humility, one man rises to the fore, Grandmaster Ip Man (Donnie Yen), whose matchless fighting skills are revered all over China. Upon refusing to teach his beloved fighting art to the invading Japanese soldiers, he is forced to fight for the honor of his country in a series of battles that will culminate in a kill or be killed showdown with General Miura (Hiroyuki Ikeuchi) Japan's greatest fighter.

Well Go USA will release both the DVD and Blu-Ray on July 27th. You'll find the US trailer embedded below.
Tweet Post Submit