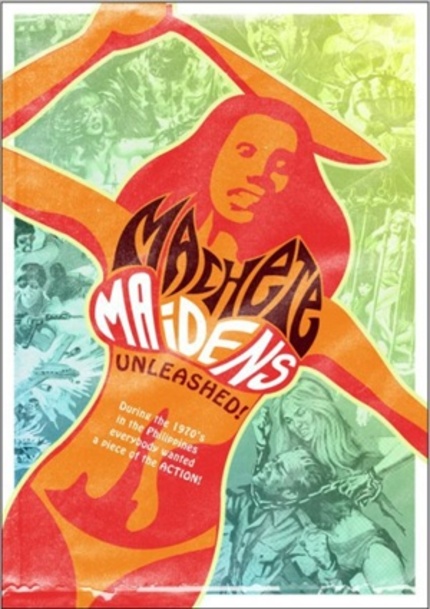 How do you follow a film like Not Quite Hollywood, a critical and crowd favorite chronicling the history of exploitation film in Australia? If you're NQH director Mark Hartley you cast your eye over the sea to the Philippines, hotbed of American funded exploitation film production throughout the seventies. The end result is Machete Maidens Unleashed, another riotous, energetic blast of film insanity from the days when there seemingly were no rules about what could and couldn't go on screen and what rules there were were happily ignored.

From the early '70s well into the '90s the Philippines was a back-lot for a bevy of B-movie mavericks and cinema visionaries alike. The country was utilized for its inexpensive labour, exotic locations and distinct lack of rules. A large body of genre work emerged that somehow managed to capture the raw, chaotic energy of contemporary Filipino culture. These productions (a cavalcade of monster movies, jungle prison movies, blaxploitation and kung fu hybrids) were miraculously made at a time when the country's political situation was repressive at best.

MACHETE MAIDENS UNLEASHED! is the ultimate insiders' account of genre filmmaking in the Philippines. A role call of local and international survivors from this period have been interviewed, all adding their distinct and honest account of this Devil-may-care school of filmmaking. Sitting alongside the talking heads are a dazzling array of outrageous film clips from key Filipino titles.

Partially funded by the Melbourne International Film Festival, Machete Maidens Unleashed will premiere there in July. Check out a the insanity in trailer form below!
Tweet Post Submit