HACHI: A DOG'S TALE is out on DVD and Blu-ray 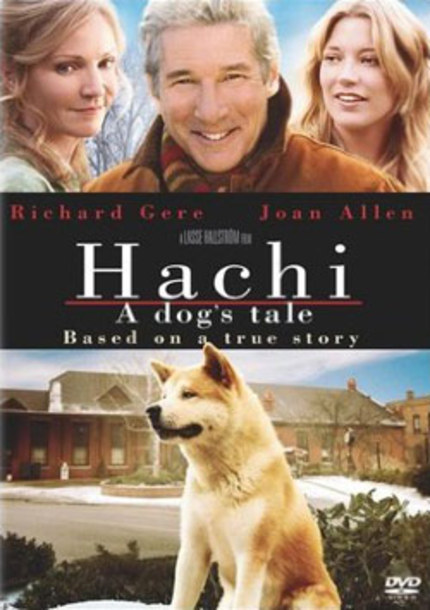 A little gem of a film that flew under the radar in North American but apparently tugged the audiences heartstrings everywhere else is Hachi: A Dog's Tale.  Its based on a true story in Japan about a dog Hachikō who received national attention for his unwavering loyalty to his owner, even in death.  His touching tale is so revered that a stature was build in his honor.  If you hold a softspot for our man's best friend, then this is up your alley.  Just be sure to keep a box of tissue on hand.

From Academy Award®-nominated director Lasse Hallström (2000, The Cider House Rules) comes HACHI: A DOG'S TALE, a film based on one of the most treasured and heartwarming true stories ever told. Golden Globe® winner Richard Gere (2002, Best Actor in a Musical or Comedy, Chicago) stars as Professor Parker Wilson, a distinguished scholar who discovers a lost Akita puppy on his way home from work. Despite initial objections from Wilson's wife, Cate (Academy Award® nominee Joan Allen - 2000, Best Actress, The Contender), Hachi endears himself into the Wilson family and grows to be Parker's loyal companion. As their bond grows deeper, a beautiful relationship unfolds embodying the true spirit of family and loyalty, while inspiring the hearts of an entire town.