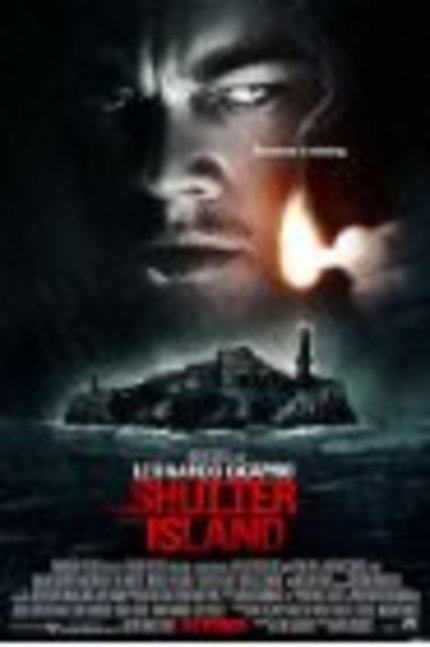 Martin Scorsese is commonly referred to as the greatest living American film director - even at times when he doesn't quite deserve it. To be fair, Scorsese is considerably prolific, involved not just with feature film directing, but also working as a television series producer and pop-cultural documentarian, as well as being a film restoration proponent and historian. Indeed, I have to admit that in recent years I've become more of a fan of Scorsese's work as a film historian than as a director. That's not to sell his directing work short - "The Departed" ranked as my #1 film of that year. But when compared to his volatile and vibrant earlier classics, including "Mean Streets", "Taxi Driver", and "GoodFellas", (all starring Robert De Niro) later works such as "Gangs of New York" and "The Aviator" (all starring Leonardo DiCaprio) have a certain remoteness that, deliberate or not, often creates a cold disconnect for viewers. For this reason, among others, the effectively unsettling yet genre-conventional "Shutter Island" falls squarely into the latter category.

Those familiar with Scorsese's well-documented cinematic influences and admirations should not be surprised to learn that his latest film, a rare foray into genre filmmaking - and the oft-derided horror genre at that - is one part Val Lewton atmospheric thriller (particularly, see his films "Bedlam" and "I Walked with a Zombie"), two parts Sam Fuller's bravura mental institution crime yarn, "Shock Corridor", with a little of Antonioni's "L'avventura" thrown in. That is to say, those currently dismissing "Shutter Island" for merely being a horror film, and therefore beneath greatest-living-American-director Scorsese, are simply ignorant of his own influences and admirations. They don't know Scorsese well enough, and are dismissing "Shutter Island" for the wrong reasons.

And to what level it deserves to be legitimately dismissed is debatable. Adapted from a novel by Dennis Lehane, "Shutter Island" is essentially long stretches of expository exchanges punctuated with moments of sheer utter horror, deriving from madness. The true stars of this film are cinematographer Robert Richardson, production designer Dante Ferretti, and editor Thelma Schoonmaker. Their work here is among the best of their careers, collectively evoking a Kubrickian aesthetic reminiscent of "The Shining" and "Eyes Wide Shut". As Kubrickian as this film can be, I wouldn't be surprised if it ultimately enjoys the arc of appreciation most Kubrick films experienced: ten years of being considered a disappointment, then giving way to being acknowledged from then on as ingenious. If so, I'll stay historically true to form - count me squarely in the disappointment category (at least to a point). I acknowledge that there is much to appreciate about this film, but after the long slog that it is, it leaves us wondering what the point is - and I don't think that's in a good way. As of this writing, I'm convinced that at the end of the day (well, at the end of the film,) "Shutter Island" is simply a really scary (but really unwieldy) horror film - that and that alone being the point.

There has certainly been unsettling horror films built around themes of mental unraveling and insanity. That is not new. What Scorsese seems to be attempting to bring to the table is a heightened level of real-life, relatable horror that triggers and accompanies the events of the film. Inescapable sins of the past. Wartime atrocities. The death of a spouse. And perhaps the most universal horror of all, the murder of ones own children - the killer residing within the family. (Again, evoking "The Shining".) It's all laid out on screen in a lucid and unflinching way, and it does resonate. But with themes like that, it's almost hard for it not to.

The story begins with U.S. Marshal Teddy Daniels (Leonardo DiCaprio) and his new partner (Mark Ruffalo) arriving to a prison-like island-based facility for the mentally deranged to investigate the mysterious disappearance of an inmate (make that "patient"). It's 1954, and the shifting theories of popular psychiatry are playing themselves out among the facilities' powers-that-be, played by Ben Kingsley (the benevolent one) and Max von Sydow (the inhumane one). Daniels' investigation gives way to his own complex conspiracy theories about what really happens on Shutter Island, and after a while, no one can be trusted as the original mission is all but forgotten in a downward spiral of upending information, false leads, and bizarre interactions. The audience is shuffled from one long-winded exchange after another, some of it pertinent information, much of it horse crap. All the while, the nightmarish flashbacks and environments of the film keep everything on edge. Scorsese has never been one for tying everything up with a nice bow at the end, but in this case, after two and a half hours of being told one thing, then the opposite, then back again, and ending up nowhere, it's easy not to be satisfied this time.

It should also be said that thematically speaking, many in the audience might find this a shockingly disturbing film. I'm sure scores of patrons will go in expecting an entertaining twisty psychological thriller, but will exit ever-so-traumatized. The fact that it all plays like a conventional nihilistic horror film makes it all the more so. That point, right there, could be the ultimate subversion of this film. This is no doubt a film that rewards multiple viewings, as it's loaded with layers of nuances, hints and clues - but for me, I don't know of a time when I'll be revisiting this island. Maybe in ten years; we'll see. Scorsese may very well be America's greatest living film director, but they can't all be Oscar winners. I'll give him a pass on this one, and hope for something less clunky and more personal next time (be it genre based or not).