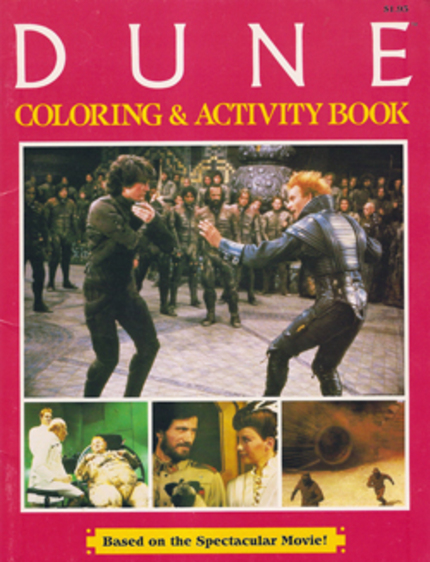 Well, there you have it. The director of such action films as the first Balineue 13 film, Taken and the upcoming From Paris with Love has been signed on to lens the next incarnation of Dune, based on Frank Herbert's novel from 1965.

We've already had David Lynch's theatrical effort from 1984 and John Harrison's mini-series from 2000. Presently no writer has been signed on to adapt the novel yet again.

Though I have never read any of the books, a shameful thing to admit to some of you, I reserve a minute fondness for both previous efforts and I understand the universe of Dune's place in scifi fandom. My response to hiring a director with only action films under his belt, though I like Taken and B13 very much, is, I think, accurately demonstrated by my choice of image for this brief post. This, is how I think it will be treated. Well done, everyone who will soon be involved.
Tweet Post Submit