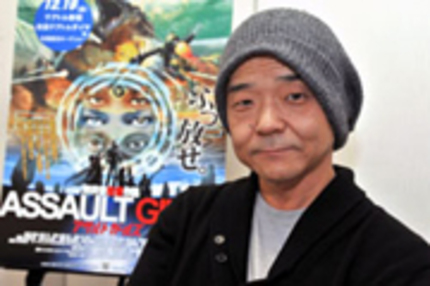 Mark Schilling from the Japan Times talks with Assault Girls director Mamoru Oshii about his film. For example...

Describing the genesis of "Assault Girls" in a recent interview with The Japan Times, Oshii denied having any master plan. Instead the process of assembling the various bits and pieces into a single film was more accumulative.

"While I'm making one film, I'm thinking about how to make another, even while on the set," he said. "I remember (those ideas) and when I get the next chance (to make a film), I use them, with the same characters and the same world."

The rest of the article can be found at the link above!

I always held Mark Schilling in high regard, but Avalon being Oshii's first live action film??

Yeah, in my way of counting "Avalon" is number 4... and that's without knowing if Oshii did more on the sly.

Not many people know about Oshii's early live action films though. When he was holding a press conference in Europe years ago (for "Avalon") someone asked him a question about "Red Spectacles" and Oshii was totally surprised that anyone had seen it.