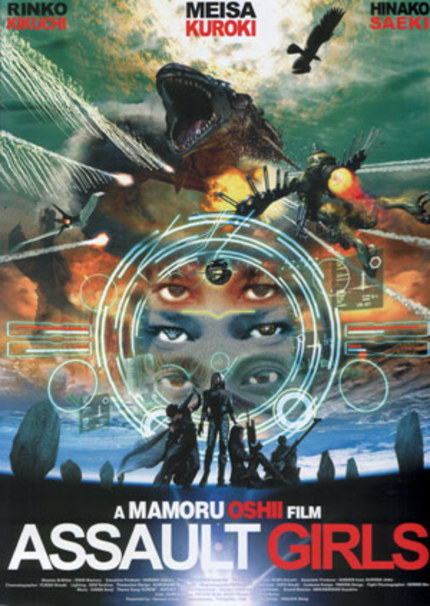 Can't get enough of attractive Asian women with great big guns doing battle with giant creatures?  Well, here's a bit more from Mamoru Oshii's Assault Girls, then.  The production is favoring slightly tamer art than this for the US and International publicity but we've got our hands on the Japanese art for the latest from the Ghost in the Shell director and this is the version I prefer.  Already complete, the film is slated to receive a theatrical release in Japan in mid-December.

The story takes place in an in-game virtual space called "Avalon (f)", a barren desert-like battlefield, resembling a devastated world after a nuclear war.  "Avalon (f)" is a world full of gigantic monsters.  It is a fictional world where an endless "hunt", known as "play", repeatedly takes place.  The drama centers around a sniper who pilots a camouflage fighter plane; a sorcerer who can freely transform herself; a woman fighter equipped with an assault rifle on a horseback; and a large-framed man equipped with an anti-tank rifle.  There is also the "Game Master" who watches the players from the air.

In a world where giant Sunakujira (Sand Whales) monsters crawl the earth, storming battleships fly high up in the sky, and assault rifle muzzle flashes go off everywhere, can anyone shoot down the mutant monster, Madara Sunakujira (Spotted Sand Whale)? If so, who?!

So, the similarities to Avalon in the production design are clearly intentional.  Oscar nominated actress Rinko Kikuchi stars. 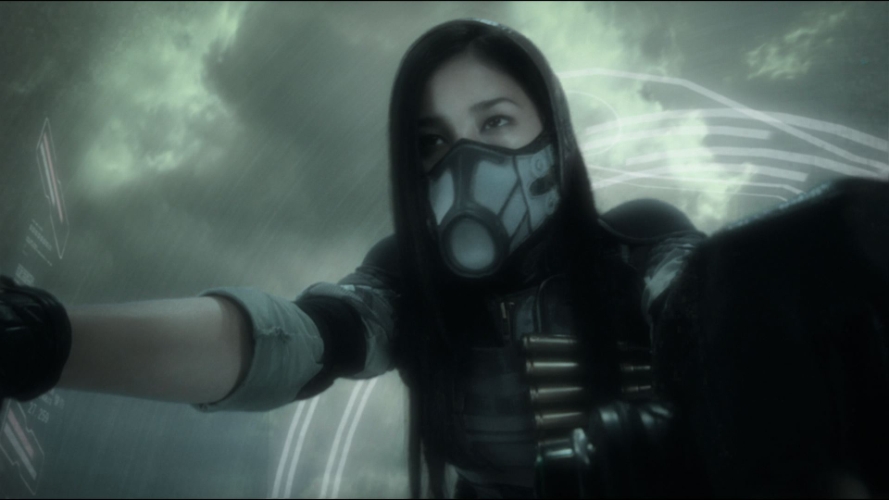 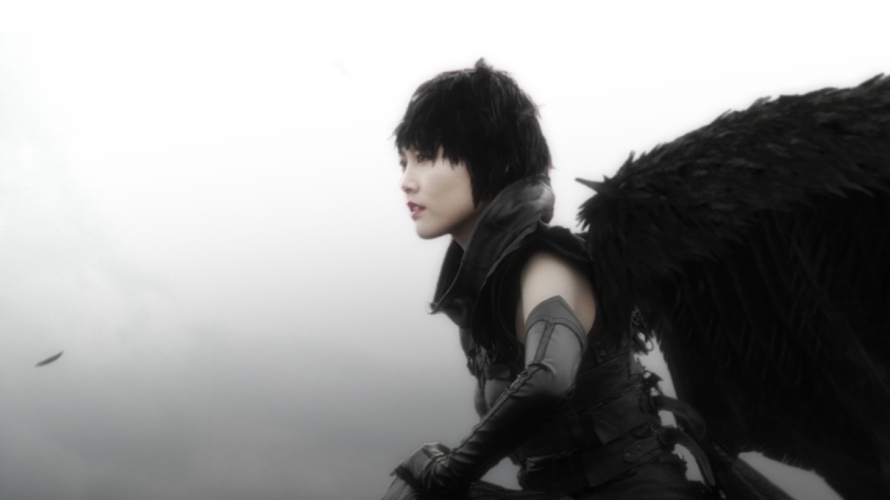 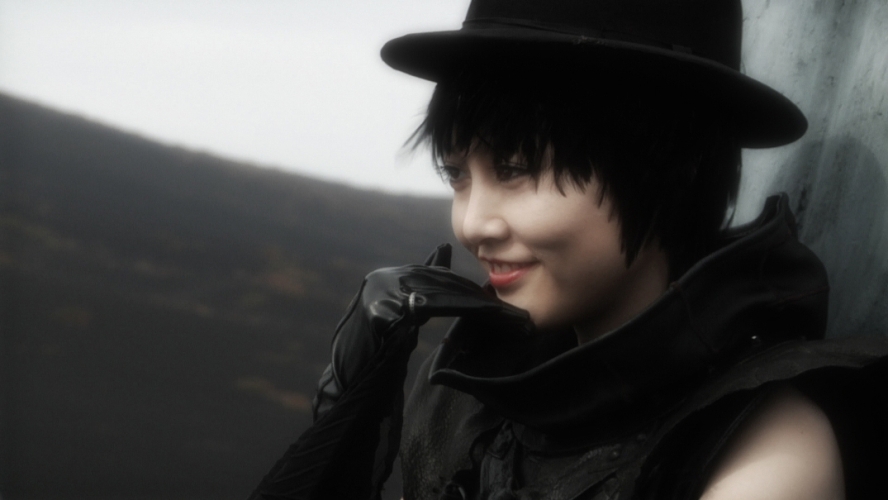 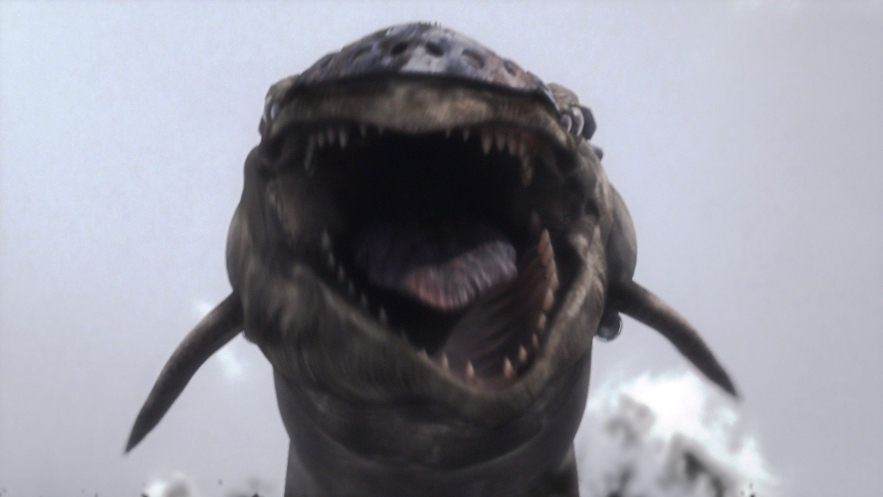 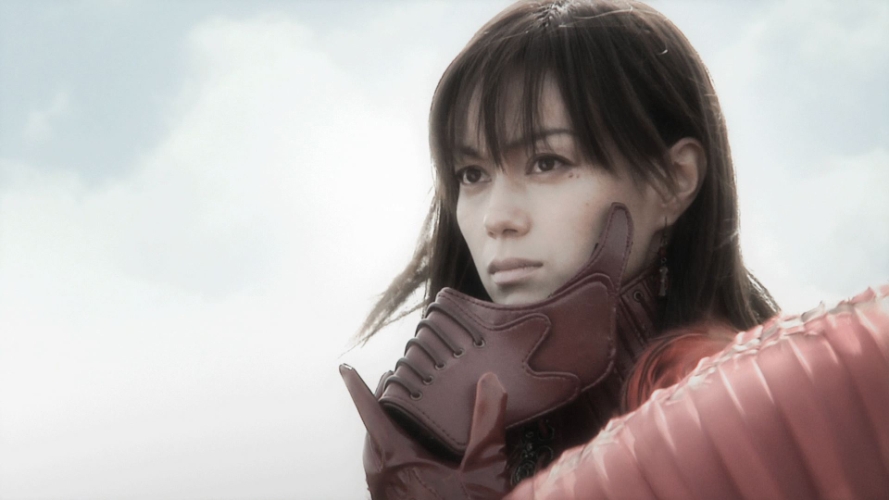 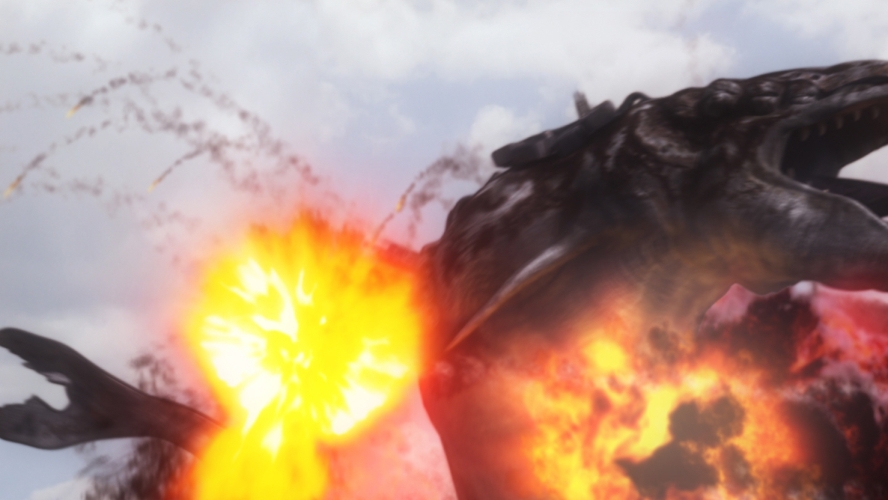 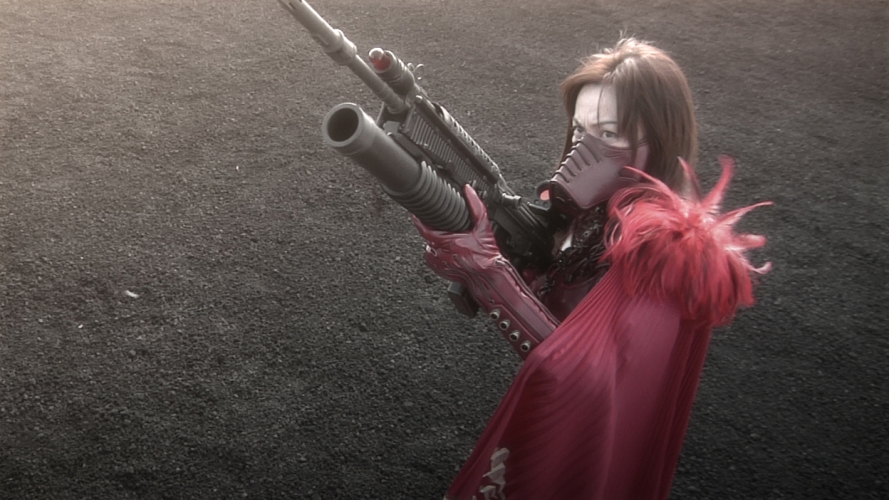 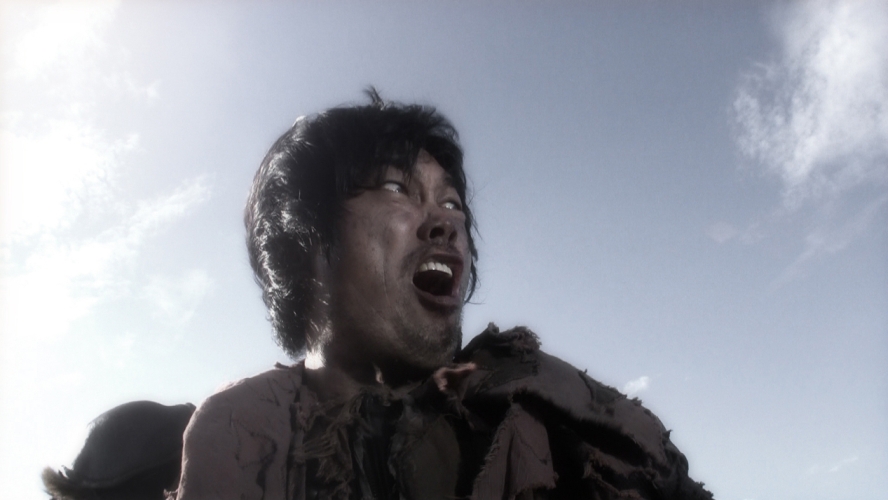 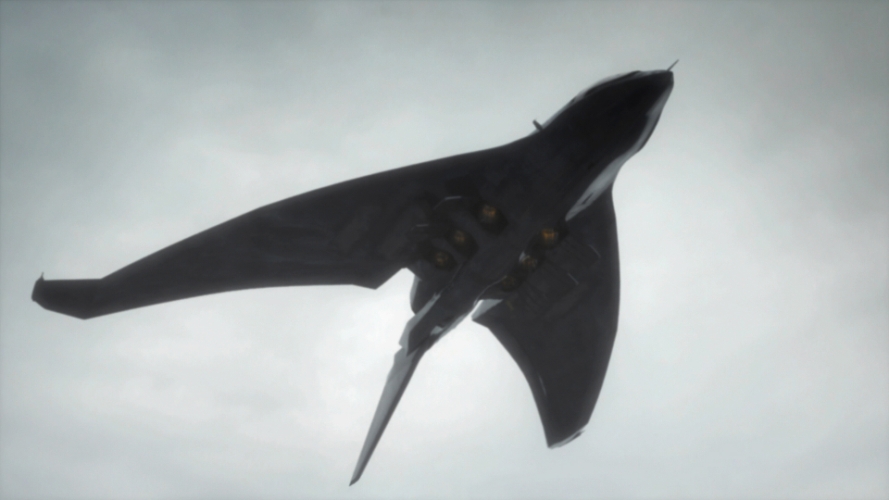 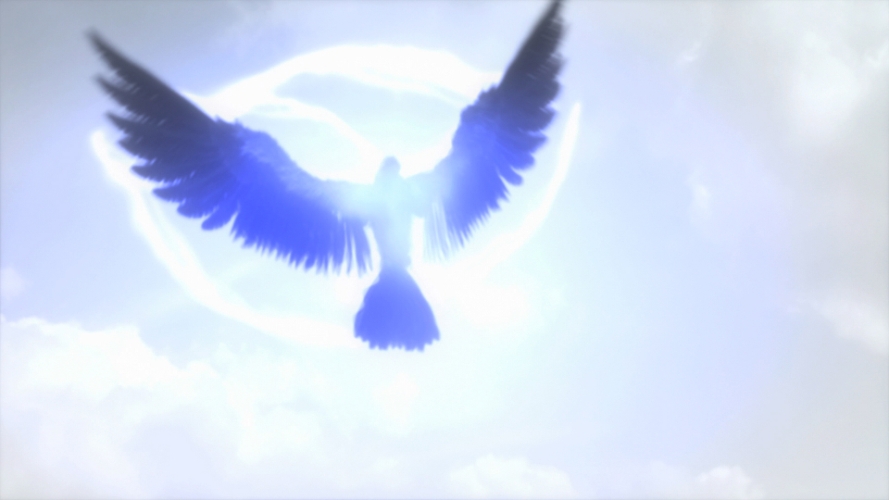 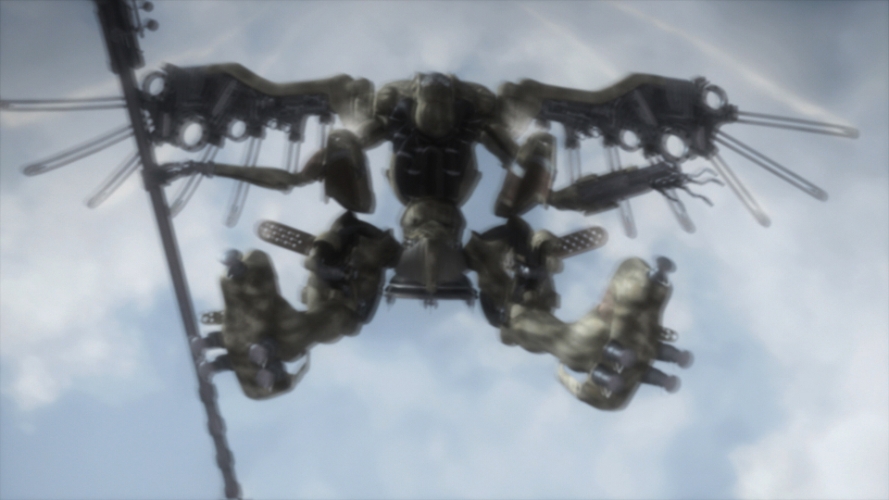 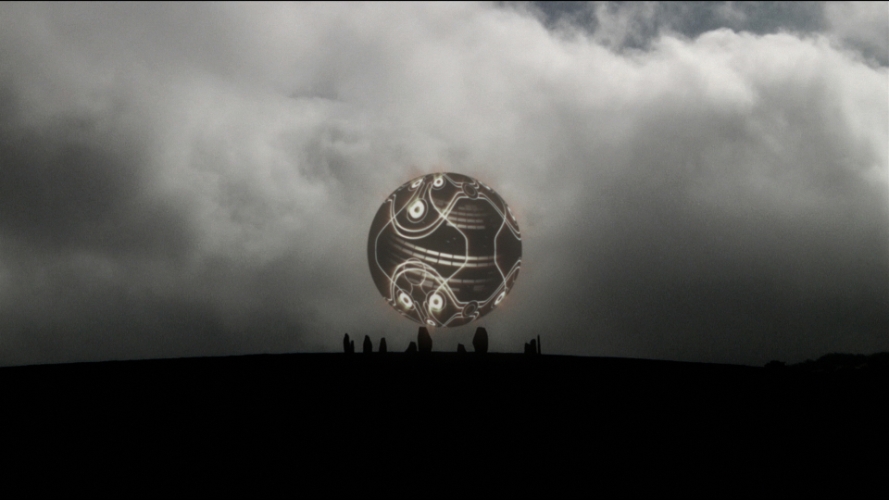 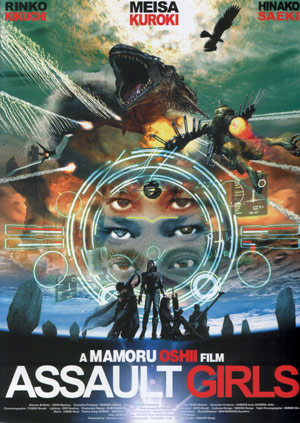 That trailer keeps growing on me.

This title will be mine one day. Mine! MINE!

Uhm.. the soundtrack is already up for pre-order on several sites, and is composed by someone called Noritsugu Kawai. I presume that is Kenji Kawai or are we talking family?

The kanji for Kenji can also be pronounced Noritsugu. If you saw that name I'd assume the translator just didn't know which pronunciation to go with.

Ah, thanks Brian for clearing that up.

And good news too. Seeing as how I consider the "Sky Crawlers" soundtrack as being on of last year's best, the "Assault Girls" CD will be a blind buy for me!