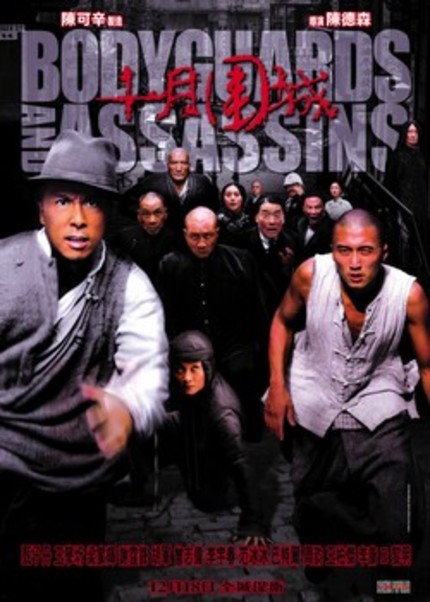 First one to set the mood, second one to tell a story, third one... I haven't seen it. But the fourth trailer is certainly for the action fan who's been asking himself if Hong Kong still has it, and it should answer the question pretty explicitly. Of course the action takes center stage, but the HK replica set is truly stunning both in detail and artistry.

Releasing on December 18, the film is set in 1905 Hong Kong, as a group of bodyguards attempt to protect Sun Yat-Sen from an onslaught of, well, assassins. Directed by Teddy Chen, this bad boy stars a who's who of Chinese cinema, from Leon Lai to Donnie Yen, Eric Tsang, Fan Bingbing, Hu Jun, Nicholas Tse, Simon Yam, Tony Leung Ka-Fai and even Jacky Cheung (cameo, I suppose?). The $23 million action blockbuster did well at the recent AFM, selling to the UK, Canada, Middle East and Korea.

But enough with the chatter. Action!