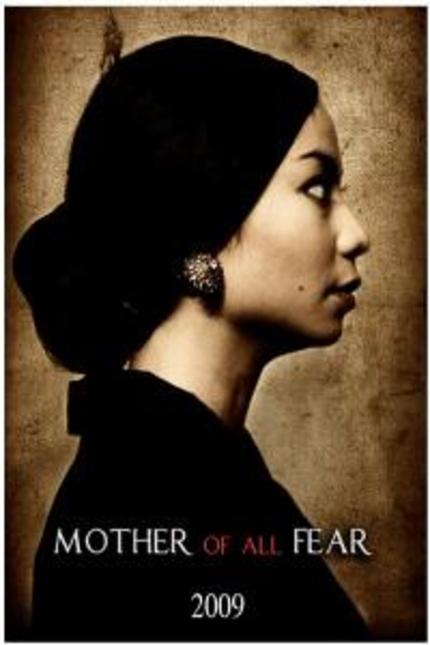 [This review originally ran when Indonesian slasher Macabre premiered at PiFan. We're republishing it now with the film having just had its European premiere at Sitges.]

The premise is familiar: A van full of friends traveling through the remote countryside stop to help a young woman, their act of kindness repaid by a night of violence, mayhem and death. We've seen this before but when it comes to Indonesia's Macabre the execution is the thing - if you'll pardon the pun - and Macabre executes well and often, the film spiraling on the edge of control into a blood drenched fugue of death and dismemberment. It is a film so intensely blood soaked that its creators willingly concede that it will never be cleared by censors in its home country as it stands now, a situation that has them currently working on a self-censored version to give themselves some degree of control over what Indonesian audiences will eventually see.

A feature length expansion of characters found in the Mo Brothers' previous short film Dara, Macabre takes key concepts from that film and pushes them out into new, unexplored dimensions. We begin with Adjie, a young man about to move permanently to Australia, travelling with his heavily pregnant wife and a group of friends to make one last-ditch attempt to reconcile a broken relationship with his sister. It's hard for Adjie to even get his sister - Ladya - to speak with him but she eventually relents and agrees to travel back to Jakarta with the group to spend what little time remains before Adjie flies away with him and her childhood friends.

It seems like a good ending except we're only at the beginning and the friends' plan is cut short when they discover Maya - a beautiful young woman standing catatonic in the middle of a rainstorm, able to say only that she has been robbed. The friends take her and return her home, where the meet Maya's strangely unsettling mother Dara and her two brothers - the family insisting that they be allowed to repay the group's kindness by preparing them a meal. And here is where things turn nasty in a hurry. Maya is nothing more than bait. There has been no robbery, nothing bad has happened to her at all. But something very bad indeed is about to happen to Adjie, Ladya and their friends ...

With Dara having won a large and vocal cult following around the globe, Macabre struggles somewhat with the weight of expectations and a fairly pedestrian opening act. We've seen these basic characters and scenarios before, there's nothing particularly new in the early going, and with the execution a little bit choppy the first fifteen minutes give reason to worry that Macabre may crumble under the pressure of anticipation and expectation. Things are a little shaky, frankly. But then they get to the house.

Dara and her brood are bizarre, otherworldly figures. Dara and her son Adam, in particular, having an almost insect-like predatory hunger. The tension rises immediately once the group steps into their lair and we learn what Dara has in store for them. And from that moment on, Macabre is no holds barred war for survival. Blades, chainsaws, fierce and unnatural strength - the group must survive them all if they do not wish to end up shipped out in pieces in plain white styrofoam coolers.

There are undoubtedly some flaws here. Closer attention to the character work in the early going would have given the audience more of an investment in the main players and - therefore - more of an emotional response to what comes later and the Mo's have a tendency to jump straight to the kill when teasing the audience a bit first - playing a bit with the dynamics of build-and-release tension - would make the payoff that much higher, but they have clearly delivered one hell of a calling-card picture here - one that will turn heads around the globe for all the right reasons.