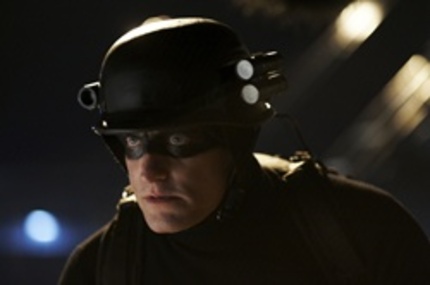 Good news for fans of odd-ball superhero films. Defendor, directed by Peter Stebbings and starring Woody Harrelson has been picked up by Sony for worldwide rights, with exception to here in Canada. We can do well enough on our own with Alliance thank you very much. Defendor took a bow at this year's TIFF and below is an excerpt from Todd's review.

Stebbings not only proves to be a fantastic actors' director - drawing solid performances out of his entire very skilled cast - but also an impressive visual stylist... takes his place as one of Canada's more promising new directors in years, easily able to blend character work and obvious commercial sensibilities... As solid as Stebbings' work is, however, it is Harrelson who carries the film. He creates such a compelling figure out of Arthur / Defendor that it becomes easy to find the humanity and tragedy in the character, elements that could easily be lost in the general silliness of a grown man fighting crime with marbles.
Tweet Post Submit