And the megaton-AoM winner is... 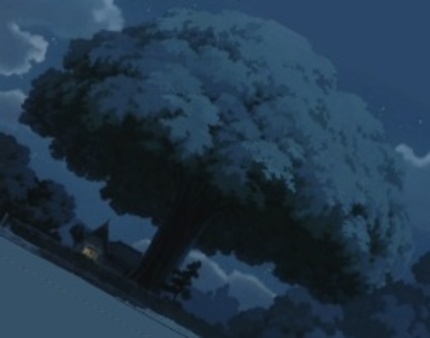 To all intents and purposes the ScreenAnarchy-O-Meter is never meant as a match, or as an awards show. But whenever you start comparing a bunch of lists, trends creep up and general favorites appear.

In the first MEGA-ToM everyone had to give their personal list of which directors they thought to be the best, and at the end of that week the most mentioned person turned out to be Johnnie To. This was a great surprise to me. Intrigued as I was I started checking out his more recent output and... wow. Nowadays I can only agree with putting him on such a list.

In the second MEGA-ToM, last week, people were asked to list their top 8 of most beloved films. Jaws got mentioned more than once. Blade Runner too.

But one film was mentioned more than any other. And again it's a surprise, even though it was also on MY list. Between all the war horrors, space monsters and existential experiments it's actually a childrens' movie that got the most love last week.

So THIS week, I give you five reasons why "My Neighbor Totoro" is just so damn good...

I've seen Totoro with my wife, with neighbors, with my parents, and everyone agrees on the same thing: the kids' behavior is uncannily realistic. Little things, for example how animal-like Mei reacts when Totoro moves his tail in his sleep, or Satsuki's face when she finally crumbles under the pressure of forced responsibility. We've all known children who acted that way at some time, or maybe we even remember what it was like to be that age ourselves... Miyazaki paints a nine-year-old and a five-year-old, but we see real children.
There is always a difference between "a childrens' movie" and "a movie with children in it", but "My Neighbor Totoro" actually manages to be both because of the respect with which the two leads are treated throughout the film.

But with less workload please...I'm a natural born lazybones.
Seriously though: his reaction to Mei's tantrum after she has seen Totoro for the first time (but is unable to show proof of it) impressed me very much the first time I saw it. The childrens' reaction to his response (again, totally believable) made me think about what I'd do in a similar situation.
My conclusion:
I have to be like him. He is my role model for dealing with children.


3: What can we use instead of a nuclear bomb?

No Japanese animation is complete without a city being blown to smithereens, right? Having been on the receiving end of a nuclear strike seems to have left a need inside the Japanese to put references towards that event inside every single animated film made. Miyazaki's first two films for Studio Ghibli both feature atomic blasts to devastating effect, each time warning the audience of the terrifying and unfathomable power resting in such weaponry.
So what to do with "My Neighbor Totoro"? It's not that kind of film, after all... The answer (as found at the top of this page): we grow a tree. A REALLY BIG TREE which grows REALLY FAST. For a moment the thing is almost scary, as if it will grow out of control like a tentacle-monster or something. But that will never happen on Totoro's watch of course. Instead, it's a gentle reminder of who invented the mushroom-shape first: plants.

WANT! When Satsuki steps in and sits, you can almost feel how soft the inside must be for her sore feet at the time. Aaahhh....
Hayao Miyazaki must have visited Amsterdam during his European travels in the Seventies, because we are famous for selling the kind of herbs necessary to think up something as blissfully deranged as the Catbus. Only a true genius like him can put such a thing in a childrens' movie and make it first eerie, then funny and finally COOL.

I own the soundtrack.
When my son was two and I put that CD on, he'd either fall asleep or unfailingly point out what would be happening in the movie during each specific bit of music. It is telling of how well Joe Hisaishi's soundtrack is married to the images. Granted, the main family-theme is a bit of a rip-off of Cliff Richard's "We Are Going on a Summer Holiday" but that doesn't matter one bit (Mr.Hisaishi at least makes that tune seem timeless and listenable).

And the songs which open and close this film are insanely catchy. Be warned!
Tweet Post Submit

Do you feel this content is inappropriate or infringes upon your rights? Click here to report it, or see our DMCA policy.
Hayao MiyazakiChika SakamotoHitoshi TakagiNoriko HidakaShigesato ItoiAnimationFamilyFantasy

More about My Neighbor Totoro