THE TIGRESS OF SHAOLIN Review 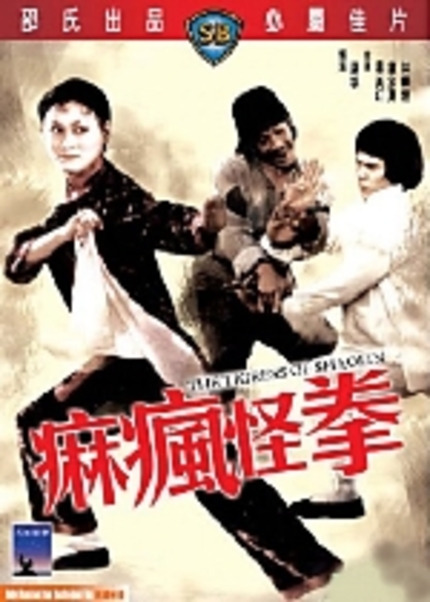 1979 martial arts comedy The Tigress of Shaolin is a minor oddity from the Shaw Brothers studio. The only Shaw Brothers effort by writer-director Lo Chi the film was built around the talents of two then-unknown stars, featuring the debut leading roles of Kara Hui - who would go on to fame in My Young Auntie among others - and Liu Chia-Yung, the nephew of the legendary Lau Kar Leung. That this film was marketed largely around Hui despite her relatively minor role is not surprising considering her connections to Shaw Brothers titans Chang Cheh and Lau Kar Leung, who considered her a protege, but what is a surprise is that this is the only film the charismatic, charming and vastly entertaining Liu would ever star in for the studio despite his family connection.

Liu stars as Ah San, a kung fu obsessed young man orphaned when his father takes ill and dies. Poor and alone he travels to the city to find his fortune and, with the help of an introductory letter passed to him by his father just before his passing, is eventually taken in by a medical clinic as a low level helper. But Ah San's inquisitive nature doesn't mesh well with the goings on at the clinic, run by an unscrupulous gang of Tibetans who hawk false medicines in the street, send out thugs to beat up people in the streets to drum up business and use the clinic as a front to run drugs. Soon Ah San knows too much and is on the run for his life. Helping him escape is the beautiful young woman played by Kara Hui, an orphan herself whose godparents are an old man skilled in drunken boxing and a broken down crone who practices the Leper's Fist. The makeshift family rescues Ah San from certain death and pass along the skills he will need to successfully battle the evil gang.

Played largely as a comedy The Tigress of Shaolin is, unfortunately, not very funny. The pacing seems just a little off on the jokes and much of the energy is sapped by a score that sounds like it belongs in an early eighties video game. The comedy is played predictably by the numbers and while it may have a certain comfortable charm it never provokes much more than a gentle smile. What the film does boast, however, are two immensely charismatic leads in Hui and Liu. Hui was one of the biggest female stars of her time and it's obvious why, even here in her first starring role. Hui embodies an unusual combination of beauty and toughness, grace and physical skill. As for Liu he seems an obvious superstar in the making, his on-screen persona playing like a blend of Stephen Chow and Jackie Chan though with better martial arts skills than either. Liu is an instantly likeable and charming performer and it is more than a little surprising how little on-screen work he has done.

This new remastered version of the film is up to the typical standards. The print is sharp and perfectly clean, the transfer in the proper ratio and English subtitles solid. Bonus features include a collection of trailers, an image gallery and information on the cast and crew.