State of British Comedy, The B.C.A's, The BBC, and Ruth Jones's Gavin & Stacey. 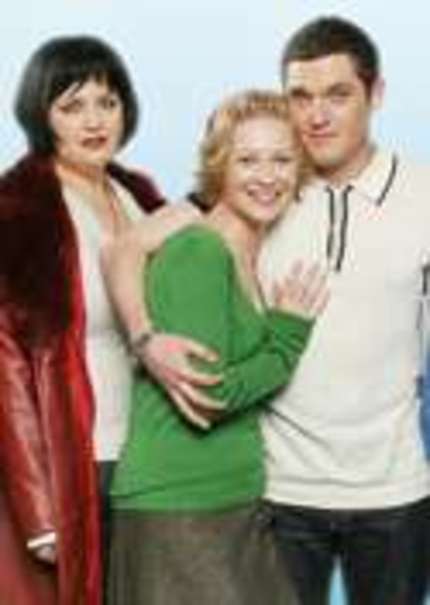 Few interlinking things buzzing around my head in recent weeks that could come together and give an interesting insight for those who can't directly follow it all but do pick up on some of the happenings in British Comedy. It's worth noting that the BBC is looking particularly over-stretched at the moment, having (in recent years) introduced extensive expansions to it's online activities and projects, having added BBC News 24 (statistically said to have, at times, literally no viewers at all - probably in the earlier hours of the day) and given us the more niche channels BBC Three and BBC Four.

Three offered a new home for experiments in popularising new comedy projects, and has also quickly become something of a interbred and interrelated series of shows featuring over-exposed actors and writers, both new and old. Stuck right at the end of a long run of utter mediocrity came a show that features Ruth Jones (who also wrote this show - Gavin & Stacey - and it's another show from Coogan's Baby Cow) who by now is familiar as an actress from 'Nighty Night' and Steve Coogan's 'Saxondale'. Cue, then, a pretty much universal and globally-audible sigh of disappointment in how little identity, power and interest the show seemed to offer... cue extensive advertising and repeats (or so it felt) and little much actual obvious recognition.

Gavin & Stacey is up for seven particular awards in the British Comedy Awards 2007 - something of a record, apparently. Now, awards are a promotional tool, but taken as recognition and a good way to gain more publicity for work which often passes the casual viewer by, even if there's a sense it's impossible not to hear about all this stuff. The Awards here are very short shortlists, familiar faces, same old stuff, not in recognition of the quantity, quality, diversity, popularity and general overall feel of what's on offer if you sit down to watch TV here on a regular basis. That said, ITV was the most recent screener of the B.C.A's, and having been embroiled in phone-vote scandals - TV here has become overly-reliant on finance earn from formats specifically designed to engage the viewers itchy dial finger all too often, resulting in scandals over rip-offs, lost votes being charged for, rigged votes, refunds, fines, resignations, and general temporary public disgust before they return to voting - and has suffered a fate-worse-than-most with a very suspiciously specific ITV dropping of the show in contradiction to their general policy of trying to cough loudly and sweep things under the carpet, a campaign to get it broadcast elsewhere (so far unsuccessful) and general disappointment that things seem to be firmly on a downturn.

So, you can expect odd happenings. The BBC is decruiting, restructuring, relocating, scrapping, shifting and weeding its way through a change of activities which will ultimately see a largely lackluster series of face-saving maneuvers to distract from the ideas most will have on offer from a public perspective; i.e stop spreading yourself so thin, get smarter, scrap Three and Four, News 24, maintain your long-held ideas of how the four (okay, five actually) main terrestrial channels still manage to set the benchmark for British TV, and stop trying to be so underhand with your audience. Less comedy is likely in coming years, little of what's been around has ultimately been of much interest, new talent still needs an outlet but it also still needs to keep to traditional routes to stardom, and things are generally in relatively bad shape. Still, if you're brave, start picking through older stuff, as the classics quickly get passed even by domestic audiences, and there's a tonne of stuff revived on DVD. It's not hard to pick out, you just need the individual motivation. Oh, and wait for the second (much better) series of 'Not Going Out' to hit DVD, as well as Peter Serafinowicz's pretty good and imaginative sketch show to hopefully air on DVD also.