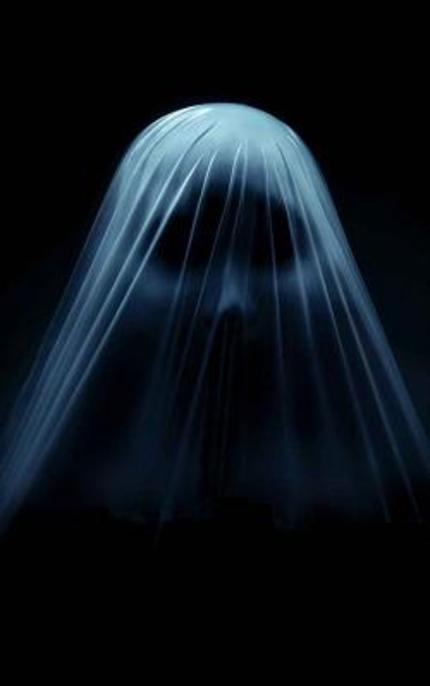 Here at ScreenAnarchy we are always on the lookout for new DVD's from Hong Kong. There are several reasons for that, the first of which is simple: until 2046 English is assured to be one of the main languages in Hong Kong, and because of that movies released there on DVD almost always have decent subtitles. I'd say always if not for "Ghost in the Shell: Standalone Complex", YES I'm looking at YOU Panorama!

The second reason is more basic: they often sport the same quality as Japanese DVD's but are significantly cheaper. As in: HK R3 is generally about half the price of the JP R2, and sometimes even less!

Third: they're often quick to the punch, with very early release dates. Many a movie in my bookcase arrived from Hong Kong on DVD prior to its cinema release over here in Europe.

Hong Kong is therefore something like a treasure-trove of Asian cinema for DVD collectors.

So I was a bit surprised about their recent release of Ochiai Masayuki's "Infection" (original Japanese title: "Kansen"). It's a Japanese horrorfilm from 2004 and has been out for years on DVD, in several English-friendly versions. Both the UK and the US even have their own dedicated releases already, which can be scored quite cheaply if you know where to look.

Bereft of the abovementioned three reasons (which have all been catered for elsewhere), what does this edition have to offer? A stellar picture but little else, it seems. I'll discuss the technical merits of this disc below.

And what is it about? With that title, you might expect an "Outbreak" movie, with doctors desperately trying to avert an epidemic. However that's not the vibe "Infection" is going for, though it flirts a bit with the idea.
Indeed, on top of the setup for a typical Japanese ghost story it introduces a weird contagious disease which is basically Ebola's angry mother-in-law, able to transform you into a bag of green puss in mere hours.

Warning, spoilers ahead: if you want to stay fresh jump to the "The DVD" part.

Somewhere in Japan is a hospital that you REALLY do not want to be a patient in. Or a doctor. Or a nurse.

Faced with bankruptcy the place is dangerously low on supplies and staff. The direction is unavailable for questions, suppliers do not want want to sell them goods anymore because of bad credit, nurses work double shifts while their wages aren't being paid and the few remaining doctors are worn eggshell thin. In short: everyone would rather leave but their patients can't be abandoned or moved.
A recipe for disaster, it's not long before a lethal mistake happens and the hospital suddenly has an untimely dead patient extra. Faced with disgrace and possible future unemployability, the witnesses face an ethic dilemma: report what really happened and suffer the consequences, or cover it up. Seeing as how this particular patient never received any visitors they choose the latter, but the shared secret sets everyone even more on edge than they are already.

And at that exact moment they are faced with a new emergency: against doctor Akiba's wishes a new patient is brought in, who suffers from an incredibly aggressive infection. The man is being eaten alive by gangrene, basically dissolving into green goo. Even though the hospital does not have the means to possibly help this man, doctor Akai wants to research the patient because the discovery and description of this new spectacular disease could mean fame and fortune for all of them.
But then the impossible happens: even though the dying patient has almost no muscle tissue left and inner organs have already liquefied, he disappears. Trails of eh... leftovers... point towards him having crawled into the building's maze of ventilation shafts. Everyone starts searching for him but one by one contaminated members of the staff seem to be seeing ghosts, and start to drip...

Can they stop the infection before they all LITERALLY fall apart?

If "Infection" tries to meld hospital drama with typical J-horror, it's not entirely successful. For one thing, it's not really that scary. Sure, you wouldn't want to switch places with any of the main characters, but to be honest that's not really a stretch with bad hospitals. The first half of the movie is actually more creepy than scary, which works very well. One of the things I've grown to hate about horror movies are the unearned shocks. I mean, anyone can suddenly yell "WAAAA" in my face and yes I will jump, but do not expect me to tell you that you are the brilliant new face of horror. And this goes especially for the overused "fake scare" which seems to be so popular in American horror. So I was very pleased to note these fake shocks by their absence. In their place are a couple of cleverly placed fake "creeps" where the reveal happens at just the time when you think oh f...
It's ingeniously messing with your perception about what you expect from horror, and I really like that.

Unfortunately, by the time the mystery patient disappears the movie loses all of its carefully built credibility. The moment the doctors say "This isn't possible!" you think exactly the same thing. The disease itself is already pretty outlandish, but now we suddenly get an alien-like monsterhunt on top of that, with the doctors running after "The Incredible Melting Patient"? And it certainly doesn't help that my hated fake scares start making an appearance during the search. Haha how clever. Yuck.
This is also the point where you stop going along with the main characters. Every single person NOT hitting the alarm button at that time fully deserves what's coming to them. And a note: self-reference doesn't solve everything, it just makes me aware that writer/director Masayuki Ochiai knows the story is getting a bit bumpy. "This isn't possible" indeed.

Thankfully "Infection" pulls itself partly together again, and turns out to be a clever horror story about perception. It doesn't get completely off the hook, but it manages to salvage a lot of the damage. Still, you're left with a bit of a schizophrenic picture. While the plot seems to be more in line with an epidemic thriller than with long-haired female ghosts, part of the setup points in another direction. Creepy patients seem to be seeing ghosts from the start and the picture seems to steer the viewer in two directions. On the one hand it's saying "look what a bad hospital, and look how realistic it all seems" while on the other hand it says "look, scary things are going to happen, you can expect Sadako to arrive anytime!". The disease and the perception angle are supposed to tie this all together, but it doesn't quite jell as well as I think Ochiai wanted.

Picturewise it looks splendid though. Masayuki Ochiai obviously knows his way around a camera and as the screenshots (hopefully) show all is carefully composited to the point of art. He also plays with the colors a bit, and by changing the accents ever so gently he nudges the look of the film from realism to creepy to nightmarish. It reaches the point where you expect a city sign saying "Silent Hill" to appear. This is not his first sf-horror hospital movie (he also directed the "Parasite Eve" live action film) so maybe this was familiar territory, but it looks remarkably confident. I was really surprised to learn that this was a fairly low-budget affair, because it looks anything but cheap. There aren't any big moneyshots special effects-wise but what was on display for make-up effects looked fine. Green goop apparently doesn't cost much...

As for acting, everyone here turns in a good performance although standouts would be Kôichi Satô as doctor Akiba, who is the only one who manages to slightly cling to credibility during the film's low-point, and Kaho Minami as the stressed head nurse who is vital as the voice of reason during the cover-up.

A brilliant meld between the J-horror ghost stories and hospital drama, with enough gore to make sure it's not for the meek, a very intelligent storyline weaving different strands into a whole that is bigger than the sum of its parts, and a scathing social accusation at a society which is far more uncaring than it would like to admit. Unfortunately I'm not talking about "Infection" here, but rather about the Korean 5-part TV-drama "Coma", which any J-horror fan should check out (although it's unfortunately OOP at the moment).

THIS film, however, doesn't quite reach that lofty height. It's certainly interesting and looks good, but it stumbles mightily around the halfway point and never really recovers. Anyone expecting a scary Asian hospital thrill ride I will rather point to the series above.
That doesn't mean "Infection" is a complete failure though, and I will be on the lookout for Masayuki Ochiai's future projects as the man is obviously talented. According to IMDB his current job is the US-remake of the Thai-horror movie "Shutter", so... fingers crossed I'd say.

As mentioned, this is the brand new region 3 Hong Kong DVD-release of "Infection", and it is completely bare-bones.

Puzzling as this late arrival is, it certainly has a brilliant picture. It's one thing if it looks splendid on my television, but it's another thing if it looks fine on my computer as well when I take screenshots! Image-quality is nigh-on perfect for SD, maybe the best I've seen this year.

Soundwise there is a decent Japanese Dolby stereo soundtrack, and that's it. Huh? No Dolby 5.1, DTS, let alone DTS-ES 6.1? Odd, because the Chinese normally seem to be very fond of full bit-rate soundtracks, and with all those creepy echoing hospital corridors...

Barebones is barebones: no extras whatsoever. As consolation it's very cheap, the subtitles are excellent and the three menu's are also completely English-friendly. The cover is also nice, I really like that poster at the top of this article: if ever they make a live-action "PacMan" movie, that's the design they should use for the blue ghosts.

Please note that there are several other versions available which DO sport a selection of soundtracks and extras, but I cannot say if their picture quality is as good as this one.

You can buy this from our affiliate,
or, from the same affiliate, buy the USA region 1 version which actually has some extra's!