YELLOWJACKETS Season 2 Teaser: A Little More Complicated than Most 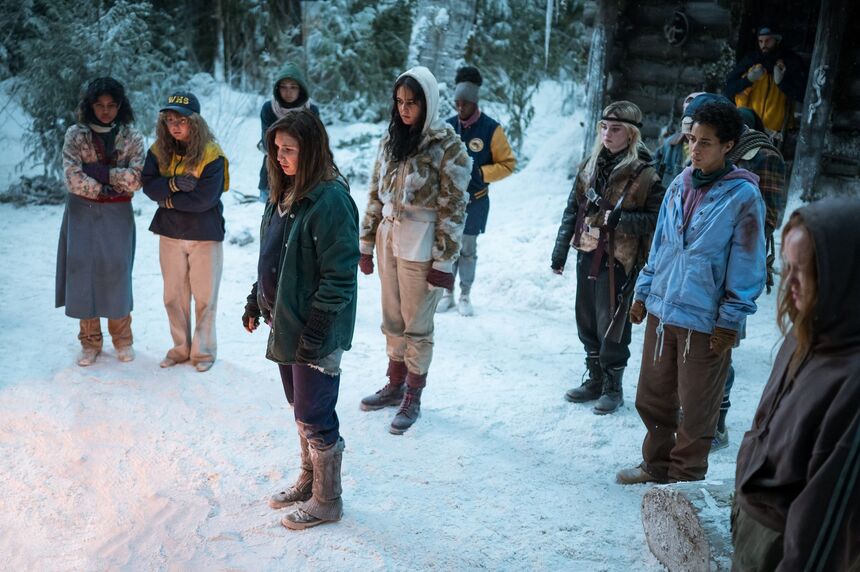 Anyone from a northern climate knows the dangers of winter, how you can die simply from being caught outside. That's one of the first things that drew me, and likely many viewers, to a show like Yellowjackets. We know what wilderness and winter mean to those without the skills or shelter or food to survive. But of course this show was quite a hit, not least for the intriguing premise, great writing, terrific cast, including Tawny Cypress, Juliette Lewis, Melanie Lynskey, and Christina Ricci. These four traumatized survivors are back for season two in March, and Showtime has dropped the first teaser.

For those who haven't seen it, the show follows four survivors of a plane crash; in 1995, a high school girls' soccer team were lost in the Canadian Rockies, and when they were found 20 months later, only a handleful had survived. The story follows these four women, as well as telling the story of their younger selves in the woods some 25 years earlier. By the end of season, we get the distinct impression that there were not alone in those woods, and that some of them - more that survived - have never, at least mentally or emotionally, left that isolation.

The teaster gives us some hints of what to expect in the upcoming season, and we know of at least two new cast members in Lauren Ambrose and Elijah Wood. If you're like me, you'll have March 24th marked on your calendar. Check out the teaser below.

(and if by any chance you feel like diving into some academic musings on the show, you can check out a symposium panel, in which I was a participant)

Do you feel this content is inappropriate or infringes upon your rights? Click here to report it, or see our DMCA policy.
Ashley LyleBart NickersonMelanie LynskeyTawny CypressElla PurnellDramaHorrorMystery