Andrew Mack
Editor, News; Toronto, Canada (@Mack_SAnarchy)
Tweet Post Submit
The shortest month of the year will definitely not be short of genre thrills. Arrow Video has unveiled the highlights for the month of February and there is a lot of good stuff coming up.
The main focus is on the release of Orchestrator of Storms: The Fantastique World of Jean Rollin, a documentary about the acclaimed and equally misunderstood genius of French filmmaker and provocateur Jean Rollin. A fourth batch of Rollin's films will also roll out next month.
There are two other documentaries coming next month from Paul Joyce, about the American indie film scene: Robert Altman: Giggle and Give In and Made in the USA.
Of particular interest to me are all the martial arts and action films coming next month that star Sonny Chiba and Sammo Hung. The list includes The Street Fighter. Wolf Guy, Battles Without Honor and Humanity: Hiroshima Death Match and Millionaire's Express.
Everything you need to know about next month's programming is in the gallery below.

ARROW is excited to announce the February 2023 lineup of their subscription-based platform, available to subscribers in the US, Canada, the UK and Ireland.
The February 2023 lineup leads with the exclusive ARROW release of Dima Ballin & Kat Ellinger's acclaimed documentary Orchestrator of Storms: The Fantastique World Of Jean Rollin, available February 14 in the US, Canada, UK and Ireland.
Has there been a genre artist more fundamentally misunderstood and inappropriately discussed than Jean Rollin? He remains one of genre cinema’s most singular poets, a theatrical fantasist, interpreter of dreams, orchestrator of storms. His recurring use of twin or paired protagonists and surrealistic interpretations of vampirism, with tones that were often in the midnight space between gothic literature and fairy tale, his sense of humour and intellectual musings, his sumptuous visual ideas, coming together to make inspired works of genre art that ran against nearly all traditions of the times they were made in.
Orchestrator of Storms: The Fantastique World Of Jean Rollin had its World Premiere at the Fantasia International Film Festival, and went on to make its international bow at FrightFest. 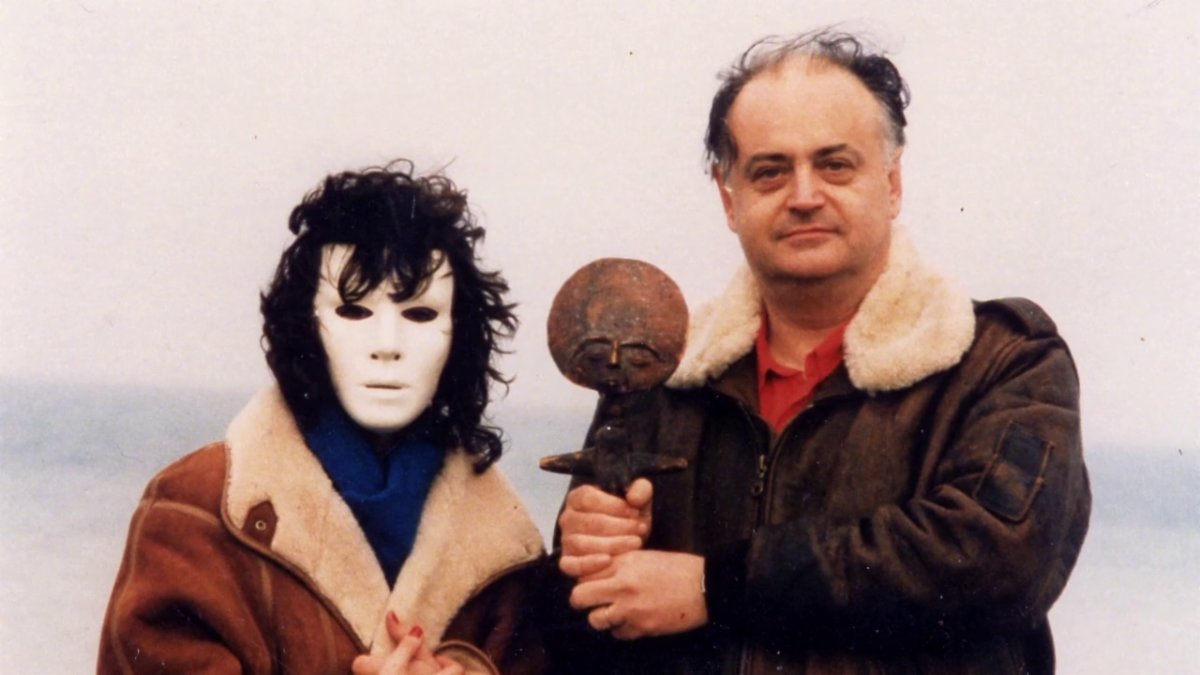 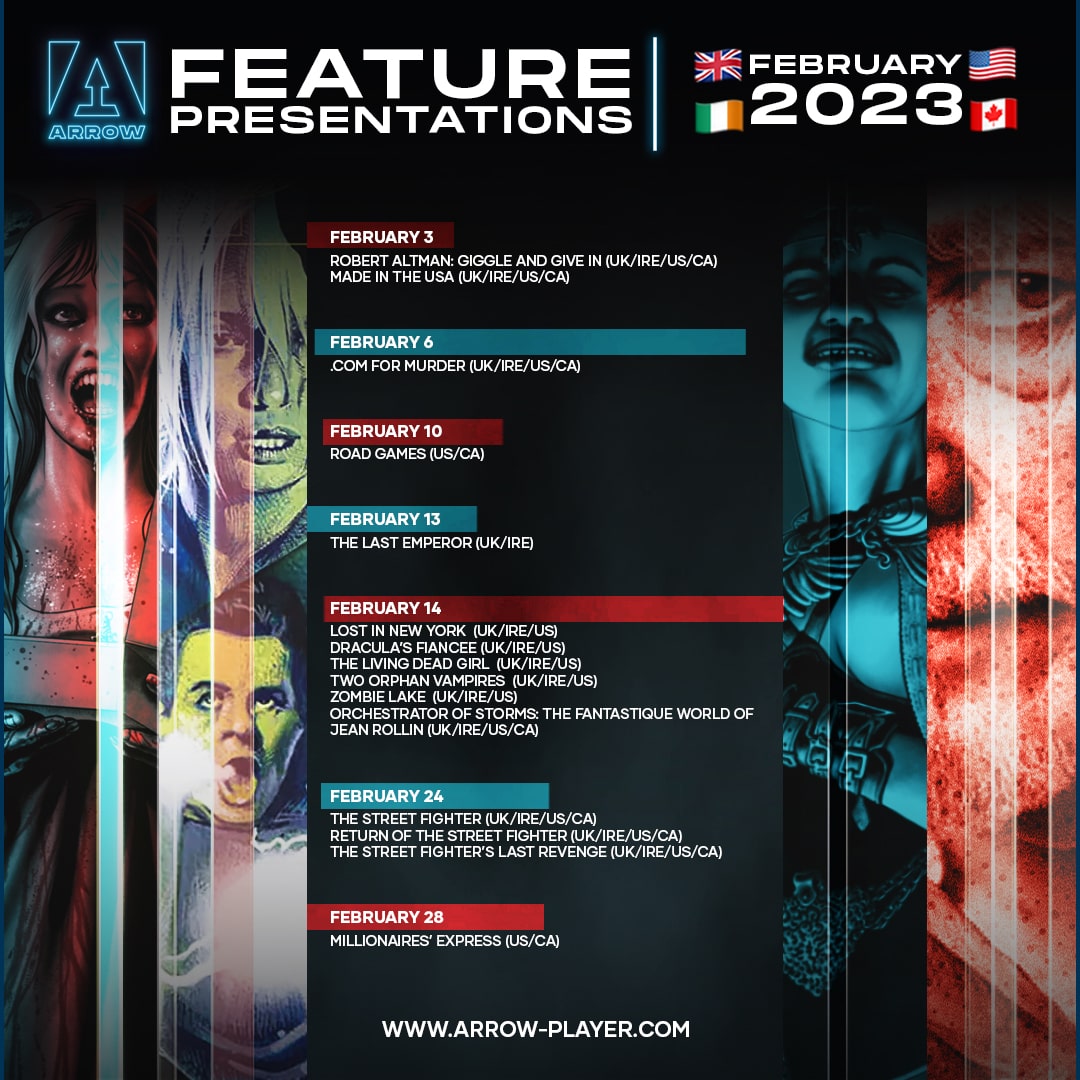 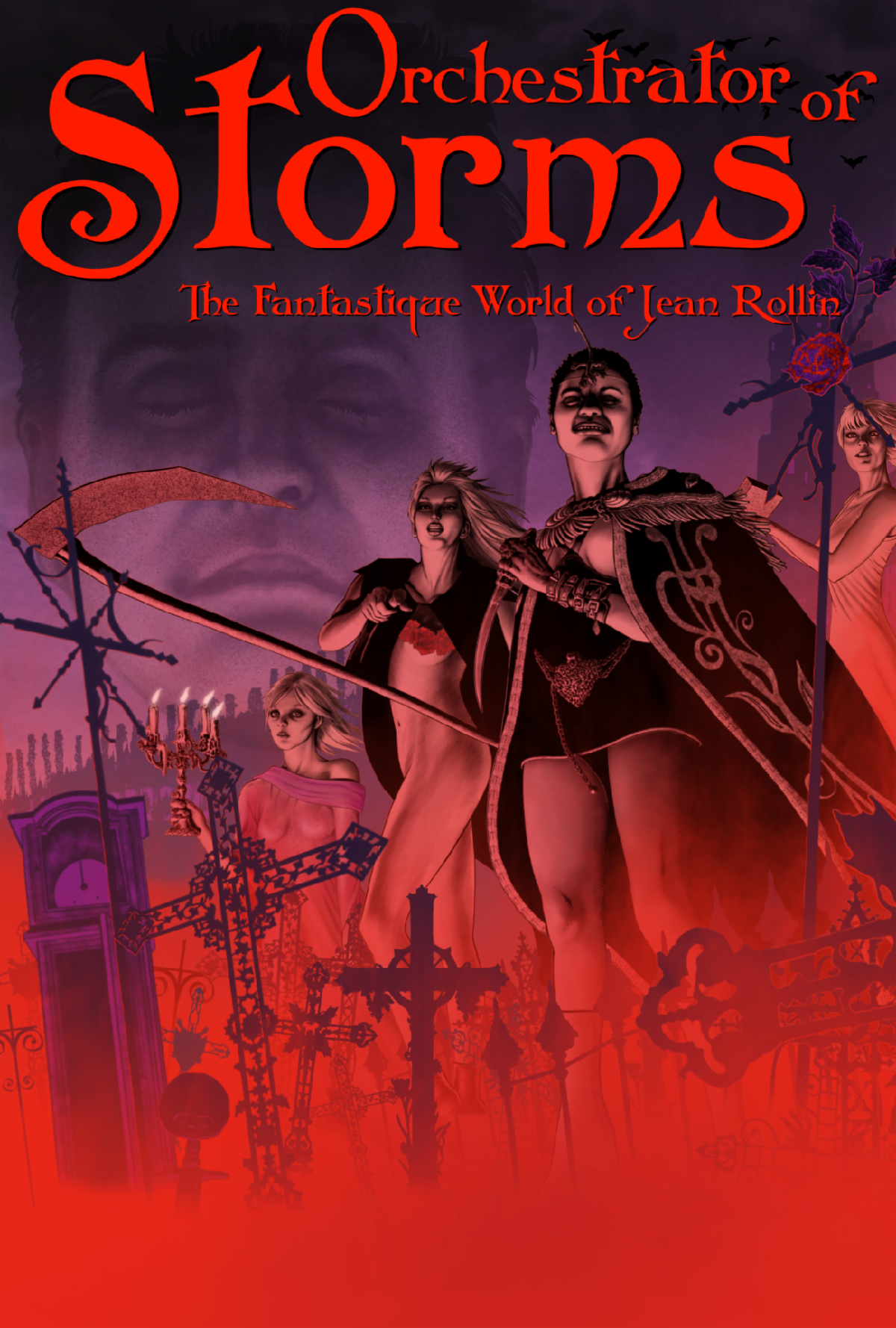 Orchestrator of Storms: The Fantastique World of Jean Rollin tells the story of one of Eurocult cinema’s most singular voices. Deeply misunderstood and widely misrepresented, during his decades-long career as a film director (1958-2009), Rollin’s work received absolutely no recognition in his native country of France, and was completely unknown anywhere else. In the nineties, because of home video, Rollin attained a marginal cult status in niche English speaking genre circles. Otherwise he has remained completely obscure.

Rollin was raised within the bosom of some of France’s most influential and intellectual elites, thanks to his mother Denise’s friendship with figures such as Maurice Blanchot, George Bataille, Jean Cocteau, as well as Jacques and Pierre Prévert. Similarly his father was a director in avant garde theatre, exposing Jean to some of France’s most interesting aspects of culture. It is perhaps not surprising that when it came to making his films, Jean Rollin’s were unlike anything else on the scene.

Once you dig into the director’s life and passions, what emerges is a strong connection to the French surrealists, to symbolist art, to the poetry of TristanCorbière, to the French anarchist scene in the sixties, and counterculture. Orchestrator of Storms: The Fantastique World of Jean Rollin sets out to tell this story in an attempt to elevate the director’s work by exploring it in depth alongside these major influences, as well as other key themes such as the tradition of the French Fantastique. The film also looks at his frustrations, the way in which he had to constantly grapple and scramble for funding as one of the only filmmakers predominantly working within the horror genre through the sixties and seventies. Most importantly, it examines his singular vision, one that ran completely counter to other western traditions in genre film.

February starts the month of love on February 3 with a pair of Paul Joyce documentaries about the American indie film scene: Robert Altman: Giggle and Give In and Made in the USA (both US/UK/CA/IRE). Joyce's documentary profile of Altman, originally produced in 1996 includes contributions from Altman, Elliott Gould, Shelley Duvall, assistant director Alan Rudolph and screenwriter Joan Tewkesbury.

February Seasons also kick off with the celebration of a filmmaker's voice on February 3: Charles Band: The Puppetmaster (UK/IRE/US/CA). Triple-threat writer-producer-director Charles Band has been pulling the strings making horror, sci-fi and fantasy features since the 70s and his films were a massive part of making the 1980s home video boom, well, boom.

Charles Band: The Puppetmaster brings together many of his wildest and most fun work, from murderous pint-sized puppets to re-animated horrors, from time-travelling Trancers to a terrifying Tourist Trap, and even the re-tooled Doctor Strange movie starring Jeffrey Combs as a slightly different sorcerer supreme.

On February 6, while shopping for a gadget for your sweetheart, ARROW uploads Killer Tech (UK/IRE/US/CA) to the service.

We all want the latest gadgets, but in Killer Tech screen time means scream time.

From cursed videotapes and phone calls to the dangers of the dark web and vicious virtual reality, ARROW’s newest, smallest, lightest, fastest, most expensive curated collection doesn’t just have the best screen, largest amount of storage and the coolest camera - it also comes with a guarantee that the newest tech equals instant death.

Titles Include: .com For Murder, Laguna Ave, Edge of the Axe.

On February 10, ARROW hands the keys to the kingdom to Cinematic Void, a Los Angeles-based cult film screening series into the mouth of cinemadness. Focusing on all oddball gems of all genres, the Void unleashes an onslaught of horror, eurotrash, exploitation and gonzo action on the silver screen at the American Cinematheque. CV film programmer Jim Branscome has selected a few of his favourite films of the genre for your viewing pleasure in Cinematic Void Selects. 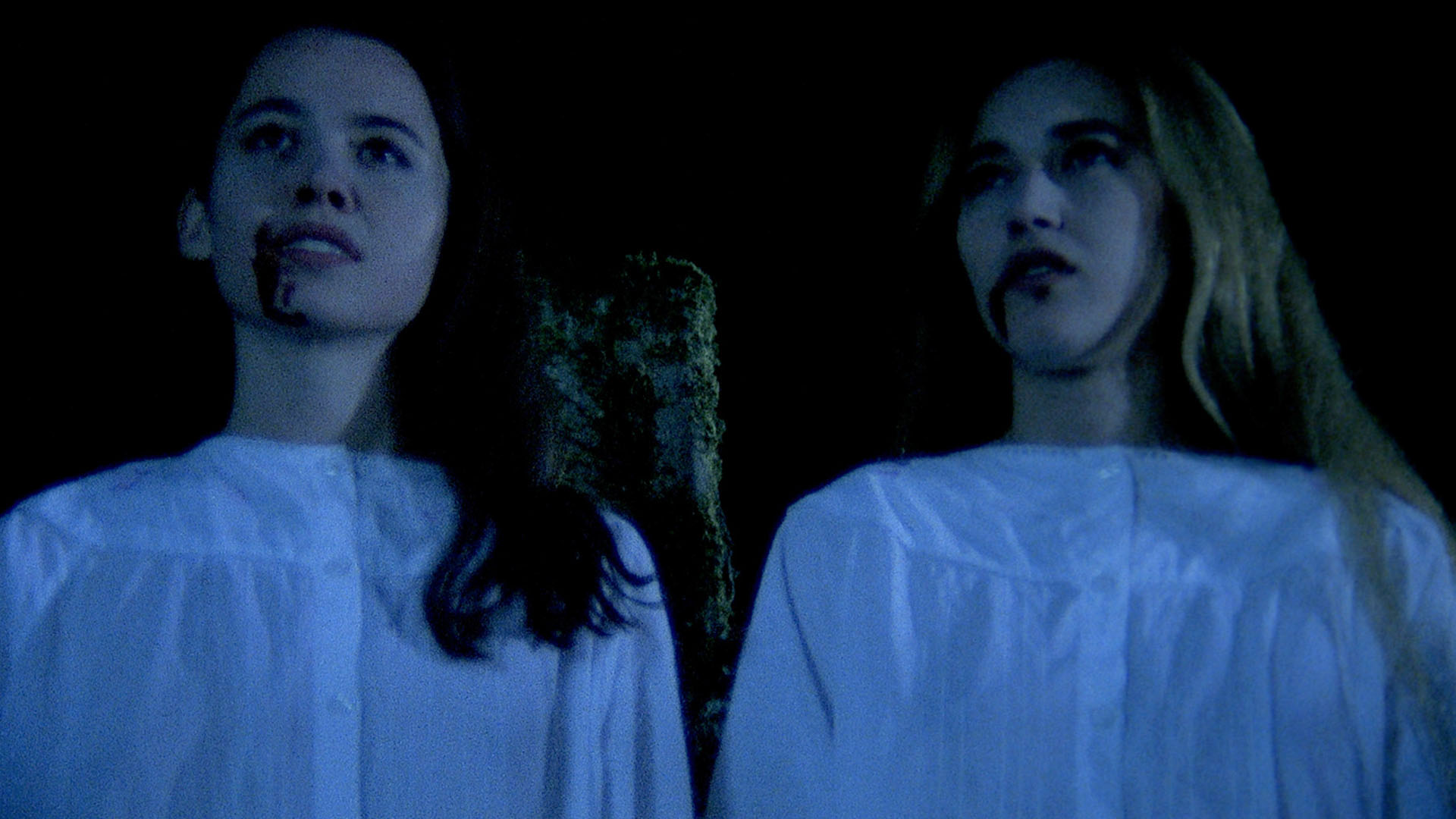 February 14 celebrates Valentine's Day with the perfect pairing: the undead and the living dead.

Two Orphan Vampires (UK/IRE/US): A pair of teenage girls, who are blind by day, but when the sun goes down, they roam the streets to quench their thirst for blood.

Zombie Lake (UK/IRE/US): In a small village, somewhere in France, German soldiers, killed and thrown into the lake by the Resistance during WWII, come back. 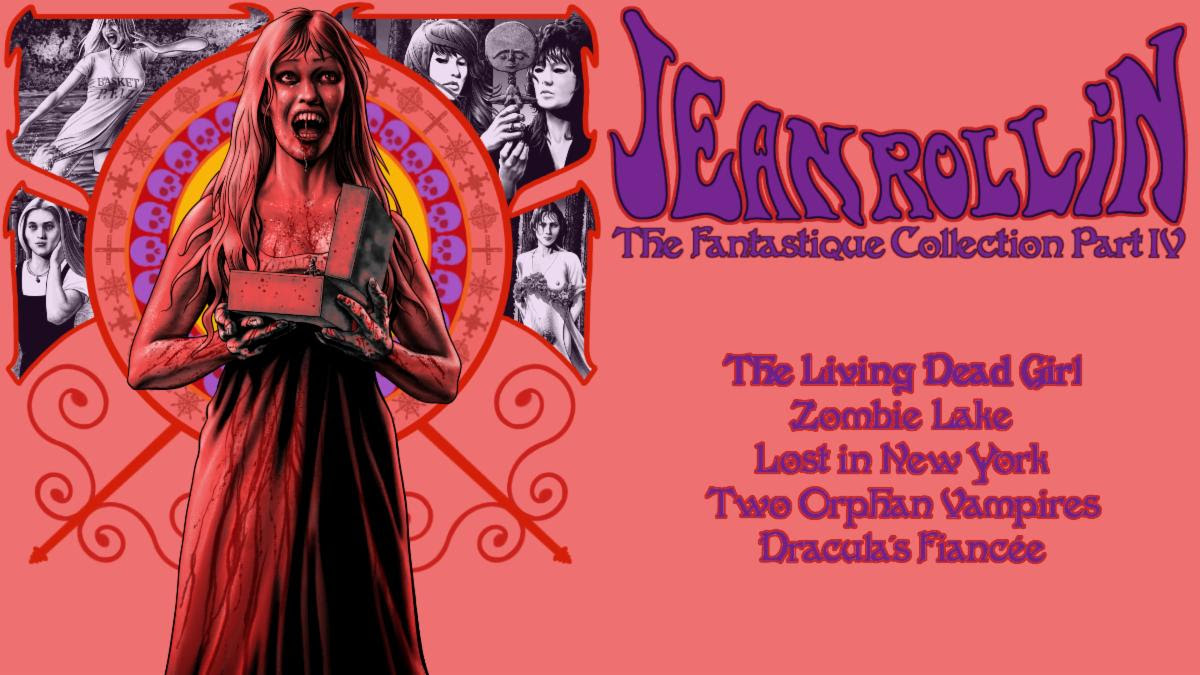 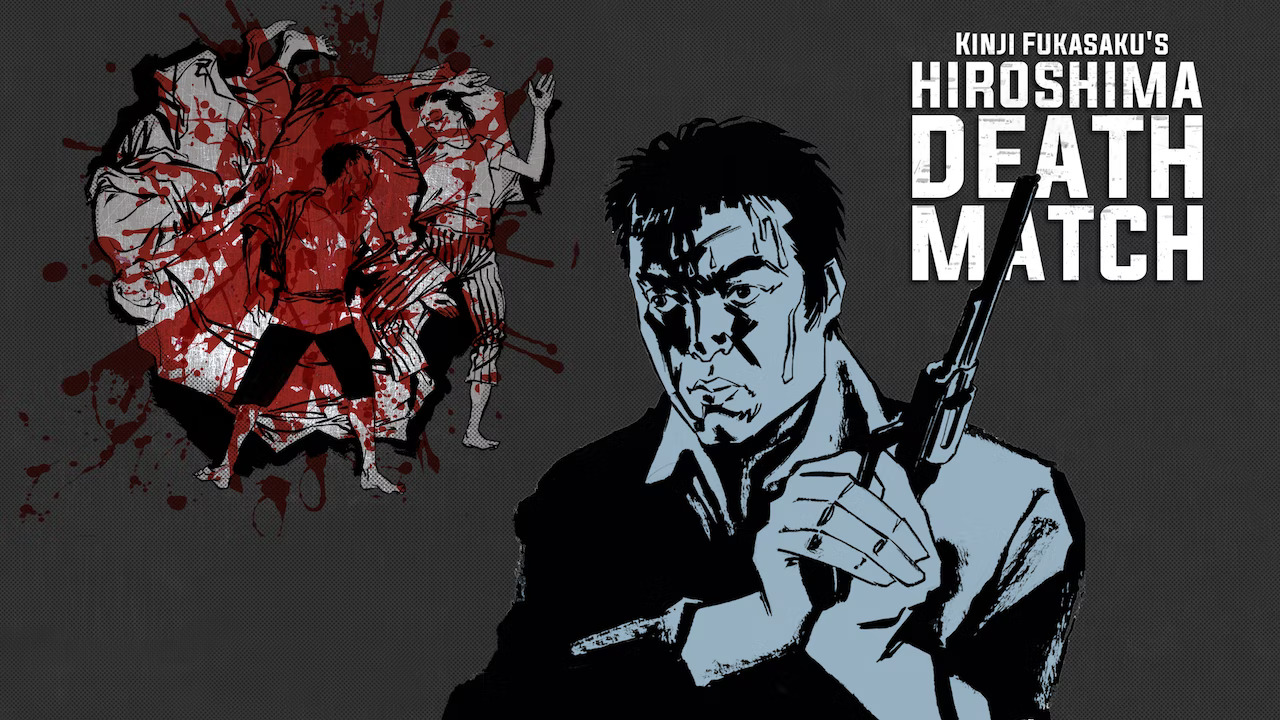 Put up your dukes and prepare yourselves for brutal and lightning-fast martial arts action starring the King of Karate: Sonny Chiba.

Whether you've only heard of Sonny through Clarence and Alabama's True Romance triple-bill, have seen him sword-making for The Bride in Kill Bill, or know Shinichi Chiba from way back in the 70s martial arts boom where his lethal mastery of karate, judo and kenpo made him an in-demand anti-hero to legions of fans, there's plenty of bruising bad-assery to be had in King of Karate: The Sonny Chiba Collection.

February 28 closes out the shortest month of the year with Millionaires’ Express (US/CA).

All aboard for the all-star action-packed adventure of a lifetime as martial arts maestro Sammo Hung (Heart of Dragon) brings East and West crashing spectacularly together in Millionaires’ Express!

Sammo himself plays Ching Fong-tin, a former outlaw with a wild scheme to make amends with the citizens of his struggling hometown of Hon Sui: explosively derail a brand new luxury express train en route from Shanghai so that its super-rich passengers will have no choice but to spend money in the town. He’s not the only one with eyes on the passengers’ deep pockets, however; a gang of ruthless bank-robbing bandits are on the way, looking for a priceless map being guarded by a trio of Japanese samurai. Bullets and fists will fill the air in equal measure, but will Hon Sui Town be left standing?