Review: SPEED DATING, How to Survive, One Date at a Time 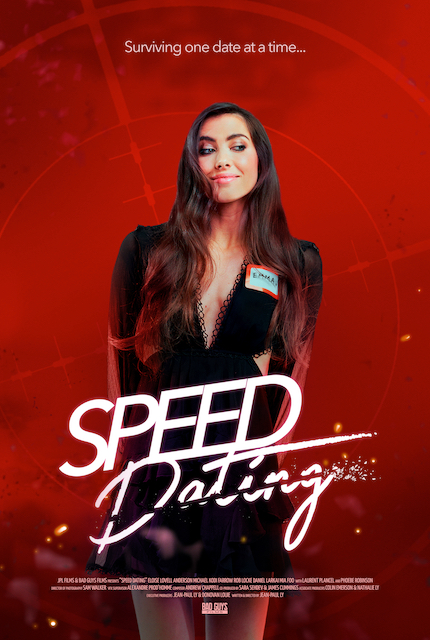 Give me a break!

The horrors of dating are vividly brought to life in the opening scenes of Jean-Paul Ly's short film.

Utilizing a swirling camera, we are introduced to Emma (Eloise Lovell Anderson), who has unwillingly agreed to a night of 'speed dating,' only at the insistence of her best friend, Katy (Mia Foo). Sitting calmly at a table in a restaurant, Emma must endure a string of male losers who sit down opposite her and endeavor to engage her in conversation bragging about their imagined qualities. Really, they're offensely boorish, and, frankly, watching them made me feel embarrassed about my own identity.

Things swiftly change when a stranger enters the restaurant, with absolutely no interest in dating, speedily or otherwise. The tenor changes, too, as the wry, comic atmosphere becomes tense and action-packed. The sequences that follow are crisply presented, showcasing the snazzy action choreography by Jean-Paul Ly and Laurent Plancel.

With a rare combination of comic and action chops, Eloise Lovell Anderson (Villain, The Hustle) easily commands attention as the fulcrum of the story. She's instantly appealing, and then proves to be quite deadly.

Director Jean-Paul Ly, who served as an action designer on the great Jailbreak (see Andrew Mack's review from Fantasia 2017) and Nightshooters (read more about it here), and has also performed stunts for both of Marvel's Doctor Strange films, wrote and edited Speed Dating, and is currently developing a feature-length version. Based on this short film, I can't wait to see more from Jean-Paul Ly and Eloise Lovell Anderson.

Do you feel this content is inappropriate or infringes upon your rights? Click here to report it, or see our DMCA policy.
Eloise Lovell AndersonJean-Paul Ly