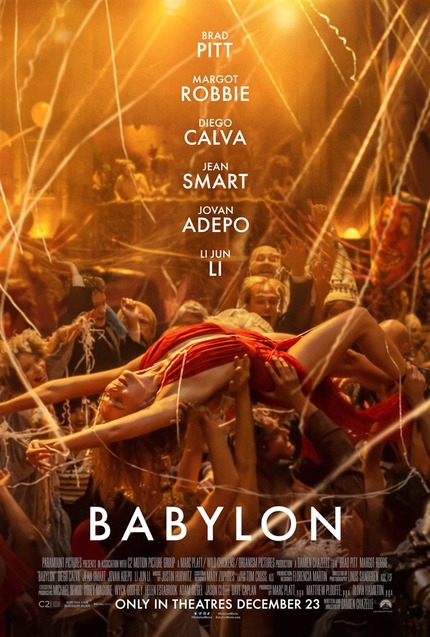 There is a strange malady that has been afflicting Hollywood productions for some time now, best described as “set piece-itis”.

It’s the practice of building your movie entirely around huge setpieces -- extended mini-films with bravura execution -- interspersed with less exciting but no less important connective tissue. You know, the boring business of moving the narrative along and developing characters.

What sets apart our greatest filmmakers (like Spielberg for example) is the ability to excel at this unheralded function of filmmaking. It is eventually what gives a film depth, heart and meaning. Damien Chazelle, on the evidence of his newest film, Babylon, has a long way to go before he acquires that ability.

Do you feel this content is inappropriate or infringes upon your rights? Click here to report it, or see our DMCA policy.
BabylonBrad PittDamien ChazelleDiego CalvaMargot Robbie