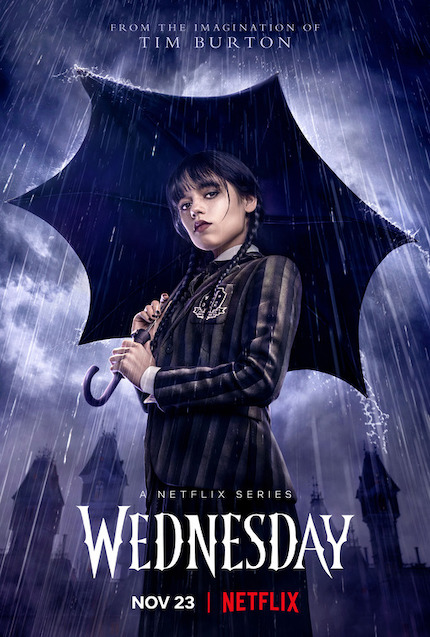 As a spin-off/sequel with no clear antecedent or direct connection beyond the 1991-1993 films, the Jenny Ortega-starring Wednesday exists in its own sidereal space, both familiar and unfamiliar, beginning with a diabolical act of revenge involving piranhas, a swimming pool, and a water polo team that would lead to multiple charges of attempted murder, intentional infliction of bodily harm, and various sundry misdemeanors.

For the culprit behind the act of revenge, the perpetually black-clad Wednesday Addams (Ortega, X, Scream, You, Jane the Virgin), it ends, not with a slap on the wrist, but with semi-permanent exile to the private school for outsiders, outcasts, and Goth teens, Nevermore Academy, where her parents, Gomez (Luis Guzman) and Morticia (Catherine Zeta-Jones) met several decades earlier and fell madly, deeply in love.

Wednesday obviously doesn’t have a choice in the matter, though that doesn’t stop Gomez and Morticia from talking up its dark charms on the ride to the school they see through nostalgia-tinted glasses. Not one to make the best of her newfound situation, Wednesday reacts like a typical Goth teen weary of the world and its inhabitants would, with thinly veiled contempt, incontestable putdowns, and heavy sighs.

While Nevermore, an inspired bit of Goth production design, and its authoritarian principal, Larissa Weems (Gwendoline Christie), pride themselves on becoming a second home for wayward, supernaturally gifted teens (not, one might imagine, super-powered youngsters led by a bald, wheelchair-bound psychic), Wednesday initially refuses to reconcile herself to Nevermore, setting herself up for a long-running battle with Weems and her new, seemingly ordinary, obnoxiously cheery roommate, Enid Sinclair (Emma Myers).

Gough and Millar initially set up Wednesday and Enid as foils, as practical mirror images of each, forced to live together and if not exactly become friends, then potential allies as the series-long plot involving multiple, possibly related mysteries draw Wednesday into potentially dangerous face-offs with various things that go bump in the night. In a turn drawn less from the original series or its multiple big- and small-screen adaptations, Nevermore is home to all kinds of supernatural beings and/or occurrences. At times, Wednesday starts to feel less like an Addams family spin-off than a backdoor sequel to Buffy the Vampire Slayer (Gen X/millennial alert) or the more recent iteration of Sabrina the Teenage Witch (same, just for Gen Z).

Wednesday being Wednesday and the Addams family being, of course, the Addams family, Thing, the mischievous, disembodied, scene-stealing hand makes more than a brief appearance here. Thing becomes a virtual friend, confidante, and helper to Wednesday as she navigates the ins and outs of teenage life at Nevermore, including a lackluster romantic triangle involving two random teens, Tyler Galpin (Hunter Doohan) and Xavier Thorpe (Percy Hynes White).

While they understandably vie for Wednesday’s romantic interest, if not outright affection, the romantic subplot itself feels superfluous or at best, left for a second, more episodic season. Tyler’s father and the nearby town's sheriff, Donovan Galpin (Jamie McShane), also cross paths with Wednesday, though mostly on the Scooby Doo-style mystery-solving front.

At its best, Wednesday keeps its focus squarely on the oldest Addams sibling, how she moves in a strange, sometimes incomprehensible world, and how she reacts to said strange, sometimes incomprehensible world, often with dry, droll humor, to the people and events around her. With the spot-on casting of Ortega as the title character, Wednesday manages to rise above its various seemingly dead-end subplots, extraneous characters, and a murky CGI-heavy finale that should have been, at a minimum, rethought, reshot, and re-edited to add visual, narrative, and thematic clarity.

As it stands, the finale makes for a disappointing end to an otherwise promising series and spotlight for rising star Ortega. Though it shouldn’t be, sometimes that’s enough. 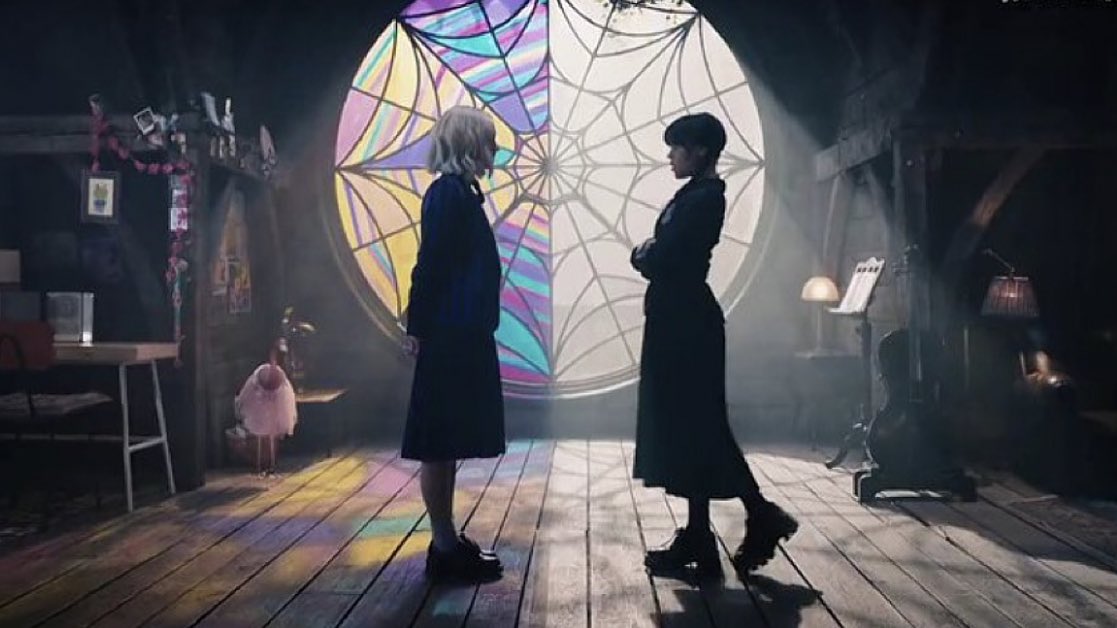 Do you feel this content is inappropriate or infringes upon your rights? Click here to report it, or see our DMCA policy.
Addams FamilyCatherine Zeta-JonesJenny OrtegaLuis GuzmanTim BurtonWednesday