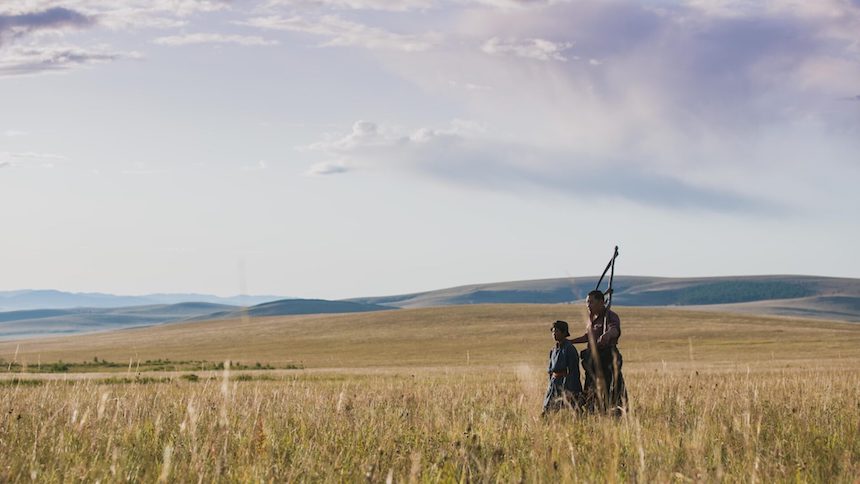 One of the high-profile actors from Mongolia, Amarsaikhan Baljinnyam is mostly known for his tough guy roles in the Trapped Abroad action flicks and Netflix's Marco Polo, where he plays Kublai Khan's brother Ariq Böke. This time, the audience gets to see the everyday man in him in his directorial debut, Harvest Moon, where he plays Tulgaa, a mild-mannered chef in Ulaanbaatar who is facing a dilemma in his life.

When the news of his stepfather's falling ill reaches him, Tulgaa returns to the countryside to fulfill his filial duties and agrees to finish the hay harvesting his old man promised to do. There he meets Tuntuulei (Tenuun-Erdene Garamkhand), a cocky ten-year-old who lives with his grandparents while his single mother works in the city.

There is certainly more to Tuntuulei than meets the eye. "A weak man stumbles on a blunt scythe," he mockingly says upon seeing Tulgaa's blistered hand. Besides having a full inventory of literary zingers, the preteen hero rolls his grandfather's cigarettes with dexterity and regularly curses with nonchalance, albeit often not fully understanding what he says. In some respects, the boy has matured beyond his years in the absence of his parents.

Adapted from Bum-Erdene Tumenbayar's short story, the movie is essentially a two-hander, a tale of a man and a child bonding, with all other characters in the background. Desiring a break from a home life with his grandparents, Tuntuulei starts palling around with Tulgaa at every opportunity and the two develop a nurturing relationship.

Amarsaikhan brings a quotidian demeanor to his performance, differentiating Tulgaa from the usual curmudgeon trope in this genre while proving himself to be a versatile actor. With already a dozen credits under his belt, Tenuun-Erdene earns admiration for his convincing portrayal of a sharp-tongued countryside kid.

Perhaps thanks to the director's acting experience, the cast as a whole puts in a natural performance without awkward, dramatic delivery of lines -- a rather unfortunate and common problem in many Mongolian productions, most recently evinced in the Best Feature winner at this year's New York Asian Film Festival, Janchivdorj Sengedorj's The Sales Girl.

Neither Tulgaa nor Tuntuulei ever met his biological father and the two are drawn to each other, given their shared emotional wound. The story starts on this familiar path and moves quite predictably towards a heart-tugging destination that one can guess ten minutes into the film once the tone is set.

But sometimes it is more about the execution than the freshness of the story. Amarsaikhan handles the material with grace and charm. The script could easily have been reworked into a full-on mistaken-identity comedy, especially given that many of the supporting actors are actually comedians, but the director lends a more matter-of-fact quality to the project while inserting a few humorous moments. "Who needs this garbage? I'm not a kid," Tuntuulei scoffs when Tulgaa asks him if he wants to buy a toy in one scene, which then immediately cuts to Tuntuulei signing along to "If You're Happy And You Know It," immersed in a children's puppet theater.

The actor-producer-turned-director keeps the story emotional while avoiding veering off to schmaltz. Some beautiful dialogue inevitably gets lost in translation and a few parts of the English subtitles are outright inaccurate, containing sentences that are not spoken and thus altering characterization (take Tuntuulei's phone call with his mother, for example). The film has virtually no nondiegetic sound and its communicative, telling silences help set a light tone. Bayarsaikhan Batsukh's well-paced editing also helps reducing sentimental excess in the 90-minute running time.

Although an early indoor scene could have benefited from better lighting to not let the unstable shadow distract attention, the camerawork on the whole remains competent to drive the story forward. The cinematography is by Josua Fischer, who worked on the 2019 mediocre action flick The Mongolian Connection, also starring Amarsaikhan, and offers in fits and starts a hauntingly beautiful view of eastern Mongolian countryside.

The later painterly shots of the hayfield remind one of Mongolian painter Odon Geleg's masterpiece, "After Work," but Fischer knows better than to exhibit long shots of idyllic landscapes in succession. In fact, the film proves quite successful in its authentic depiction of life on the Mongolian steppe and does not resort to self-exoticism and cinematic cultural tourism -- a judgment that might not be shared by everyone in one scene with dancing and singing around a bonfire.

Impressively polished by first-feature standards, Amarsaikhan's exploration of (step)fatherhood in Harvest Moon is undeniably simple but achingly tender, which might well prove to be a winning combination at Vancouver.

The film enjoys its world premiere in the Vanguard Section at the 41st edition of the Vancouver International Film Festival. Visit the official festival site for more information. 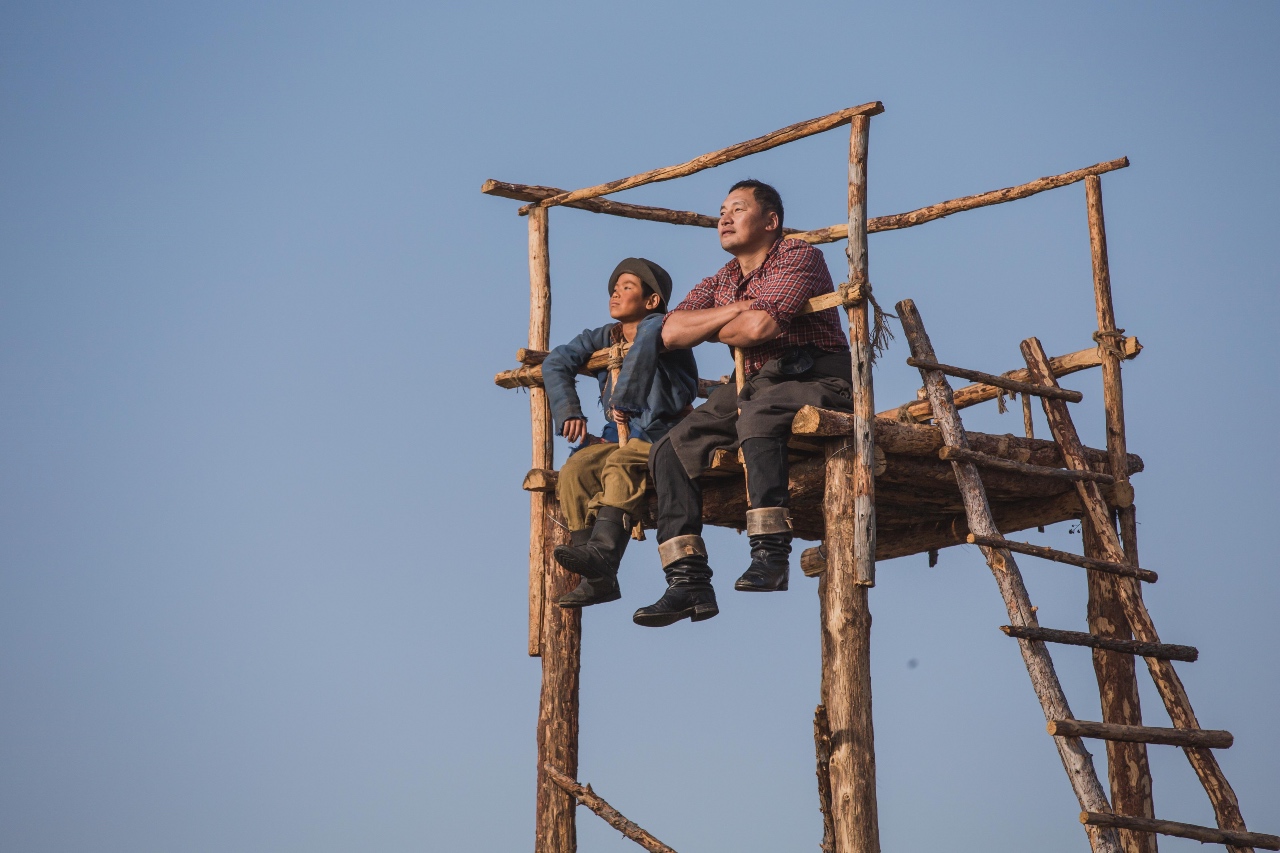 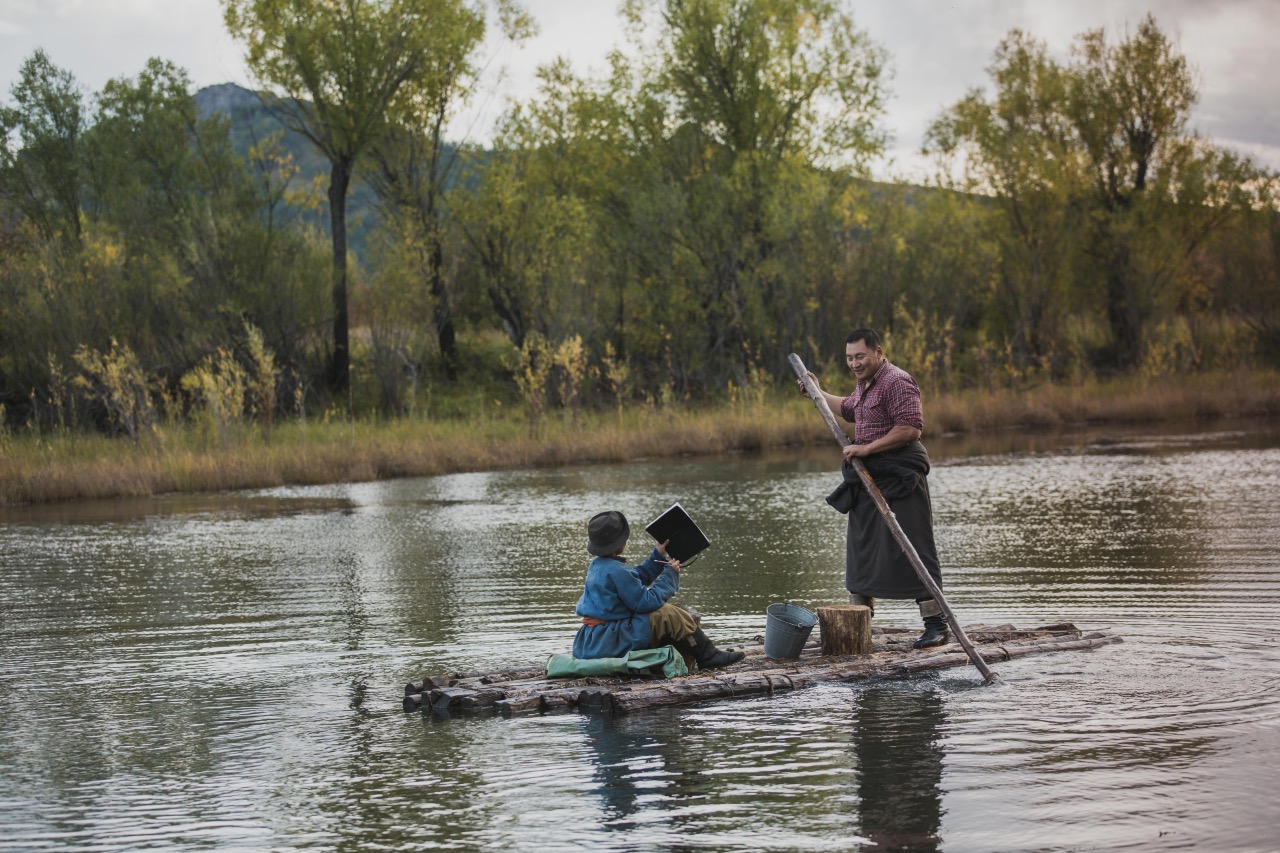 Do you feel this content is inappropriate or infringes upon your rights? Click here to report it, or see our DMCA policy.
Amarsaikhan BaljinnyamMongoliaTenuun-Erdene GaramkhandVancouver FF