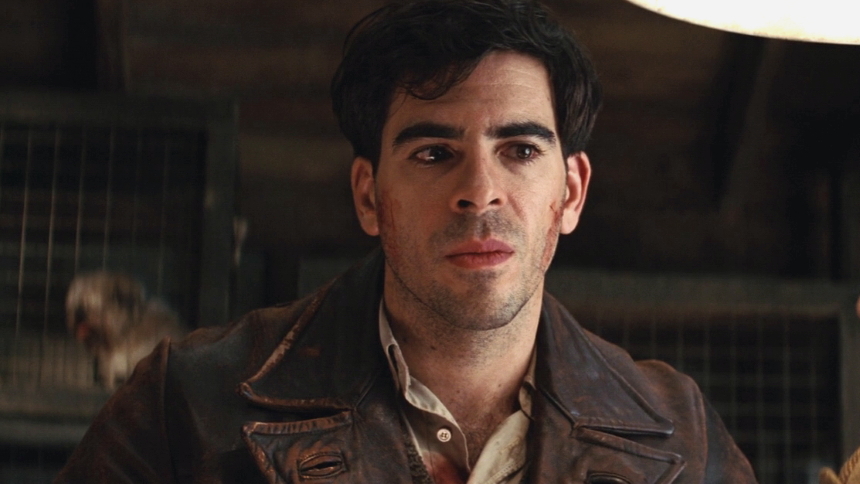 In the article series Sound and Vision we take a look at music videos from notable directors. This week we look at Snoop Lion's La La La, directed by Eli Roth.

Eli Roth making a Halloween music video for Snoop Dogg... That is sure to be grisly and offensive, right? Well, the director of such splatter fare as the Hostel-series and Cabin Fever surprised enemies and friends in 2013 by making his most child-friendly effort to date, even counting the later The House with a Clock in Its Walls.

The song La La La, made by Snoop Dogg under the moniker Snoop Lion, was partly meant as an announcement of 'the reincarnation of the artist'. The music video makes this literal, by placing Snoop Dogg in a coffin and letting him ascend from it as Snoop Lion.

The rest of the music video plays like a Halloween party of a decidedly non-adult kind: young trick-or-treaters dressed up as a plethora of animals, like giraffes and lions walk around in colorfully juvenile sets, designed like they are from a children's coloring book. The animations on screen underline the point that this is an all ages affair. La La La is an Eli Roth/ Snoop Lion collaboration you could show to your toddler or grandma, if they are okay with weed-toking walking fruits.

The fruits with human faces are, in fact, the only recognizable reference to Eli Roth's extended oeuvre. Fans of Roth may recognize them as The Rotten Fruits, the protagonists of a raunchy web based sitcom about a band of stop-motion animated fruit pieces who swear and drink a lot. The Rotten Fruits came out around the same time as Eli Roth's career got started in earnest with Cabin Fever, and later Hostel. That ten years after the release of The Rotten Fruits Eli Roth revisited them for this music video shows that he has a soft spot in his heart for an often ignored entry in his oeuvre. This is one for the fans.