Sitges 2022 Review: NIGHTMARE, A Woman's Place is in The Dark 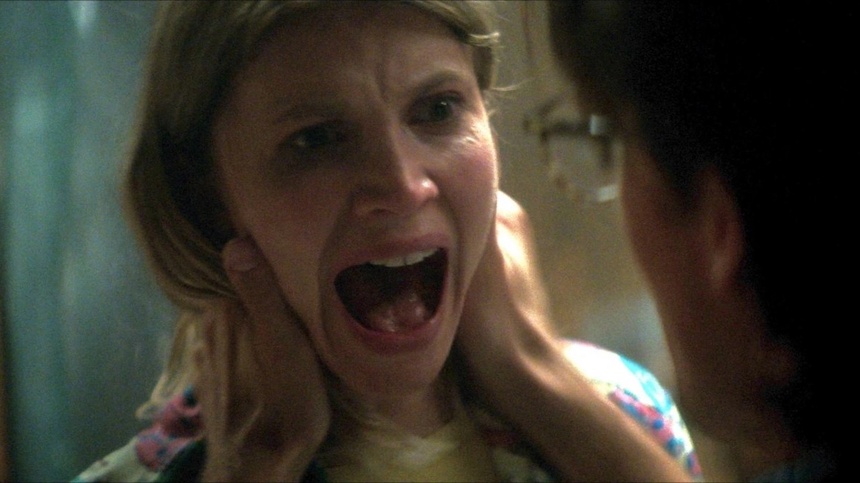 The expression 'You've come a long way, baby' might be true for women, but we still have a very long way to go. Despite more contemporary understanding (at least in some parts of the world) that women are capable of making decisions about their lives, and their bodies, too many people seem to have an opinion that they think should supercede her choices - and, well, it's not only people.

Norwegian filmmaker Kjersti Helen Rasmussen crafts an intricate and (as the title suggests) frightening tale in Nightmare, of one such woman who finds herself cornered by forced over which she has little control. Everyone (read: man) in her life seems to think she should do things differently, and she must constantly fight for her autonomy. But even that autonomy has been so twisted by the society she lives in, she can no longer distinguish what is real and what isn't.

Mona (Eili Harboe, Thelma) and her boyfriend Robbie (Herman Tømmeraas) have found an incredible deal on a very spacious Oslo flat; a deal that, in hindsight, they should have questioned. But no matter that it needs extensive renovation, with Robbie's busy (and seemingly inexplicable) job, Mona offers to quit her own to focus on those renovations, and possibly starting a family.

Which would be fine (maybe), except that Mona was well on her way to a successful career in fashion design; the neighbours are loud and possibly dangerous, and Mona's sleep is filled with nightmares, sleepwalking, and violent outbursts. At first, it might seem to be sleep paralysis causing the nightmares, except that she is also sleepwalking; then, Mona finds strange writing on the walls beneath the copious layers of wallpaper; then, one of her neighbours commits suicide, and it might involve a doctor that Thelma is now consulting for her problems.

Mona is the kind of person who wants to please everyone, most of all Robbie; so when he appears in her nightmares, shirtless and red-eyed, sexually driven, it would seem to Thelma that she should know what to do. And yet it seems she never knows when she is awake or asleep. And neither do we: Rasmussen keeps us guessing as much as Mona, as the deadly creature weighing on her chest as she sleeps, creeping and scratching at the walls, stalks her as the decisions she has made that are making her crazy. She can't seem to express what she wants, in the face of those who insist that they know better than she. Rasmussen deflty weaves a variety of themes into her story: post partem psychosis, female rage, cult fervour, and the still-present pressure on women to confirm to 'tradition'.

But Mona is strong, and as Harboe has proven in her past films, she lets us feel that strength, that increasing anger, that vulnerability as she slowly crumbles. If only someone, anyone, would listen to her, pay attention to what is happening. While visuals are important, it's really in the sound design (by Yngve Leidulv Sætre) that the film excels - we too often dismiss the important of sound in our lives, but it's these noises that seem to echo Mona's mental and emotional state, as she grasps at anything that will keep her sane.

Nightmare hones in not only on its titular tendencies, but how those nightmares stem from fears that we might not even recognize or wish to confront. Anchored by Harboe, it's a complex tale that invites us to comprehend that complexity and how it compounds in the mind of one person, and even if that person is strong, the combined dark forces might be stronger.

Do you feel this content is inappropriate or infringes upon your rights? Click here to report it, or see our DMCA policy.
Eili HarboeHerman TømmeraasKjersti Helen RasmussenNightmareSitges Film Festival