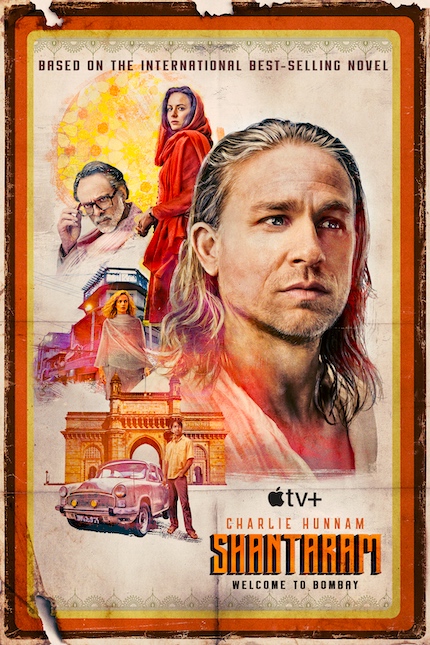 It's up to the white fugitive to save as many poor brown people as he can.

A broad brush of self-righteousness abounds in the character who becomes known as Lin Ford.

Having broken out of prison in Australia, where he was regularly tortured by evil men, the convicted bank robber and murderer flees to India, where he aims to disappear among the crowds in Bombay and enjoy a quiet and peaceful life. It is the 1980s, though, and Bombay is rife with tension and criminal activity, so it's not long before Lin, a trained paramedic and altogether righteous man, finds himself caught up in a web of suspicion and intrigue.

Adapted from a novel by former heroin addict and convicted bank robber Gregory David Roberts, who broke out of prison in Australia and fled to India in 1980, the story follows the high points of the novel, first published in 2003. In the series, Lin is fashioned into a fiery sort of compassionate outsider who always seeks to do what is right, no matter the harm that might come to himself from everyone else in the world.

And it seems that no one else can be trusted, not really, apart from Prabhu (Shubham Saram), a tour guide with a big smile who is only too happy to help the foreigner out when he first arrives, and then befriends him because of Lin's persuasively charming personality. Except that he's not particularly charming.

As portrayed by Charlie Hunnam, Lin is a larger-than-life character who only pretends to be humble and modest so as to not attract attention. He can't help himself, though; whenever he sees someone in need, he can't keep himself from saving them, if that's at all possible. Thus, by his persistently kind, heroic, and self-effacing behavior -- not due to his good looks or rough charms --
he cannot help but become a powerful magnet to all kinds of people in Bombay.

Since no one else will help the poor people in Bombay, he decides to make himself available by moving to the slums and opening up a medical treatment tent to help everyone to the extent that his paramedic training will allow. The dramatic thrust of the series, however, comes from a different source: the slowly-brewing war between two rival criminal gangs that eventually leads to a rain of violence.

The first two episodes, written by Eric Warren Singer and Steve Lightfoot, lay out the premise and Lin's motivations at length, while introducing Prabhu and two women who will play a key role: Karla (Antonia Desplat), a pragmatic if duplicitious businesswoman, and Lisa (Elektra Kilby), a prostitute who doesn't want to be. Both put meat on the bones of their characters, which is quite helpful, since they begin as rather one-dimensional people who are only slowly fleshed out. Unbeknownst to Lin, Karla has a special connection to powerful gang boss Khan (Alexander Siddig), whose #2, Taheri (Fayssal Bazzi), begrudgingly becomes friendly with Lin.

After the first three episodes, which debut simultaneously, the succeeding episodes will debut weekly, which is an easier course to follow. (I watched all 12 episodes over two weeks, which probably gave Lin's self-righteous nature and conduct greater weight than intended, when watched weekly.)

Some shows play better from debuting weekly, and I believe Shantaram is one of them. Although it takes place in India during the 1980s, and that is an essential element of its story, it never transports the viewer to that tumultuous period of time; it always feels a touch artificial.

Giving the show room to breathe is smart. As a weekly experience over a period of time, its strengths as a good, if not great, dramatic series will remain. The white savior aspect, though, will never go away, leaving a residual 'yuckiness' from a cultural perspective.

Do you feel this content is inappropriate or infringes upon your rights? Click here to report it, or see our DMCA policy.
Apple TV+AustraliaCharlie HunnumGregory David RobertsIndia