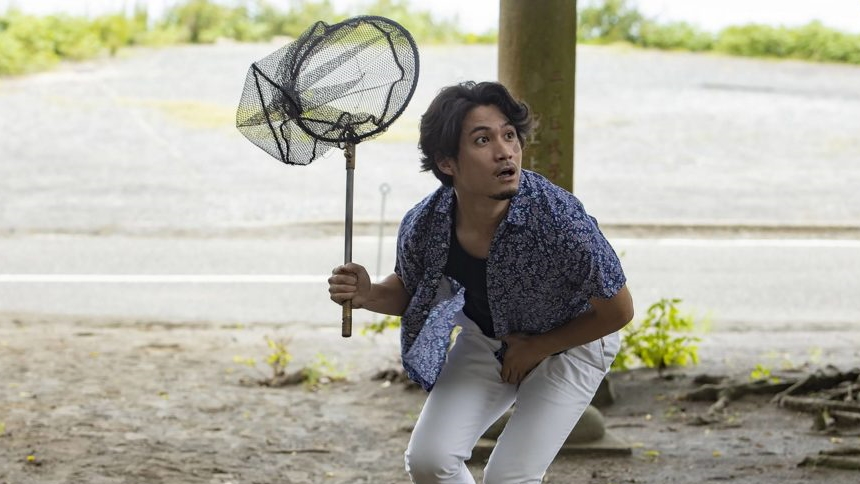 Over four years ago, our very own Josh Hurtado wrote one of the most positive reviews ever published at this here site. Its subject: a low-budget (no-budget rather...) making-of-a-zombie-flick called One-Cut of the Dead by some guy named Ueda Shinichiro. That film became legendary, the little film that could, delighting audiences around the globe. Two remakes have already been made.

While the money shenanigans behind that film probably warrant a documentary of their own, it did propel director Ueda into the limelight, and everyone was avidly awaiting his next films. One thing is sure: it allowed him to run wild with just about any weird premise. His latest film, Popran, is about the sentimental journey of an obnoxious character who is literally hunting after his own detached penis. By Jove!

In Popran, Japan is hit with a weird phenomenon: strange flying "bird-fish" appear everywhere, shooting through the skies at over 150 miles per hour. Nobody knows what they are and the incredulous press writes about them as if they are UFOs. 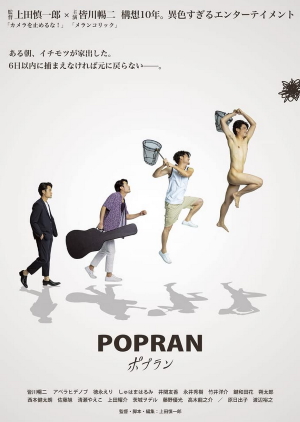 Meanwhile, successful businessman Tatsuya has a different problem: one morning he wakes up with his phallus and scrotum missing. No wound, no scar, only a tiny hole for relieving himself remains. Doctors are baffled and cannot help him, but a secret organization tells Tatsuya what has happened: his lunch box has become a "popran", a self-aware creature. Disgusted with the behavior of its host, the popran has fled the body and is now flying around Japan as one of the mysterious "bird-fishes'. Penises and testicles by themselves don't eat though, so Tatsuya has six days to capture his member and re-attach it before it dies off from hunger somewhere, leaving him dickless for the rest of his life.

So Tatsuya does what any red-blooded male would do: he grabs a butterfly net and starts hunting. In a final message to him, the popran has revealed the three places where the winging willy is wont to wander: his old friend (who Tatsuya betrayed to become sole owner of the company they founded), his ex-wife and daughter (who he left to pursue a career in the big city), and his estranged parents (who Tatsuya hasn't spoken to for over a decade). To regain his manhood, Tatsuya will need to ask everyone he abandoned for help, which is not easy if you're... well.. an antisocial dickhead.

What follows is a surprisingly serious sentimental journey, well acted by all parties. Lead actor Minagawa Yôji is convincing as the asshole who gets taught an important lesson, and his role couldn't be more different from the one he played in Melancholic (the timid bath cleaner) so the guy has range. Nobody in the story wants to discuss the ridiculous reason for Tatsuya's reappearance in their lives, least of all Tatsuya, who keeps making up excuses for suddenly showing up on their doorstep after all this time. Having said that, the whole affair remains rather subdued. It makes you wonder what the intended audience is. Most of the film is straight drama, and even the weener-jokes are rather tame. The popran-creatures are never shown too clearly so as not too offend the easily shocked, but what easily shocked drama people would be watching a movie about flying sex organs?

All in all it makes Popran a nice film but also a mixed bag. It doesn't prove Ueda Shinichiro to be a genius, and One-Cut of the Dead may have been a once-off lucky strike. But he dares to go to some weird corners with his filmmaking, and who knows? You might like this one. The idea actually makes some sense at least, for what would stand a bigger chance of changing the ways of a coldhearted manager: three ghosts appearing at Christmas, or the threat of losing his woody forever? 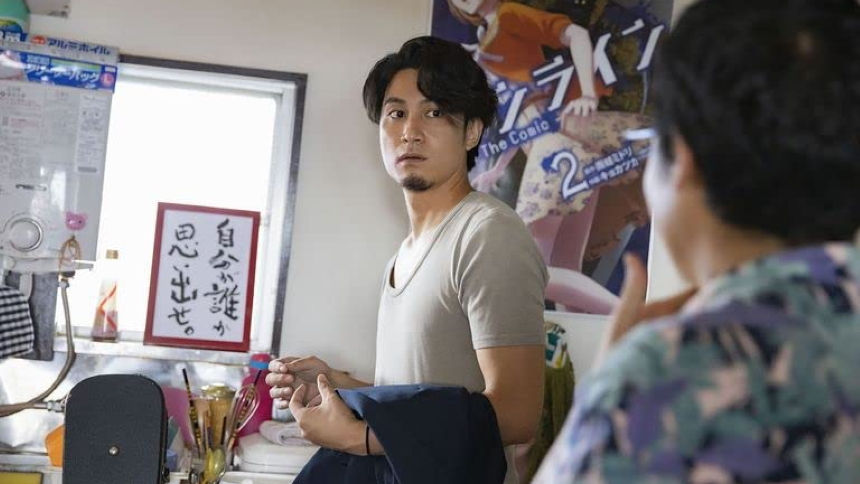 Do you feel this content is inappropriate or infringes upon your rights? Click here to report it, or see our DMCA policy.
Shin'ichirô UedaYôji MinagawaHidenobu AberaEri TokunagaComedy