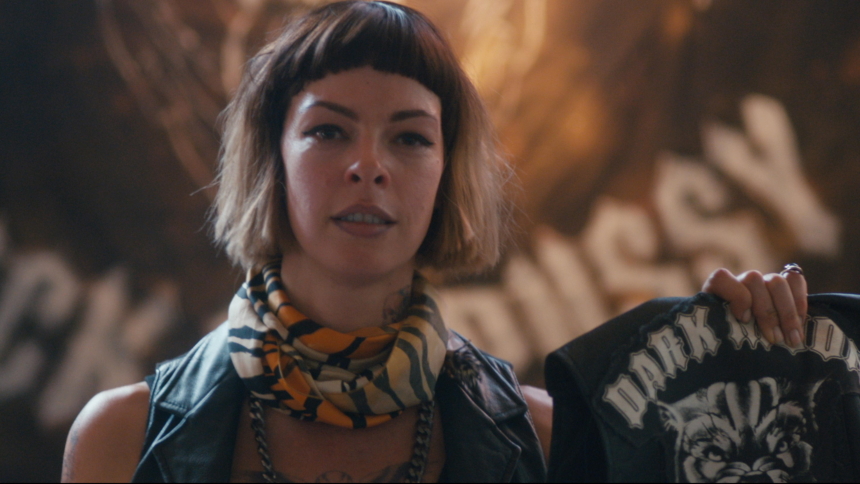 The main theme of this year's Breda-based B-film, Underground and Trash Film Festival BUTFF was called "An Eye For An Eye", and it featured films about people taking the law into their own hands. Vigilante stories, rape-revenge, they were all there. And as the Scottish actress Pollyanna McIntosh was a guest of honour this year (though she unfortunately had to cancel at the last moment), one of the films in the program was Revenge Ride, in which Pollyanna plays a major part. 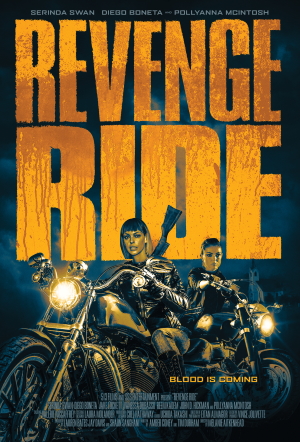 In Revenge Ride, we see a young student get drugged and raped at a college party by some jocks. As the football team is a source of pride for the town, and she was senseless, the student doesn't go to the police as that wouldn't do any good (unconscious victims cannot testify). Instead, she goes to her niece who is part of the all-female biker gang Dark Moon. Enraged, the biker gang goes on a "revenge ride" to punish the jocks, and this starts a spiral of violence with unintended consequences for all.

Back in 2017, an 18-minute long version of the film called Blood Ride was shown at festivals, winning awards for director Melanie Aitkenhead and actress Pollyanna McIntosh. And to be honest, maybe this film works better as a short. Because in its Revenge Ride form of 73 minutes, which isn't even really long, the narrative drags sometimes. Also, some of the story beats come across as overly melodramatic, and at times illogical or bleedingly obvious.

Saving the film almost single-handedly is indeed Pollyanna MacIntosh who plays Trigger, the leader of the Dark Moon gang. Her character is the only one who seems to know from the start how this will end, and is completely OK with it. Effortlessly switching between authoritative, motherly, charming and irrational, she is played as a force of nature and believable as such. When she is on screen, the film automatically turns interesting. And lead actress Serinda Swan is pretty great too. I wish the same could be said about the cardboard characters of the rapists though, whose barmy decisions after the first act completely do not make sense. Writing it all off as male arrogance can get you some distance here, but it's almost like the script says "and now the assholes do some stupid evil shit".

There are also side stories and interesting topics briefly mentioned but then abandoned in the film, and it does the central story no good. Neither does Revenge Ride bring any strong messages, except that hate won't solve everything, yet that it's always fun in movies to beat up a rapist. And frankly, there are plenty of films already (several of which were shown at the Breda festival) which tell that better. Then again, those may not feature Serinda Swan and Pollyanna MacIntosh. 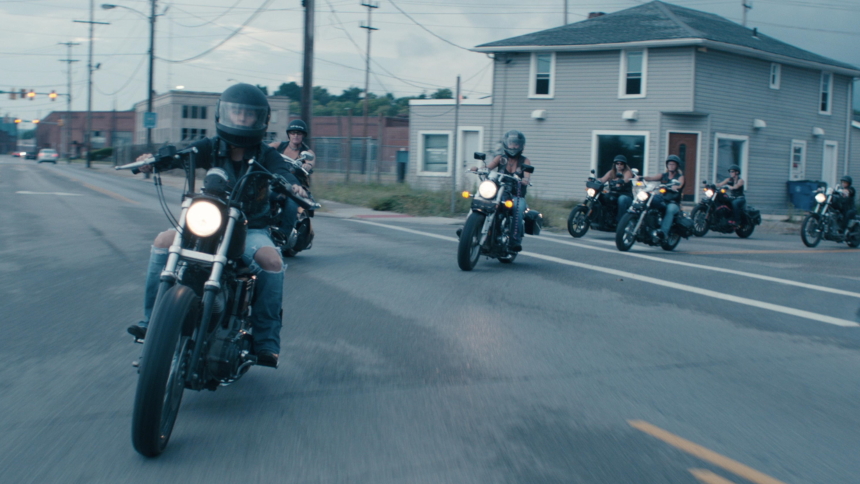 Do you feel this content is inappropriate or infringes upon your rights? Click here to report it, or see our DMCA policy.
Melanie AitkenheadTimothy DurhamSerinda SwanDiego BonetaJake LockettCrimeDramaHorror