Tatiana Maslany stars in the comic action series, debuting on Disney Plus. 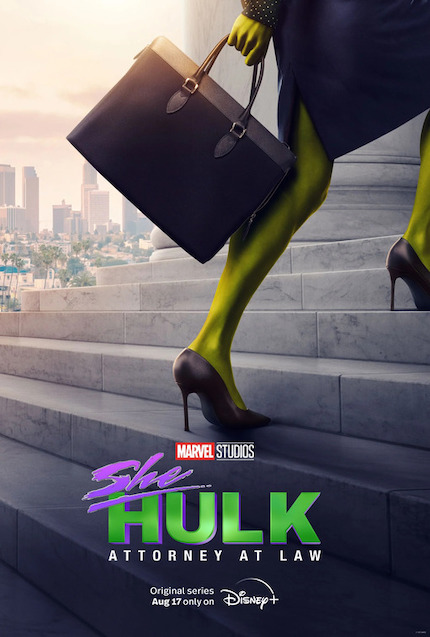 Having established her dramatic talents in a variety of television shows and movies, Tatiana Maslany broke out in a big way with her multiple characterizations in the sterling Orphan Black series, which exposed her to a wider audience. She draws primarily upon her comic instincts to make Jennifer Walters the most likable lawyer in Los Angeles.

Series creator Jessica Gao wrote the first two episodes and gives Maslany ammunition in the form of clever quips, quick comebacks, and witty retorts, which Maslany fires like a machine gun. Gao also gets the premise -- Jennifer is the cousin of Bruce Banner (Mark Ruffalo), aka The Incredible Hulk and accidentally gets some of his superpowered blood, thereby becoming a superhero herself -- out of the way swiftly and comically.

Jennifer's legal career is brought to an abrupt halt when her superpowers are revealed. She gets fired as an assistant district attorney and finds that no one else will hire her until a wily managing partner at a law firm decides she is the perfect choice to head their new superhero defense team, as long as she remains highly visible as the newly-dubbed She-Hulk. (And don't ask how she got that moniker.)

Smartly broken into 30-minute or so episodes -- no doubt better for the forthcoming ad tier on Disney Plus -- She-Hulk: Attorney at Law flies through the four episodes that were made available for preview, all directed by television veteran Kat Cairo, who also directed the recent Jennifer Lopez rom-com Marry Me, which was not as terrible as I'd feared. That film was shot by veteran director of photography Florian Balhaus, who also serves in that role through the first four episodes and makes the series much, much better-looking than anyone might expect for a superhero sit-com.

By describing it that way, I do not mean in any way to diminish the show's achievements. Bright, cheerful, and very, very, funny, I thoroughly enjoyed the show's acknowledgement of its place in the Marvel canon and its bucking against the many, many tropes that have been built up over the past 15 years. Its refusal to take itself seriously and its self-mocking tone are very welcome, and that is borne out as well in the performances by veteran Marvel stars who make repeat appearances here.

Having Ginger Gonzaga along for the ride as Nikkie Ramos, Jennifer's paralegal best friend and comic sparring partner, bolsters the series as well. Gonzaga more than held her own against aspiring stand-up comic actors in I'm Dying Up Here and she does that here too, ably supporting Maslany as Jennifer, yet standing out for her own bright work.

But it's Maslany's show. All hail Tatiana Maslany; She-Hulk: Attorney at Law brings a blast of much-needed fresh air to the Marvel universe.

Do you feel this content is inappropriate or infringes upon your rights? Click here to report it, or see our DMCA policy.
Ginger GonzagaJessica GaoMarvelShe-HulkTatiana MaslanyThe Incredible HulkUSMark RuffaloCharlie CoxActionAdventureComedy