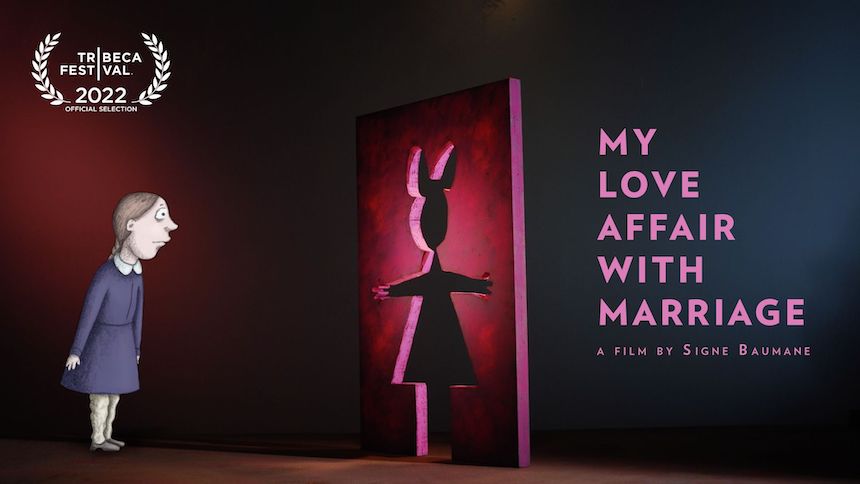 The Latvian-American animator Signe Baumane unveiled her sophomore feature My Love Affair with Marriage at Tribeca. Following her debut, Rocks in My Pockets, where she charted the family history of battling depression and madness, Baumane sharpens her lens on another stereotype-disrupting and convention-using topic: gender and identity.

My Love Affair with Marriage starts out as a young-adult coming-of-age story, following the childhood of the protagonist Zelma. Zelma does not conform to the expectations of her peers and people around her to the stereotypical female norm. Instead, she defies it by not being submissive,  as it is expected. Baumane spotlights the moments in Zelma's life when she encounters the majority's misunderstanding and her reluctance to do what the majority dictates without seeing a deeper sense or purpose in it.

After several moments, it becomes crystal clear that Zelma is a thinly-veiled Baumane stand-in, an on-screen alter-ego. My Love Affair with Marriage is not a strictly autobiographical venture, nor a memoir, but it carries an abundance of autobiographical elements. Baumane's sophomore feature happens to be a more experimental work, as events from Zelma's childhood, adolescence, and eventually, early adulthood are commented on by an anthropomorphized neuron. 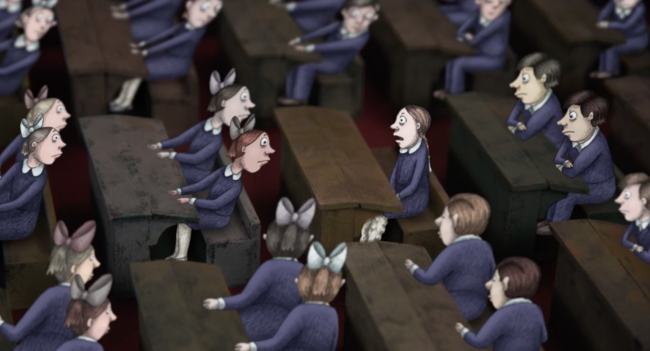 The neuron explains the drivers behind Zelma's behavior, related to the shifting bio-chemistry of her body and the evolution design. The explainers take an edutainment form.

Furthermore, Zelma is accompanied on her way to womanhood by a Greek musical choir of sirens that share their opinion on the protagonist's life and love affairs as an emotional counterpoint to the neuron's rational delivery. Moreover, the director inserts in the mix another extra-diegetic layer, that of geopolitical maps.

Zelma's burgeoning personality, forming identity, and her non-conformist decision-making are thus not set solely against hormonal changes but also against the backdrop of a historical and geographic framing. Given that she lives through her formative years in the former Soviet bloc, she goes most of the time against the conservative stream that expects her to assume the traditional role. And in the center of her endeavor for self-actualization are her two marriages, the push-pull dynamics caused by personal imbalances, and their disruption.

Baumane's story depicts the false or misleading preconceptions on relationships that girls are being programmed to by the general opinion. She joins the ranks of recent works that challenge the silently accepted women's role of good housewives and mothers and deconstructs those stereotypes while the lady neuron explains what causes the neurochemical drive to the conforming behavior while the geopolitical framing clarifies the social norms and codes. 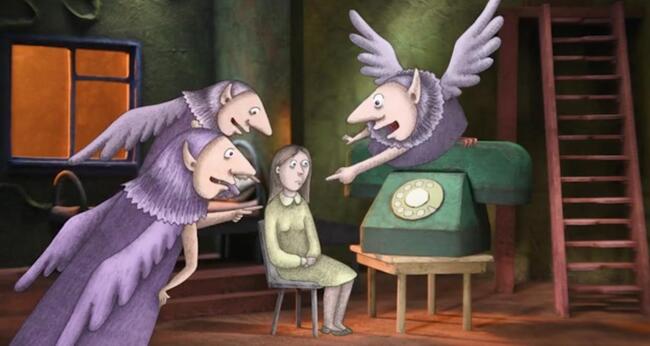 The important distinction compared to other similar oeuvres is the form. Baumane established her unique signature animation style before her feature-length debut, Rocks in My Pockets. She continues to use a style that is ripe with hyperbole and comical metaphors that dress the story in magical realist and a folksy style. However, the director did evolve her style. as Baumane portrays the 2D characters against 3D backgrounds, allowing the scenes a spatial depth.

My Love Affair With Marriage is a frank exploration of mythology of love that finds satisfaction outside the holy matrimony. Failed relationships fuel the protagonist journey to self-realization while debunking gender norms of faux idealism. Signa Baumane's film is a thoughtful contribution to underrepresented female-driven stories by female-led animators.

My Love Affair with Marriage

Do you feel this content is inappropriate or infringes upon your rights? Click here to report it, or see our DMCA policy.
AnimationDagmara DominczykLatviaLuxembourgMatthew ModineSigne BaumaneTribeca 2022USMichele Pawk