BiFan 2022: YOU WON'T BE ALONE and BODY PARTS Take Top Prizes in Bucheon 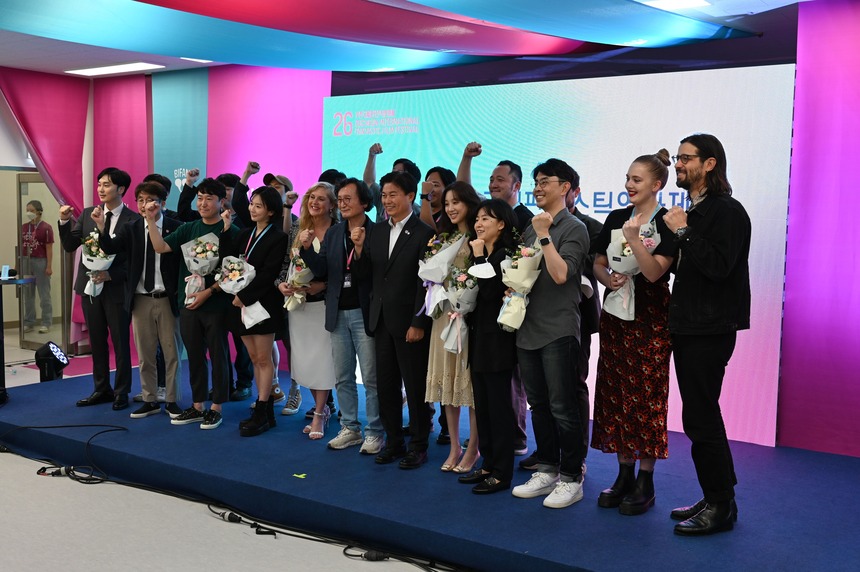 You Won't Be Alone, the debut film of director Goran Stolevski, prevailed at the 26th edition of the Bucheon International Fantastic Film Festival (BiFan), where it won the Best of Bucheon Award, the top prize in the festival's signature Bucheon Choice competition.

Starring Noomi Rapace, the film takes place in19th-century Macedonia and concerns a kidnapped young girl who is turned into a witch. The jury called it a "phenomenal attempt to interpret the fundamentals of humanity through the means of genre cinema by using alienated and isolated human creatures borrowed from folk tales."

Currently shooting his next feature in Macedonia, Stolevski joined by video, thanking the festival for selecting and awarding his film and promising to return in person with his next feature.

The Best Director Award went to Danish filmmaker Christian Tafdrup for Speak No Evil while the Jury's Choice Award went to the sci-fi film Vesper from Lithuanian director Kristina Buozyte and Bruno Samper of France. For the Director Award, the jury also reserved a special mention for the Mexico-Peru co-production Huesera from director Michelle Garza Cervera. This year's Audience Award was picked up by the Australian film Sissy from directors Hannah Barlow and Kane Senes.

Park Sye-young's inventive debut feature The Fifth Thoracic Vertebrae wound up with three awards on the night, picking up the Best Director Prize, a Nonghyup Distribution Award, and the Korean Fantastic Audience Award.

Jung Ryeo-won of The Woman in the White Car and Thunderbird's Seo Hyeon-woo earned the Korean Fantastic Actors Awards. Both films, from directors Christine Ko and Lee Jae-won, respectively, also won the Watcha's Pick for Features Awards. A second Nonghyup Distribution Award was also picked up by YEOM Ji-ho for Next Door. Next Door's Oh Dong-min also received a special mention in the Korean Fantastic Actors Award category.

This year's NETPAC Award went to the Japanese film Office Royale by Seki Kazuaki and the Méliès International Festivals Federation (MIFF) Award for Best Asian Film also went to a feature from Japan, Ninomiya Ken's The Midnight Maiden War. The Odd Family Award, presented by a jury of 15 children, was awarded to the animation Pororo Movie_Dragon Castle Adventure from director Kang Seung-hun and Yun Jea-wan.

Though the Bucheon International Fantastic Film Festival (BiFan) carries on until Sunday, for most international guests the festival culminated with last night's awards ceremony. It was the first time in three years that the festival was able to invite guests from overseas.