Now on Home Video: PANDA! GO, PANDA!, When the World Was Young 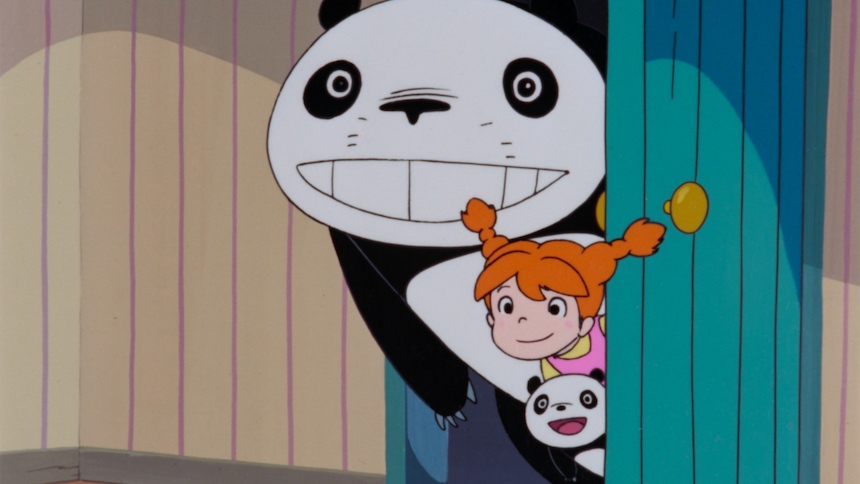 Once upon a time, it was perfectly acceptable to leave your child home alone.

Panda! Go, Panda!
The film is now available on Blu-ray, DVD and Digital via GKids.

I grew up in the U.S. during the 1960s and 70s, when children were expected to fend for themselves after school. The 'latchkey kid' generation was not limited to the U.S., though, as demonstrated by two Japanese short films, directed by Takahata Isao, based upon an original story, scripts and layouts by Miyazaki Hayao.

The two animators had already teamed up on the feature film The First Adventure of Horus, Prince of the Sun (1968), developed a possible Pippi Longstocking feature that was never produced, and began producing the Lupin III anime series, before turning their attention to a panda project.

First released in 1972, Pappa Kopanda reportedly reworked ideas and story elements from the Pippi Longstocking project that were never used there. Per Wikipedia: "The movie, as well as its followup, Rainy Day Circus, played as the opening short to Toho's Godzilla movies, where it was warmly received by audiences."

If true, that makes perfectly logical, if somewhat kooky sense. (I'm picturing the shorts playing in front of Godzilla vs. Gigan (1972) or Godzilla vs. Megalon (1973), especially the latter, which has an incredibly silly, comic streak running right down its scaly back.) The two short films are incredibly colorful and playfully funny, which also makes sense, since they were aimed at children.

As our founding editor, Todd Brown, wrote in 2009: "Conceived and written by Miyazaki with Takahata handling directorial duties, Panda Go Pandaclearly didn't have the resources behind it that Studio Ghibli offerings have been blessed with but the same charm and style that makes the two men's work so distinctive today is already fully in evidence here." Now that I've finally seen the shorts, I agree completely; these are a treat to watch, no matter what your age.

GKids is releasing the films together as Panda! Go, Panda!. I've only watched them on an online screener provided by the company through an approved publicist, but they look awesome, and, given GKids' excellent reputation, I'm sure the Blu-ray (and DVD) look immaculate.

The bonus features on both the Blu-ray and DVD include:

Visit the official site for more information and to order your own copy. 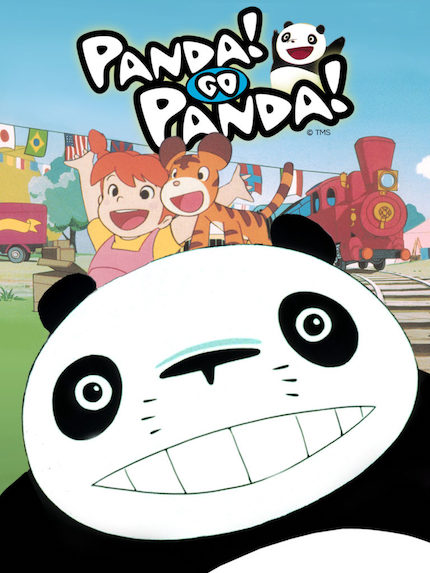