Review: THE KIDS IN THE HALL, A Funny Kind of Love Story 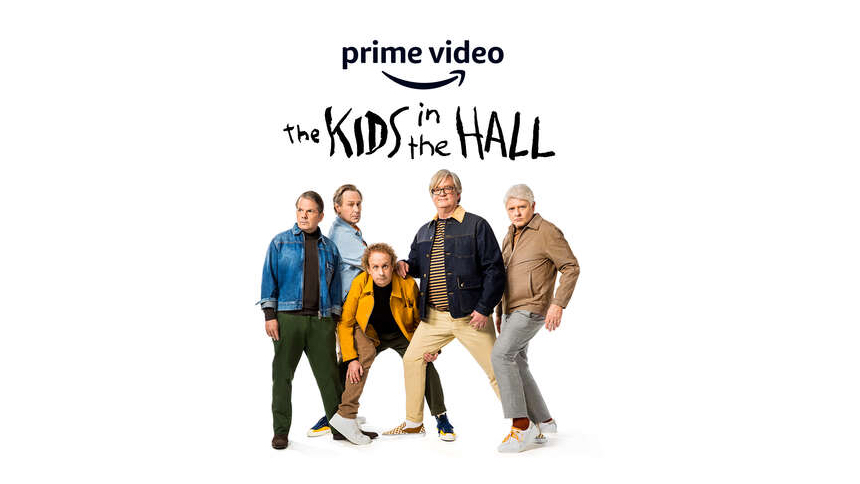 As the U.S.-based managing editor of a site that was founded in Toronto and proudly remains based in Canada, I am contractually obliged to inform you that I am not qualified in any way, shape or form to "review" a show that is riotously funny.

But you already knew that.

The Kids in the Hall
The first five seasons, plus Death Comes to Town, are now streaming on Prime Video. Season 6 will debut in its entirety Friday, May 13, 2022.

If your brain operates on the same wavelength as The Kids in the Hall, my job here is done. All you need to know is that brand new episodes of the classic show will be available shortly, each running less than 30 minutes, and that you need to set aside time as soon as possible thereafter in order to enjoy them.

You may wish to dole them out sparingly to yourself and to your loved ones, so that the comedic freshness will remain tart and slightly sweet, or you may decide to gorge on them once, twice, three times, or more. The beauty and the glory of a streaming service is that, once you have paid a monthly or annual subscription fee, you may watch whatever you choose to watch on the service as many times as you wish.

Or, you may wish to rewatch the first five seasons (1999-2004) in their entirety, since they are now available on the same streaming service. You can also watch Death Comes to Town, the multi-episode series from 2010, which was made under challenging circumstances, as described in an accompanying documentary that is also available on the same streaming service.

Consider this a public service announcement.

(Note: the entire show is NSFW (Not Safe For Work), unless you work in a comedy club, but the trailer below is green-band.)

Comedy Punks
The documentary debuts Friday, May 13 on Prime Video.

Directed by Reg Harkema, Comedy Punks is divided into two parts, tracking the entire career of comedy troupe The Kids in the Hall, from their beginnings in the early 1980s through to today.

The first part is filled with archival footage of very early shows, and details what the five members of the group were doing just before they got together, how their comic chemistry instantly sparked, how it grew popular over more than a year as they did their shows in Toronto, and came to the attention of Lorne Michaels, all this leading to the first season of their first television show -- and its cancellation.

Picking up the pieces immediately thereafter, the second part deals with how they got a second season, how the popularity of the show gradually took off, and how it led to more brilliant seasons until the group ruptured and ceased to exist. Then it picks it up again and covers what has happened over the past 20 years.

Throughout, recent interviews with the entire cast allow them to tell the story in their own very funny words. Having gained perspective, they are smart enough to acknowledge their own individual culpability in the mistakes that they collectively made, yet also to celebrate the joys and recognize how important each is to the other.

Interviews with a number of other comic celebrities -- not all of them Canadian, but most of them -- pinpoint how and why The Kids in the Hall appealed to all the freaks and geeks in the world, and remain just as funny as ever.

Do you feel this content is inappropriate or infringes upon your rights? Click here to report it, or see our DMCA policy.
CanadacomedydocumentaryThe Kids in the Hall