Review: THE CONTRACTOR Goes By the Book 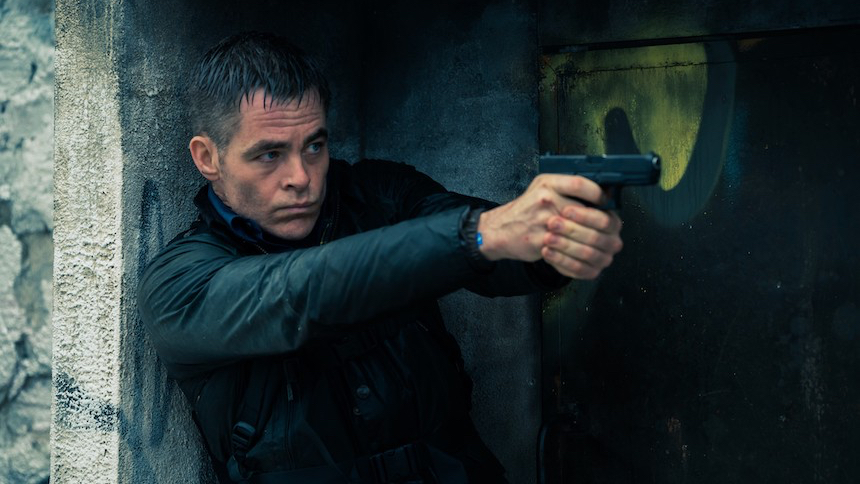 That Oscar-nominated, politically-charged modern Western justifiably received plaudits for Pine, Foster, and Jeff Bridges's top-tier performances, David Mckenzie’s restrained direction, and Tyler Sheridan’s (Yellowstone, Wind River, Sicario) complex, multi-layered screenplay more than five years ago. Following up the lauded Hell or High Water, however, was always going to be a difficult, if not impossible, challenge, a challenge that The Contractor, despite the near-Herculean efforts of Pine, Foster, and director Tarik Saleh (The Nile Hilton Incident, Tommy, Metropia), among others on both sides of the camera, ultimately fail to meet.

In an efficiently directed and edited montage, Saleh and screenwriter J.P. Davis (The Neighbor, Fighting Tommy Riley) connects the U.S. military to a political ideology centered on Christianity, nationalism, and imperialism. We encounter Pine’s pious, religiously devout family man, Special Forces Sergeant James Harper, during a seemingly routine 24-48-hour period as he rehabs from a serious, potentially career-ending knee injury, training alone away from his wife, Brianne (Gillian Jacobs), and preteen son, Jack (Sander Thomas), and attending Sunday church services. The barely seen pastor delivers the usual religious platitudes and calls for spiritual protection from his deity for the active service members from nearby Fort Bragg sitting in the pews.

Once the montage gives way to more straightforward storytelling, everything goes sideways for Harper. Despite years of decorated service, Harper’s decision to use unsanctioned drugs to aid his rehab efforts leads to an honorable discharge without benefits or pension.

The routine gig is anything but, of course. Leveraging Harper’s order-following nature and unexamined biases and prejudices, Jennings tasks Harper with surveilling Salim Mohamed Mohsin (Fares Fares), a Syrian-born, U.S.-educated virologist working in Berlin for a foundation with presumed ties to Al-Qaida.

With the word “bioterrorism” floating in his head, Harper, Mike, and several other private contractors embark on a search-and-recovery mission that goes sideways almost immediately, separating Mike and Harper, and forcing Harper to find his way back to a safe house and the U.S. before the Berlin police and another covert ops team finds him.

Closely following the Bourne template, Saleh avoids images and locations typically associated with Bourne’s globe-trotting predecessor (James Bond), emphasizing the grit and grime of Berlin’s lesser-known, economically depressed areas. With Harper forced to rely on his training, skills, and an old-school analog map, the nondescript, interchangeable locations add a layer of claustrophobia and paranoia to Harper’s journey back home.

Add to that several stunt-heavy set pieces (well-choreographed, if too few and far between) and The Contractor offers mostly satisfying action scenes amidst beat-for-beat familiarity and a thematic approach to Harper’s actions and the role of private contractors in the real world that can be only described as muddled.

Saleh and Davis obviously want the audience to sympathize, even empathize, with Harper’s choices (e.g., financial desperation, abandoned by the military) justified by his financial desperation and, as Jennings describes in a long-winded, on-the-nose monologue that plays directly into Harper’s contradictory feelings, the sense of abandonment and failure that followed the latter's involuntary detachment from the military. Saleh and Davis, however, refuse to fully acknowledge the thorny, ethical, and moral issues associated with Harper’s mission or the immediate aftermath.

Instead, The Contractor expects the audience to set aside any doubts and remain on Harper’s side until the final fadeout. That screenwriting-based decision places the burden on Pine’s relatability and likability to slip past any moral or ethical quandary Harper finds himself in.

The Contractor will be available in movie theaters and via various digital and VOD platforms on Friday, April 1.