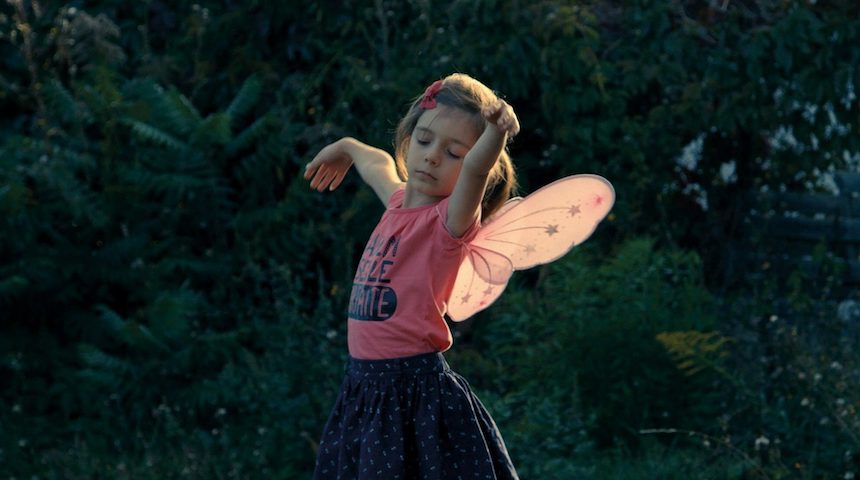 By all outward appearance, Sasha is an ordinary little girl, happily living with her family in a small community in rural France.

Just 7 years of age, Sasha is a very bright young person, and to watch her eyes well with tears, as she struggles for words that can express how she feels, is deeply affecting. Sasha has accepted her identity as a little girl, though some schoolmates and teachers do not, and cannot get past the idea that Sasha was assigned male from birth.

Director Sebastien Lifshitz documents extended, oft-anguished conversations between Sasha's mother and doctors who understand the challenges she faces and the doubts that torture her, wondering if she has somehow sentenced her beloved child to a lifetime of insecurity, even as she and her husband care for all of of Sasha's physical needs in a loving and supportive environment. The documentary puts faces front and center, making it difficult to look away. We observe these conversations, as well as Sasha's dancing, picnic times with her loving family, and a pleasing variety of other stolen moments.

It's not entirely bleak. Sasha plainly loves and appreciates her family as they seek to protect her from outside forces that are sometimes blunt and rudely abusive. Moments of joy stand out in the sea of challenges that threaten to overwhelm Sasha and her family.

As usual with Music Box Films, the Blu-ray looks lovely from an image perspective, and the bonus features are generous, including a conversation recorded at the film's New York premier, a filmmaker Q&A from Rendez-Vous with French Cinema, deleted scenes, an interview with director Sebastien Lifshitz, and the theatrical trailer.

In an increasingly unkind world, especially toward those who do not fall into culturally traditional patterns, Little Girl is a tonic for what ails you.

Do you feel this content is inappropriate or infringes upon your rights? Click here to report it, or see our DMCA policy.
documentaryFranceMusic Box FilmsSebastien Lifshitz