After a wildly successful virtual Sundance Film Festival 2021, Sundance 2022 was all set to experiment with a hybrid model that would include all of the clever innovations from the '21 fest (increased inclusivity of home access, smaller program, fun online/VR interactivity) and marry them with a triumphant return to the winter wonderland homebase of Park City. Alas, best laid plans and all... we're going back to virtual!

The pivot to virtual cost the festival the world premiere of Michel Hazanavicius's (The Artist) One Cut of the Dead remake Final Cut -- but other than some non-refundable hotel reservations and bummed-out Main Street merchants, that seems to be the extent of the collateral damage. Meanwhile, we all benefit from getting to watch 11 days of indie film goodness from the comfort of our couches with zero risk of FOMO (and, you know, less risk of other viruses).

We've poured through the program, taken a sneak peak at a few of the titles, and are here to direct you to a few of the standout-looking films. But as Sundance is always a discovery fest, we recommend you just dive on in and take a chance with something that you may not expect to enjoy. Chances are, it will be worth the watch. 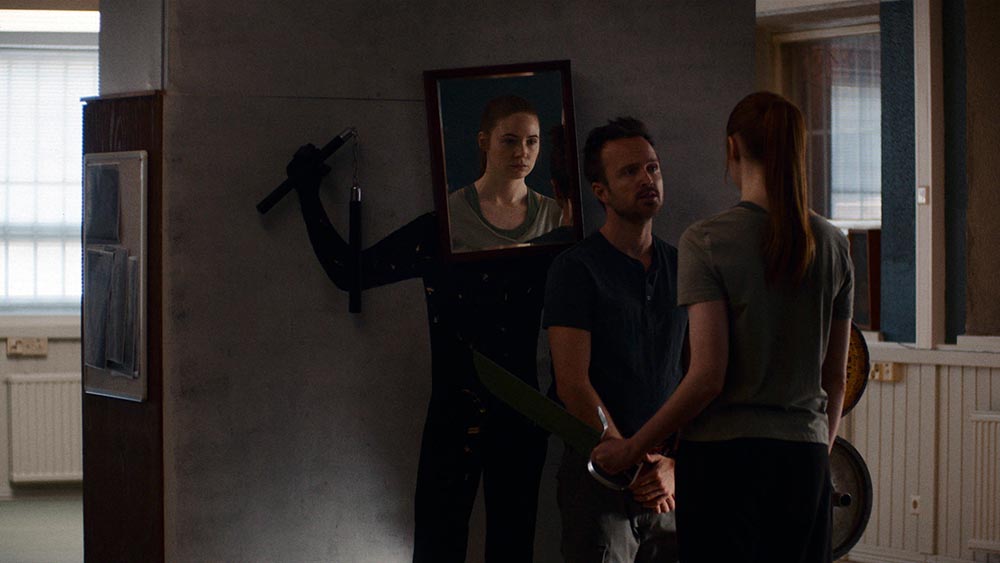 Dual
Though this is his third feature film, Dual marks Riley Stearns' first return to Sundance since his 2013 short The Cub (so worth a watch). If you have seen that or either of his previous features, Faults and The Art of Self Defense, you'll know that Stearns' idiosyncratic sense of black-as-night humor promises plenty of bizarre goodness. The plot description -- a woman (Karen Gillan) must fight her clone to the death after determining she didn't need said clone to take over her life after all -- seems right up his alley. Aaron Paul joins the party as the woman's trainer. The film is produced by XYZ Films. 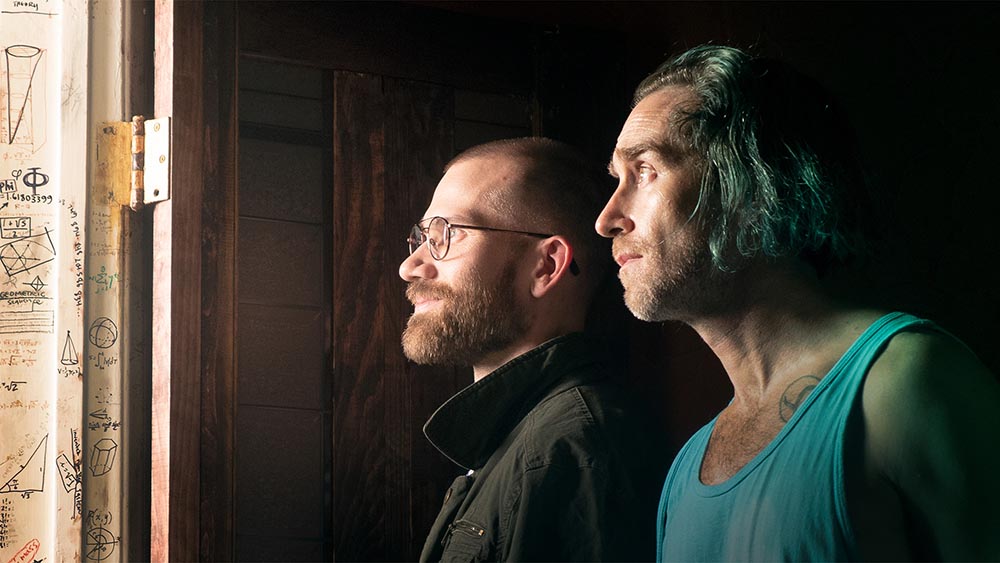 Something in the Dirt
While it might seem somewhat strange to program the fifth feature from Justin Benson and Aaron Moorhead (and last before their Marvel series drops) in the Next section, this is indeed their first feature to premiere at Sundance. So who knows, maybe the Park City crowd isn't hip to the Rustic Films vibe yet. It more likely has to do with the back-to-their-roots uber indie nature of this one that stars the duo as neighbors trying to document supernatural events for fame and fortune. 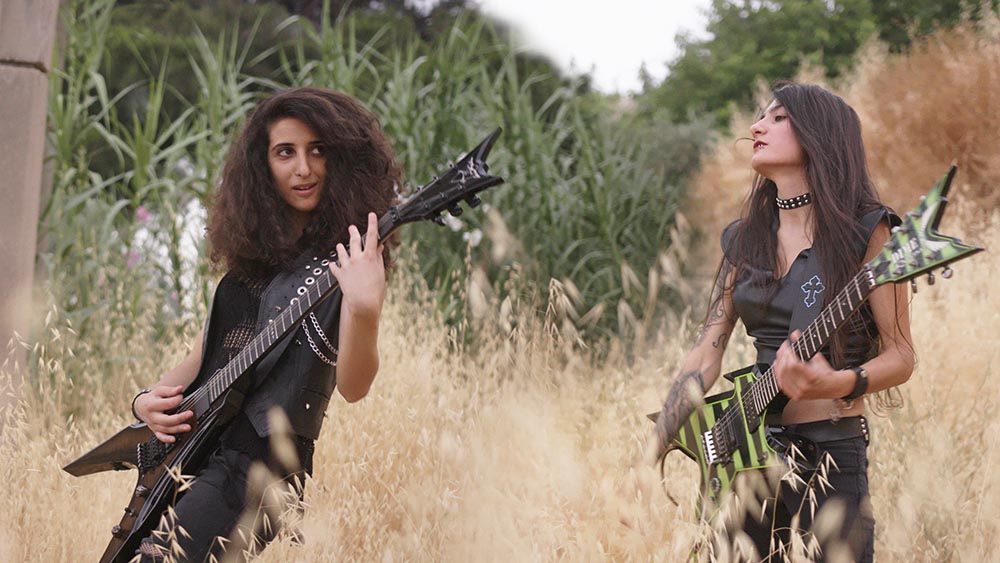 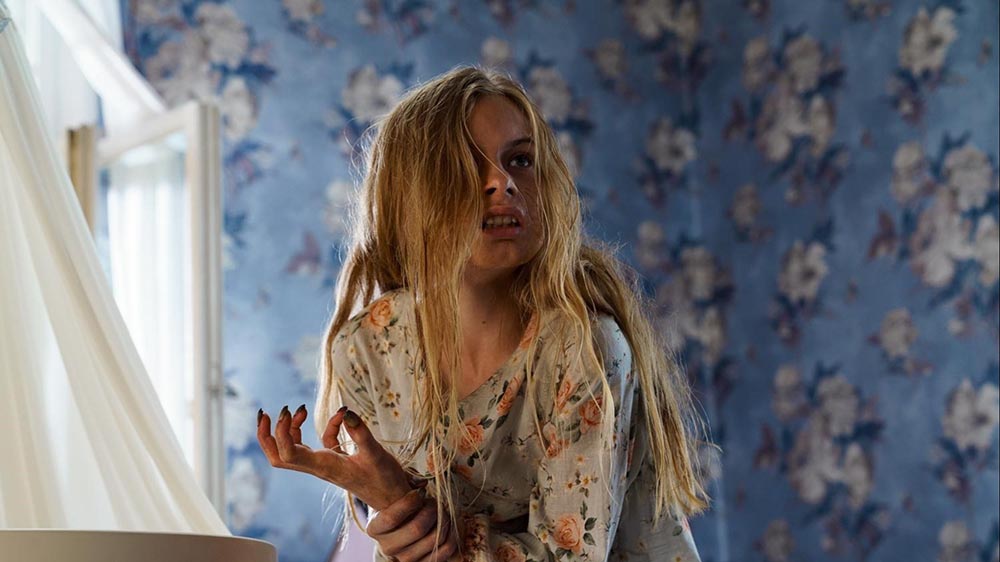 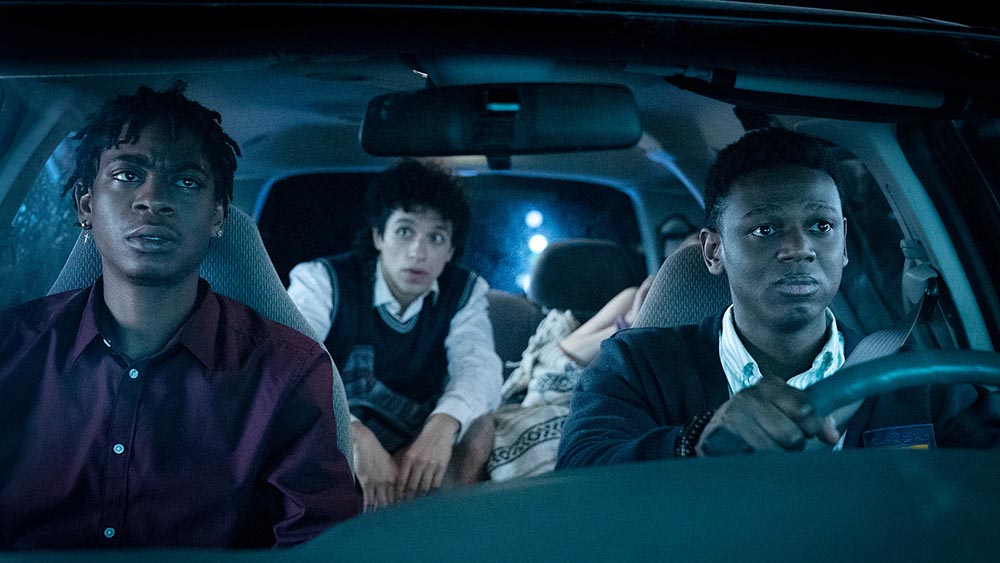 Emergency
Carey Williams made a splash at Sundance just last year with his modern-day take on Romeo and Juliet, R#J. While that film has yet to secure US distribution, his latest film is coming to the festival with a deal in place from Amazon. The movie follows a group of Black and brown college kids as they discuss the ramifications of calling the police after they find a passed-out white girl on their way to a party. This is the feature-length adaptation of a short that Williams brought to the fest in 2018. 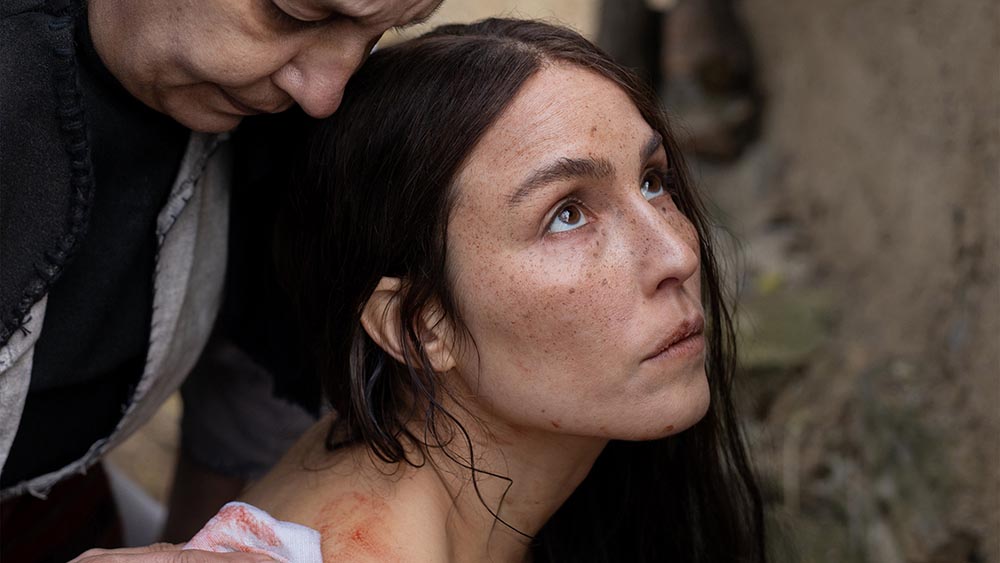 You Won't Be Alone
The original dragon tattooed girl, Noomi Rapace, stars in this 19th-century Macedonia-set story of a witch and a shapeshifter. It marks the feature debut for director Goran Stolevski. 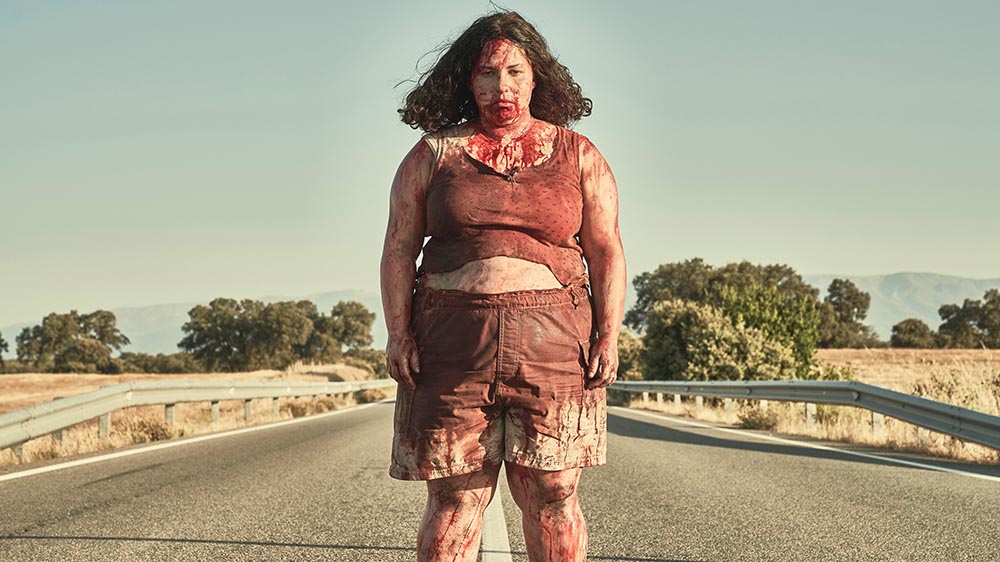 Piggy
Carlota Pereda's feature debut is this bloody Spanish tale of a bullied young woman who must decide if she will punish or save the mean girls who have caused her so much harm. 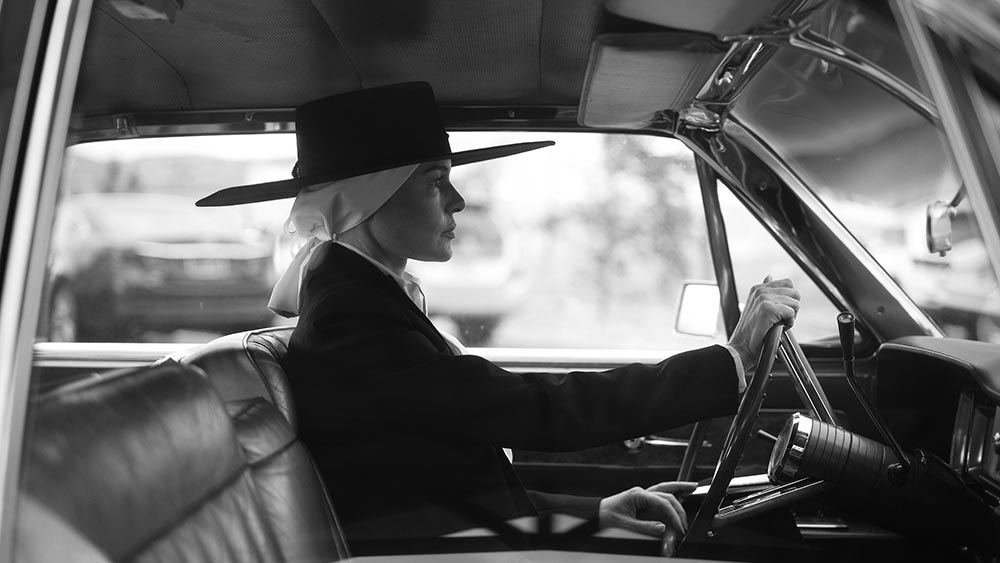 Bring on the Dancing Horses
Michael Polish brings his minimalist and highly artistic aesthetic, which we've seen in features such as Twin Falls Idaho and Northfork, to the small screen with this series pilot that stars Kate Bosworth as an assassin in a modern-day Western. 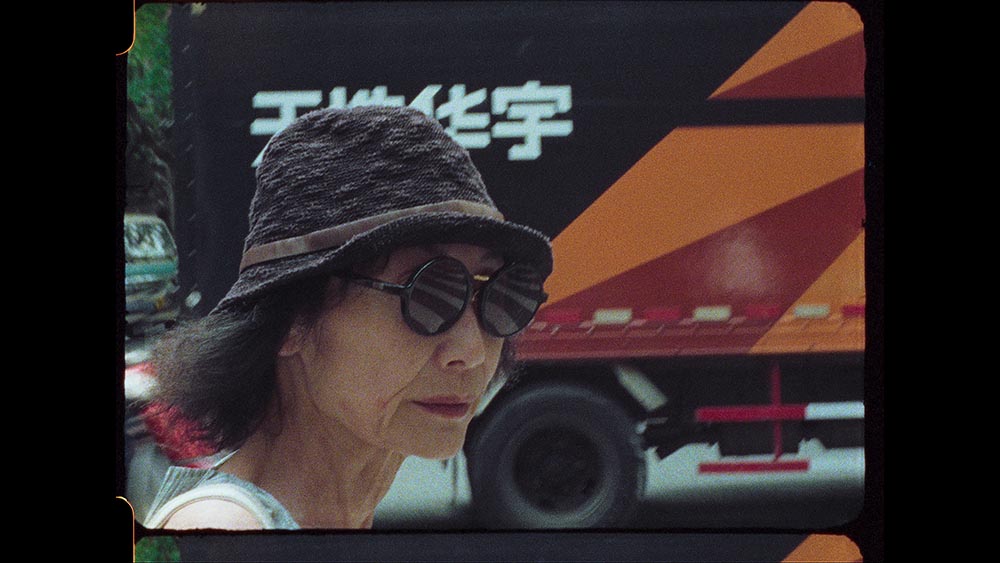 The Exiles
This debut feature doc from Ben Klein and Violet Columbus (daughter of prolific filmmaker Chris) follows documentarian Christine Choy as she travels the world to discuss her unfinished documentary with its subjects, the exiled organizers of the Tiananmen Square protests. 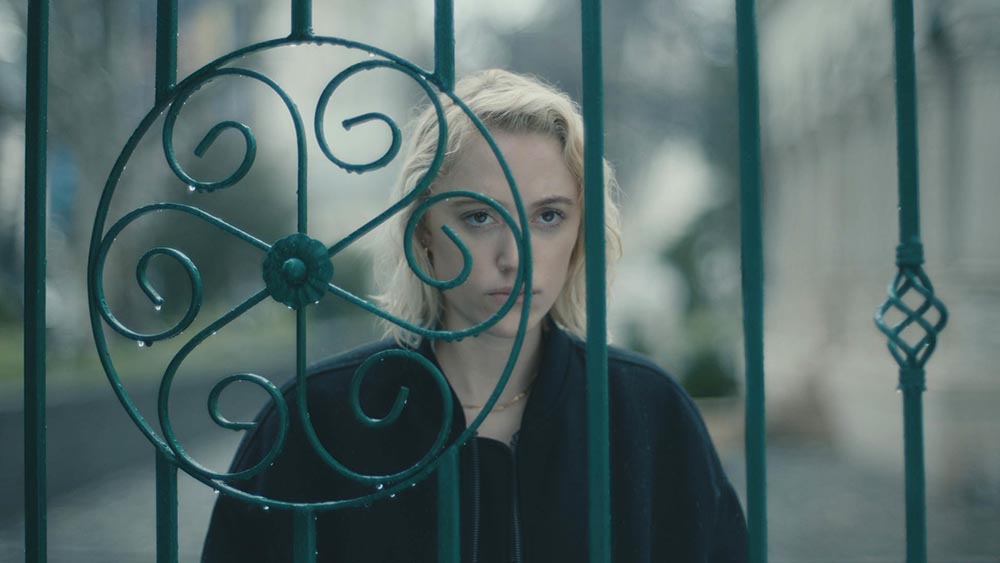 Watcher
Maika Monroe stars as a woman stalked by an unseen force after relocating to Romania in this feature debut from Chloe Okuna. 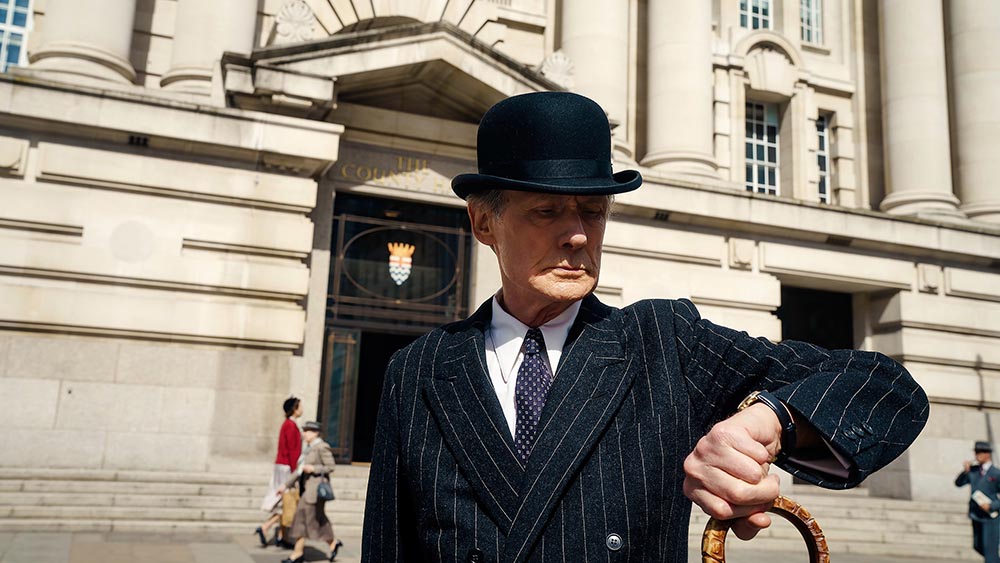 Living
Bill Nighy inhabits the role made famous by Takashi Shimura in Akira Kurosawa's 1952 contemporary classic Ikiru about a mid-level bureaucrat who gets a new outlook on life when confronted with his own mortality. This English-language adaptation also stars Aimee Lou Wood, Tom Burke, and Alex Sharpe, and is directed by Moffie director Oliver Hermanus. 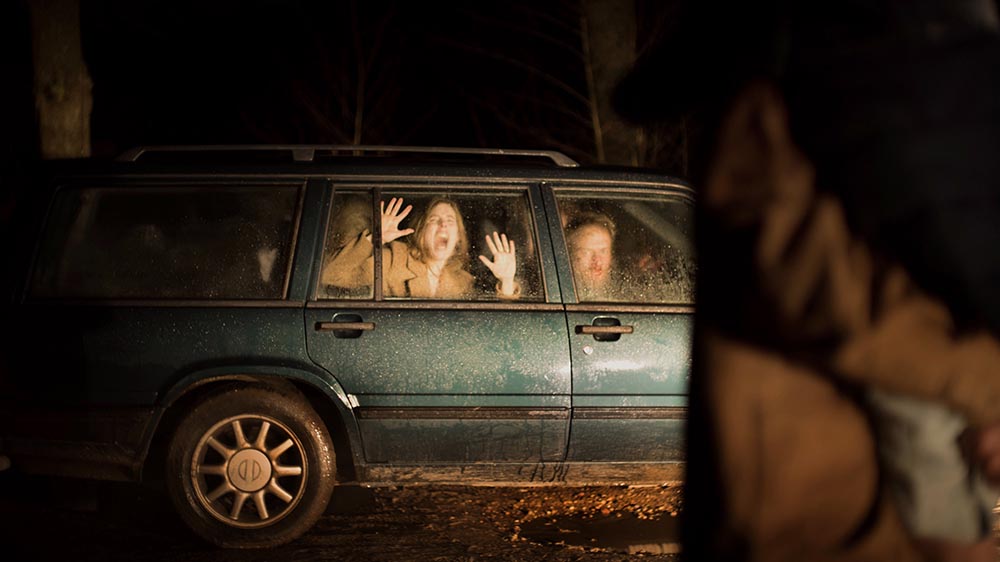 Speak No Evil
A Danish family and a Dutch family square off while on vacation in Italy. Who will win? Well, director Christian Tafdrup is Danish.... So you decide. 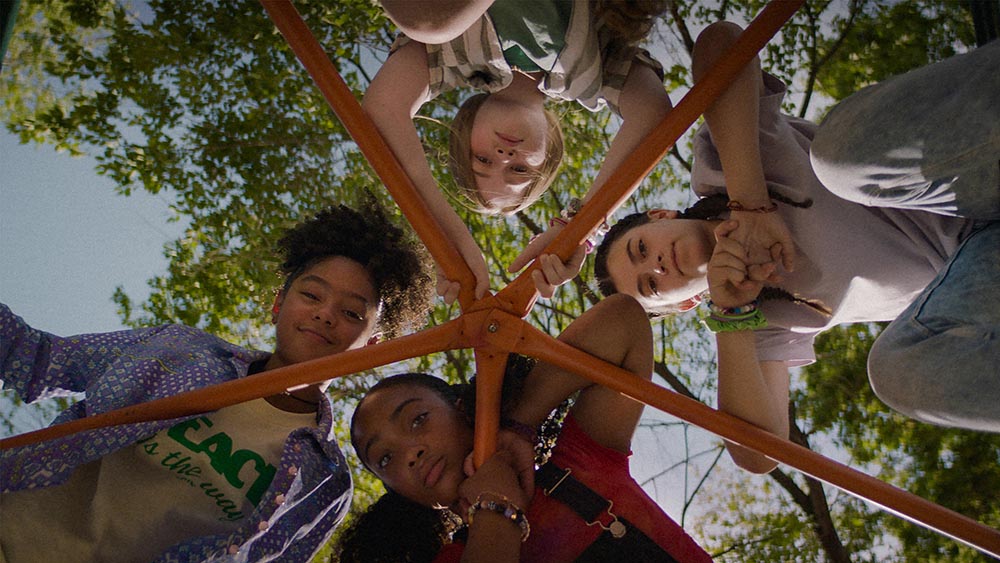 Summering
James Ponsoldt (The Spectacular Now, The End of the Tour) returns to Sundance with this Y.A. adventure about four girls and one dead body on the last weekend before high school. 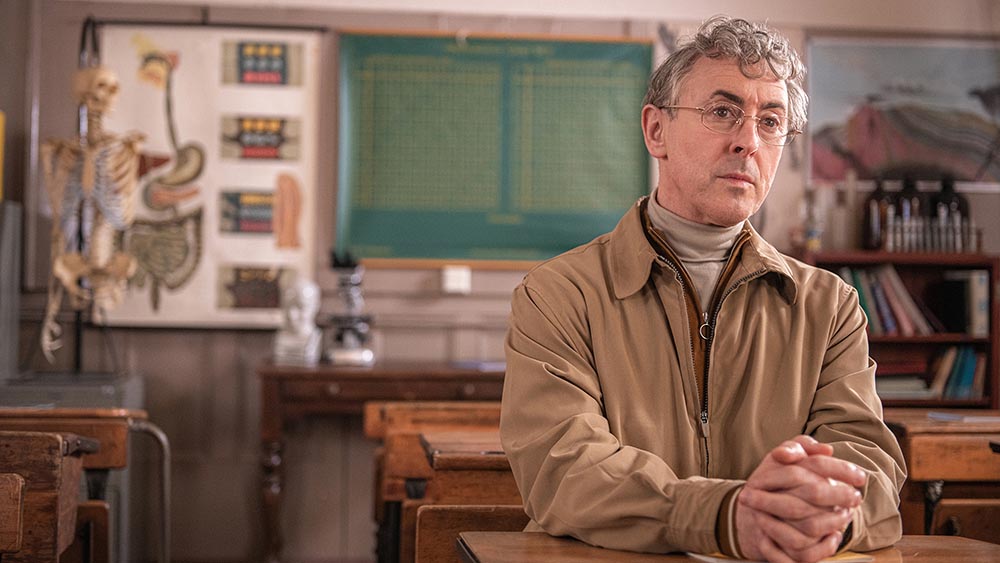 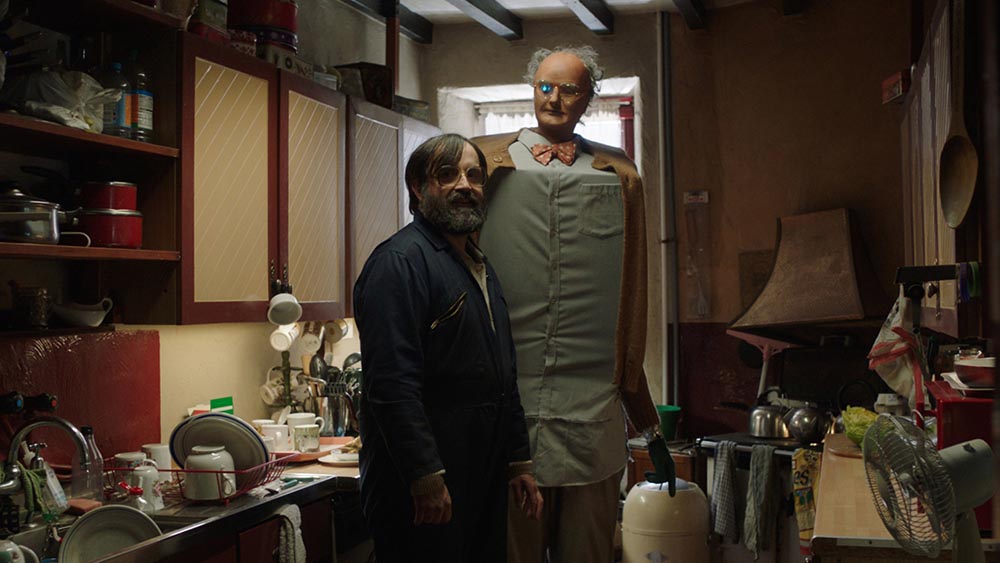 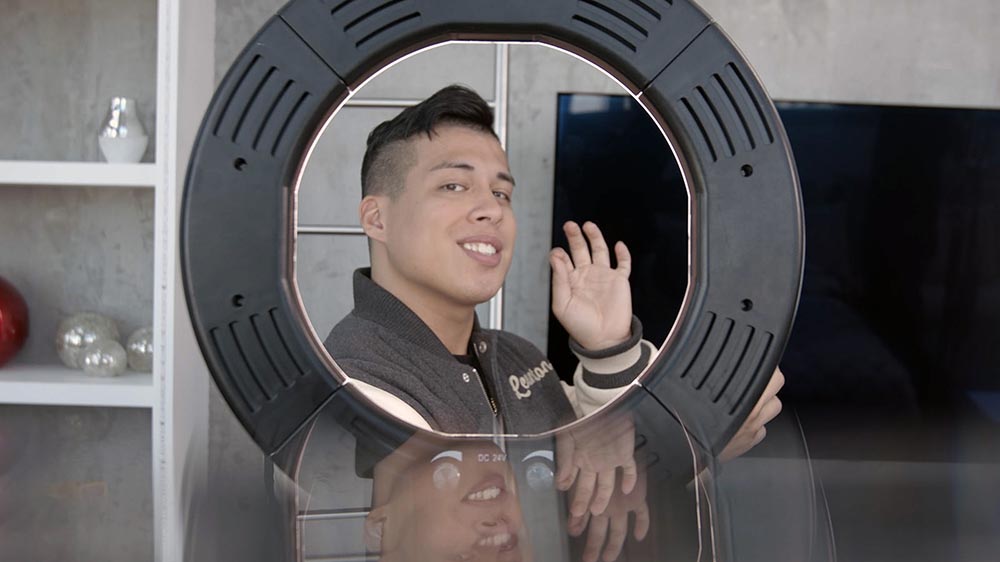 TikTok, Boom
Perhaps it's too cute, but it's probably safe to call this the new one from Coded Bias director Shalini Kantayya, "the TikTok dok." 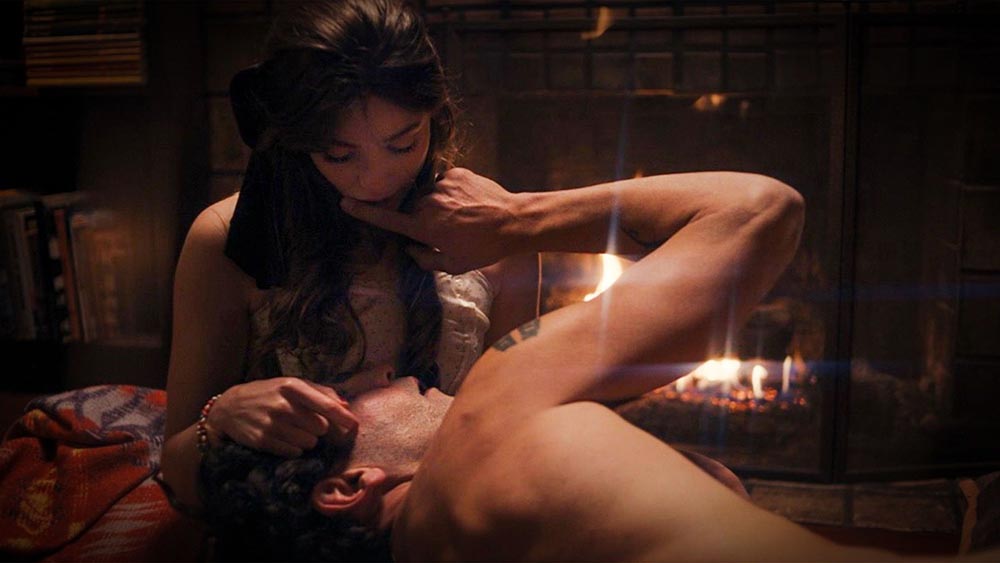 Sharp Stick
Lena Dunham's return to the big screen nearly 12 years after Tiny Furniture stars Kristine Froseth as a naive 26-year-old looking to lose her virginity with an older man. 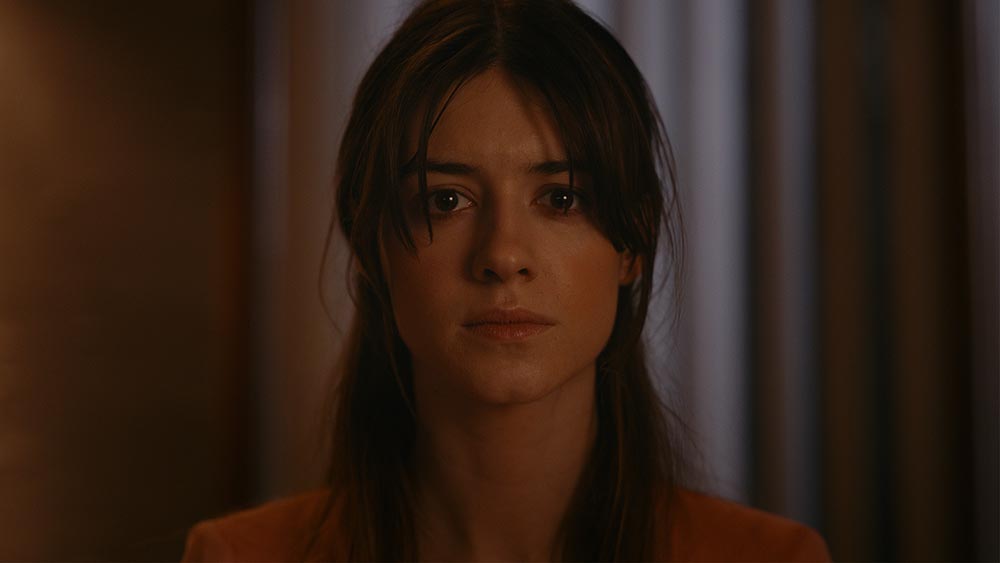 Fresh
Daisy Edgar-Jones and Sebastian Stan star in Mimi Cave's directorial debut that tells the classic story of girl meets boy, girl falls for boy, girl finds out boy has "unusual appetites." Adam McKay produced this midnighter that will be getting a release from Searchlight. 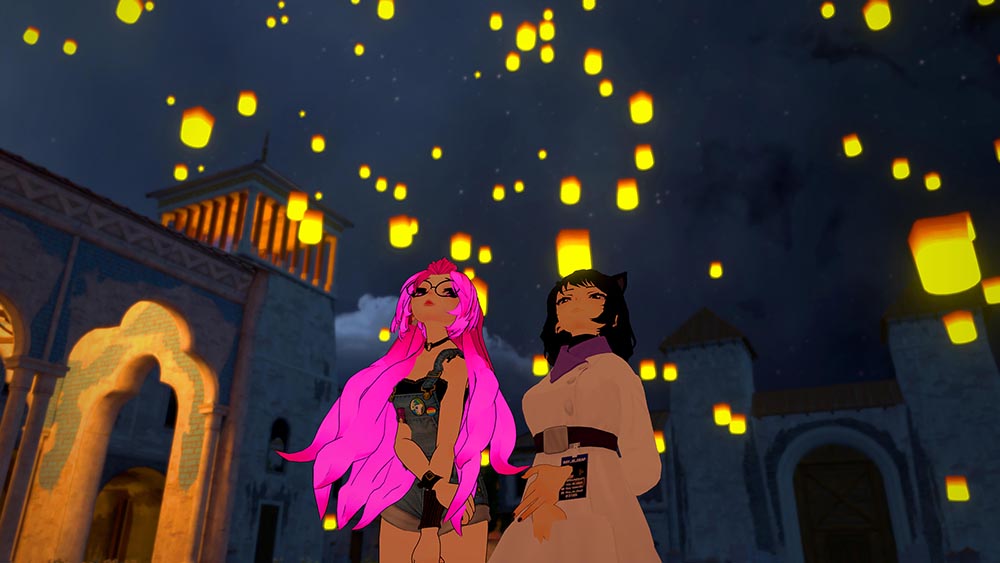 We Met in Virtual Reality
The first feature film shot entirely in VR, Joe Hunting's feature debut follows a number of couples and characters who met, bonded, and formed long-lasting relationships in the social app VRChat during the pandemic. 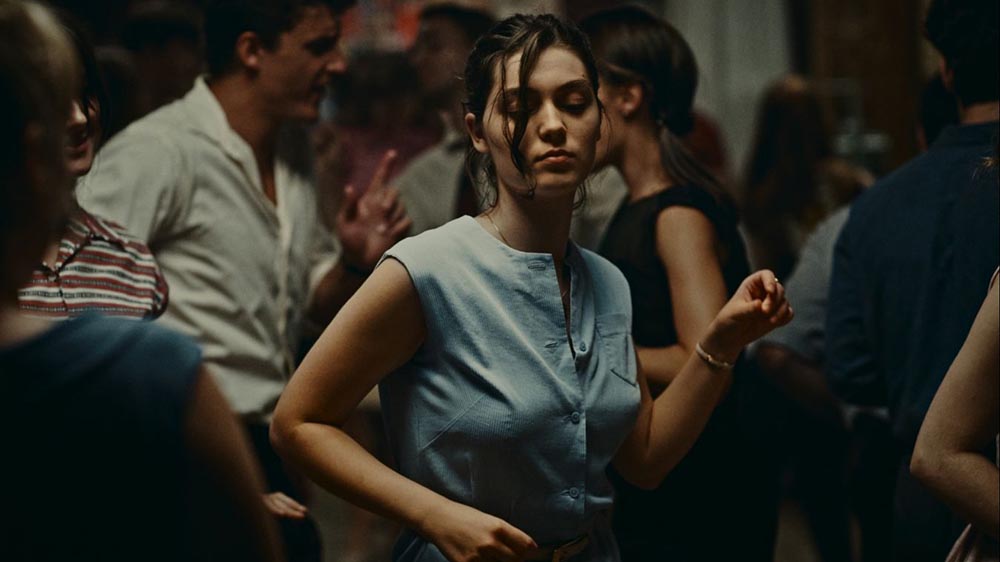 Happening
This 1963 France-set abortion drama by Audrey Diwan took home the Golden Lion at last summer's Venice Film Festival. IFC will be bringing it out later this year. When You Finish Saving the World
Jesse Eisenberg makes his feature directorial debut with this Opening Night film that explores the hard times faced by a mother and her son, played by Julianne Moore and Finn Wolfhard. 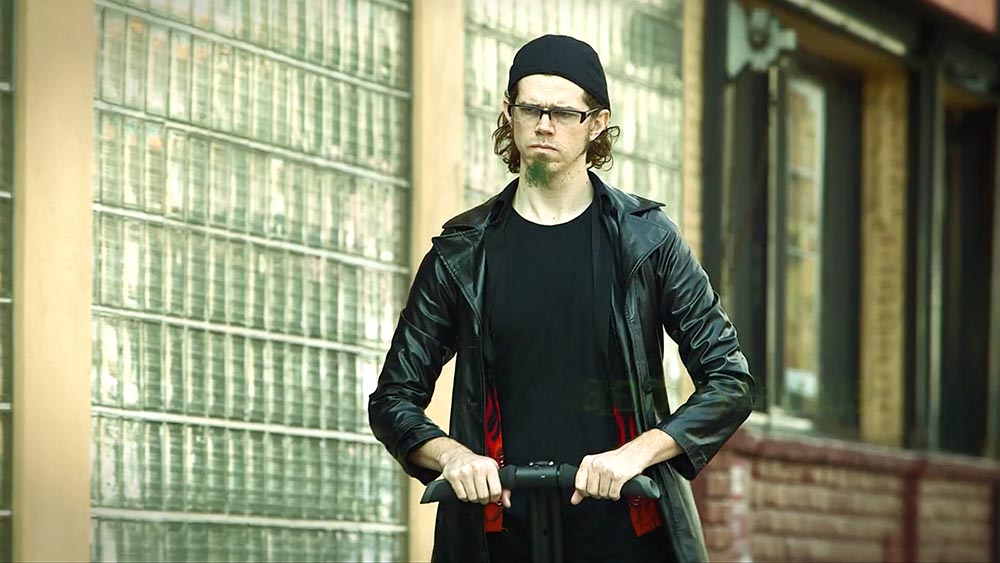 Culture Beat
The always hilarious Andre Hyland (The 4th, The Death of Dick Long, It Happened in L.A.) teams up with The Eric Andre Show director Kitao Sakurai for this bite-sized morsel that the Sundance programmers call "the 2021 love child of Da Ali G Show and Anthony Bourdain: No Reservations." Sign me up.