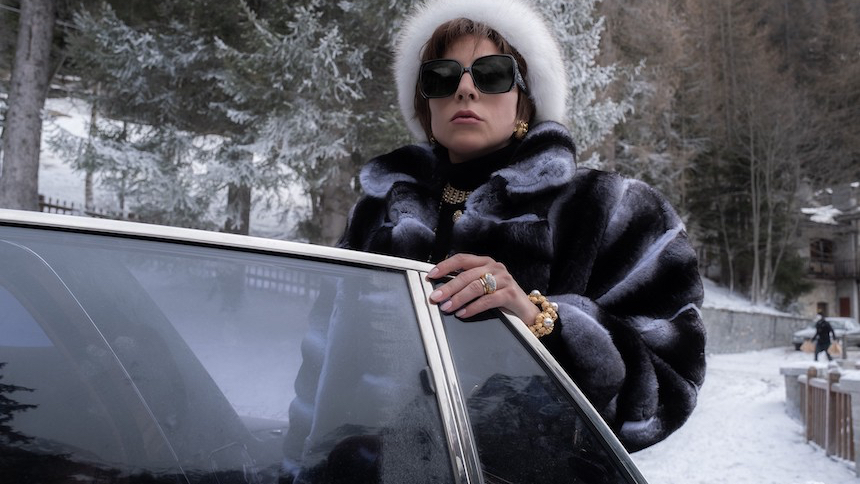 In just a few days, Ridley Scott, a director whose career has spanned six decades and two centuries, will turn 84, an age when most filmmakers are either retired, deceased, or simply not working due to changing tastes among moviegoers.

Scott will see not only his 27th feature-length film, House of Gucci, but also his second just this year (the other, The Last Duel, despite being well-received by critics, failed to attract audiences in significant numbers). Box-office numbers, however, seem to matter little to Scott.

Like his near contemporaries, Martin Scorsese and Steven Spielberg, Scott works on multiple film projects simultaneously, jumping onto whatever project happens to be ready for production when the last one hasn’t even finished post-production. It’s a system that works not just for Scott, but for moviegoers who consider themselves fans of Scott’s ever-expanding oeuvre.

Closer in subject matter, if not in mood or tone, to 2017’s All the Money in the World, House of Gucci, “inspired,” we’re told in the opening credits by “true events” and based on Sara Gay Forden’s 2001 book, The House of Gucci: A Sensational Story of Murder, Madness, Glamour, and Greed, wildly veers from soap opera, melodrama, crime saga, and ultimately, high camp, the last thanks mostly to the supremely gifted Lady Gaga as the curdled heart and poisoned soul of House of Gucci, Patrizia Reggiani, and willfully eccentric Oscar-winner Jared Leto, nearly unrecognizable under pounds of latex, as Paolo Gucci, the simpleminded Fredo to his cousin and Patrizia’s husband, Maurizio (Adam Driver), and the abject failure of a son to Aldo (Al Pacino), the second, co-equal don of the Gucci leather goods and fashion brand to Maurizio’s fading, dying father, Rodolfo (Jeremy Irons). In Italy and some parts of the world, the Gucci name, like the brand, connotes the kind of conspicuous, status-seeking consumption that only the wealthiest of the wealthy can attain.

Lady Gaga and Leto operate at roughly two, distinct poles performance-wise. Leto leans hard, probably far too hard, into a literally and metaphorically animated, Wailugi-inspired performance equal parts bold, outrageous, and borderline nonsensical, a stark contrast to the more controlled, restrained, realistic performances given by the rest of the cast with the exception of Lady Gaga.

Everything related to Lady Gaga and her performance of the grasping, social-climbing, obsessive Patrizia, born to a modest middle-class family, secretary at her father’s trucking company, and soon enough, the deliberate, manipulative object of Maurizio’s desire and/or eye, belongs in the “bigger is more” category of acting. Everything about Lady Gaga as Patrizia is big, from her high, ‘70s-style hairstyles, to her loud, form-fitting clothes, to the hand gestures and scenery-chewing dialogue that will evoke a combination of awe, wonder, and admiration.

Lady Gaga reportedly stayed in character during the shoot earlier this year, an old-school move that’s long gone out of favor, and whether that benefited her performance or not remains strictly up to audiences and their willingness to embrace Lady Gaga’s larger-than-cinematic life performance. It certainly works within the context of House of Gucci and its almost fetishistic obsession with Patrizia’s rise and fall.

Seducing the passive, reactive, unfocused Maurizio proves to be an easy task for Patrizia. Convincing Maurizio’s father, Rodolfo, that she isn’t just another social climber and wealth-fixated grifter, proves to be more difficult. It’s not until she becomes pregnant with Rodolfo’s granddaughter that the rocky relationship between father and son begins to thaw.

As an outsider, Patrizia never acquires a title of her own in the Gucci family business, instead acting as Lady Macbeth-inspired consigliere to the reluctant Maurizio, and inserting herself into the prolonged struggle for control of the Gucci company, first between Aldo and Rodolfo and later between Maurizio and Aldo. Paolo, a frustrated fashion designer, lingers perpetually on the sidelines, begging and pleading for the freedom to start his own fashion line. Maurizio’s increasing assertiveness both in his professional and personal lives, however, ultimately threatens the stability of a marriage founded on self-delusion (his and hers), deceptions (same), and the narcissism bordering on sociopathy typical of the millionaire and billionaire class in Western society.

As a critique of materialistic excess and capitalistic over-consumption, House of Gucci doesn’t have much, if anything, new to say, but what it does say, simple and reductive as it might be, arrives with a boldness and directness that can be only characterized as refreshing. That the plot in House of Gucci could be easily mistaken for a daytime soap opera isn’t accidental; its intentional.

It’s just as obvious that Scott, still working at an incredibly high level regardless of age or seniority, delivers exactly what he intended: a spectacularly melodramatic, campy soap opera, a morality tale and object lesson in the perils of combining unmitigated greed with Olympian hubris.