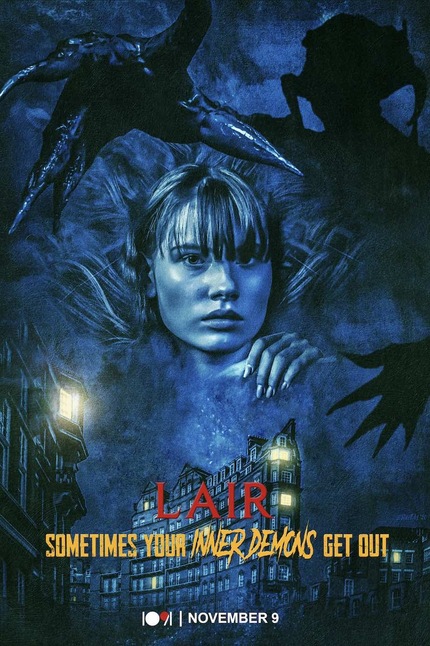 Probably most of us have rented an apartment for a holiday, whether in our own bakyard or a foreign country. And likely we've often wondered at the decor, how someone decided that this is what was needed to make a place feel welcome. Well, what if someone decided to test whether an object was haunted on unsuspecting holdaymakers?  That's the premise behind the creepy new horror film Lair. With premieres at FrightFest and Salem Horror Fest, the film is set to drop soon on North American shores.

When Ben Dollarhdye is accused of murder, saying he was possessed by a demonic force, Steven Caramore investigates his friend's claims, setting off a chain of events that forces a young family into a terrifying battle for survival.

Lair is available on digital and VOD platforms in North America on November 9th. Check out the trailer below.

Do you feel this content is inappropriate or infringes upon your rights? Click here to report it, or see our DMCA policy.
Adam Ethan CrowStuart WrightOded FehrCorey JohnsonEmily HaighHorror