Andrew Mack
Editor, News; Toronto, Canada (@Mack_SAnarchy)
Tweet Post Submit
That time of year approaches when our attention turns to Argentina and the Blood Window program at Ventana Sur. Once more we will not be able to attend in person because of, you know, but we will be participating to the best of our abilities and have already done some pre-taping this week for the upcoming market.
Today, Blood Window announced the fifteen participating projects in this year's LAB, along with four spotlight projects. As per ushe, Variety has all the info we need about the fifteen projects in the LAB.
In the mix we have a project from Brazil, produced by our friend João Pedro Fleck from Fantaspoa, called The Collectionary. We also see that Juan Diego Escobar Alzate, director of Luz: The Flower of Evil, has another project on tap called Deliver Us From Hell. Tangram Cine and Christian Ponce, producers and director of History of the Occult, are back with a new project for the director called Hour of the Sorcerer.
We're going to lift all the descriptions of the fifteen projects from the Variety article cause that's just easier. Also, we see that Transvengeance, one of the projects from the sidebar at Frontieres, From Our Dark Side, will be included in the Spotlight Program.
Below these descriptions is a galley of images from all the projects. ¡Vamos!

“The Collectionary” (Kapel Furman, Brazil)
From Brazilian genre specialists Fantaspoa Produções, this trans-dimensional thriller kicks off as two paramedics discover a well-hidden treasure in a basement, including jewels which they unknowingly use to open a portal between worlds and summon a terrible creature known as The Engineer. The latest from award-winning filmmaker Furman, a regular at the world’s top genre festivals including Sitges and Fantasia.
“Chrono Capsule” (Miguel Gómez Orozco, Costa Rica)
A winner at March’s Morbido Lab at Sanfic Industria, this near-future sci-fi thriller is the story of a young psychology student who decides to use an experimental medication to confront past traumas in her love life by traveling back through time. Unfortunately, the funders of this experimental technology are impatient and want to shut down the program. Produced by Atómica Films in Costa Rica.
“In the Clearing of the Forest” (Leandro S. Cozzi, Argentina)
Buenos Aires-based prestige production-sales-distribution outfit BellaSombra backs this debut feature about a couple which retreats to the countryside in an attempt to mend the fractures in their relationship but end up confronting supernatural forces that feed on their darkest secrets.
“Fango” (Diego Araujo, Ecuador)
“Fango” is the latest from award-winning filmmaker Araujo, whose “Feriado” screened in the Generation 14plus section at Berlin 2014. This time around, the director is pitching the story of Diana and Pit who, in a last-ditch attempt to salvage their relationship, travel to an island resort. After an animal bite, Pit begins showing truly monstrous tendencies. Ecuador’s Ilaló Cine produces.
“Hela” (Gisberg Bermudez, Venezuela)
Playing with time as an infinite loop, “Hela” takes place at a sanatorium on the shores of a lake which is home to a mythical creature, where father Henry focuses his every effort on finding a cure for his daughter’s cancer. L.A.-based boutique production house La Rue Films is producing.
“Deliver Us From Hell” (Juan Diego Escobar Alzate, Colombia)
“Luz: The Flower of Evil,” the last effort from award-winning Colombian production house Afasia Films and filmmaker Escobar Alzate, was a global hit, winning prizes at several major international festivals. This time, they’re pitching the story of a family brought together by tragedy which uncovers a dark ancestral secret.
“The Cats” (Juan Pablo Richter, Bolivia)
Pucara Films, whose film “98 Seconds Without Shadow” is also at this year’s Ventana Sur, produces this period drama about a grieving writer, recruited by Death to document the horrible circumstances of a fever which is decimating a small Amazonian town.
“Two-Faced God” (Facundo Escudero, Argentina)
Buenos Aires’ Pensilvania Films, regular participants at Ventana Sur, produce Escudero’s latest, the story of an orphan obsessed with horror and fantasy stories who moves to a rural home where a pagan cult exploits the girl to protect their lands.
“Hour of the Sorcerer” (Cristian Ponce, Argentina)
Tangram Cine, producers of Film Sharks-sold “History of the Occult,” a Le Film Français prize winner at Cannes’ Blood Window sidebar, are back with “Manifesta,” about a small-town bank robbery with supernatural elements where far more than money is on the line.
“The Virgin of the Quarry Lake” (Laura Casabé, Argentina, Mexico)
A three-way co-production between Mostra Cine and Ajimolido Films in Argentina and Caponeto from México, this project was selected for Blood Window by Spain’s prestigious Sitges Film Festival and recently participated in San Sebastian’s Co-Production Forum. A horror-thriller “The Virgin…” follows a group of teen girls who fall in love with a boy during a very hot summer. The project marks the fourth feature by Casabé whose “Los que vuelven” snagged best director at the 2020 Sitges Noves Visions sidebar.
“Manifesta” (Enrique Mendez Valderve, Peru)
The third feature from Riot Cine’s Mendez in which a young youtuber begins experiencing horrible migraines that begin to blur the lines between the real world and the digital universe behind the screen where he spends much of his time and makes a living.
“Undead #0” (Carlão Busato, Brazil)
Unspooling on All Souls’ Day, a solitary young man is involved in a fatal accident, but when Death arrives to escort him from this life to whatever comes next, he simply refuses to go. This annoys Death, who has a busy schedule to maintain, and while dealing with the stubborn man, her other appointments begin to roam the earth. Produced by Sao Paulo-based Surreal Hotel Arts.
“Wendy’s Syndrome” (Sinhué F. Benavides, Mexico)
Award-winning producer-director Benavides (“Niño doctor,” “Otto”) helms this story of a mother condemned to life in prison for murdering her husband, who is granted one last afternoon at her home with her children where each recounts dark stories from their shared past. Mexico’s Sizigia Films produces.
“Intruder Eyes” (Fercks Castellani, Argentina)
Produced by Lunfardo Films and selected to participate in Blood Window by Apima, Argentina’s association of independent audiovisual producers, Castellani’s (“Lo inevitable,” “Pájaros Negros”) latest turns on Luis, a perfectionist who, on a quest to find inner peace, is visited by a strange woman from his past who throws his beliefs into question.
“Upiro” (Óscar Martín, Spain)
Blood Window’s only European project, “Upiro” sees El Ojo Mecánico producer Elena Muóz and filmmaker Óscar reteam; their film “Amigo” raked in more than a dozen prizes at major international festivals. This time, they propose an 18th century period thriller set in a monastery where a Franciscan monk investigates rumors of a bloodthirsty creature like those written about by Tolstoy. 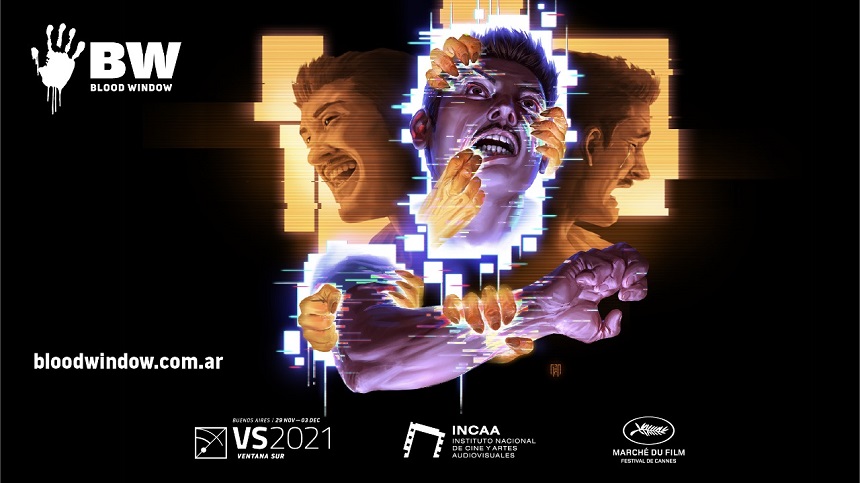 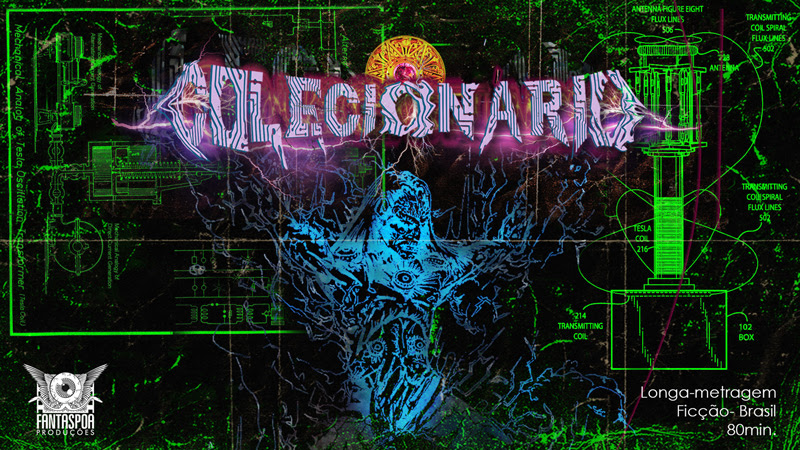 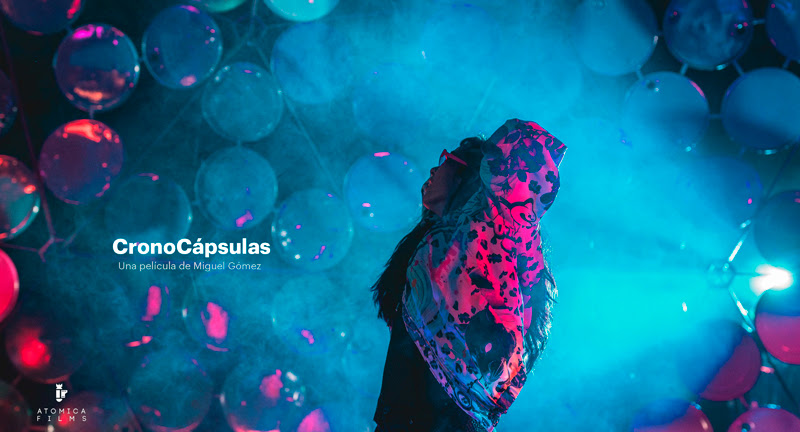 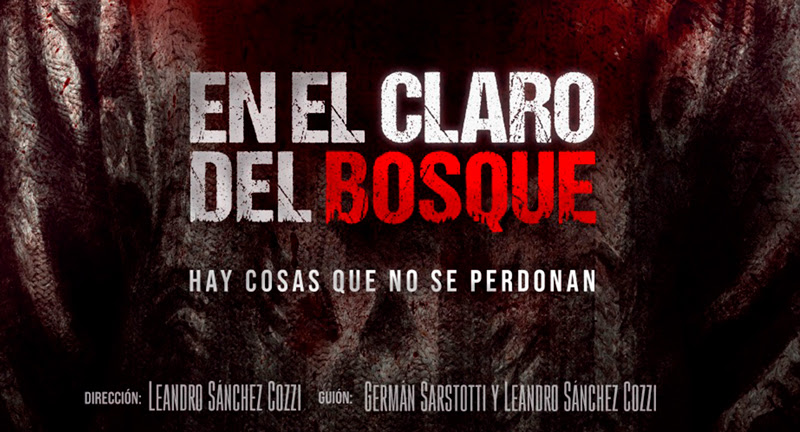 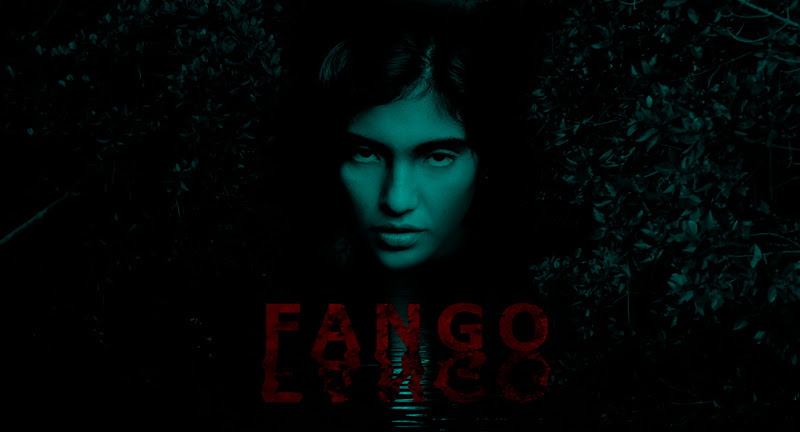 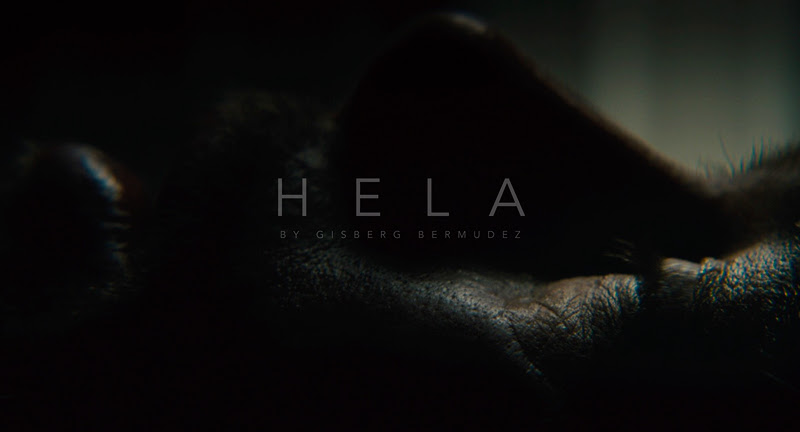 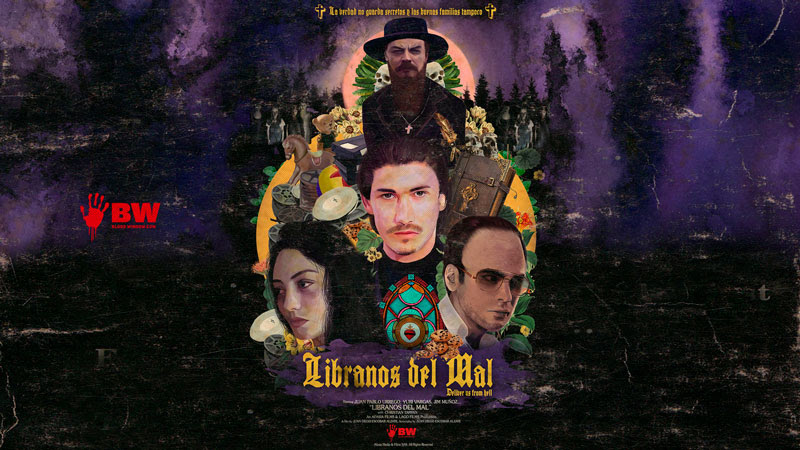 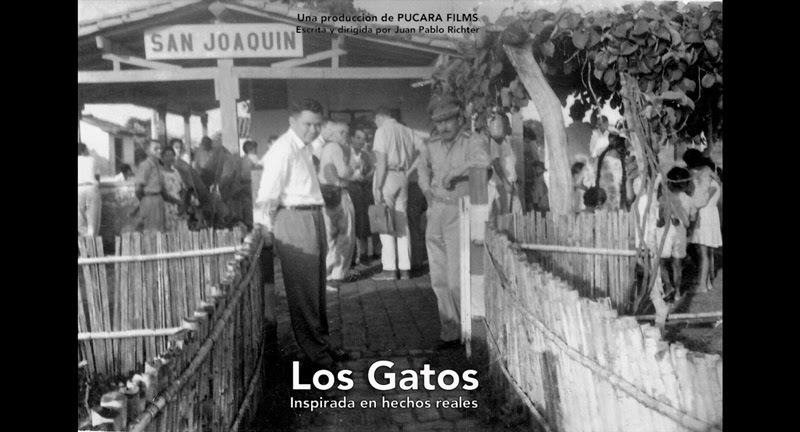 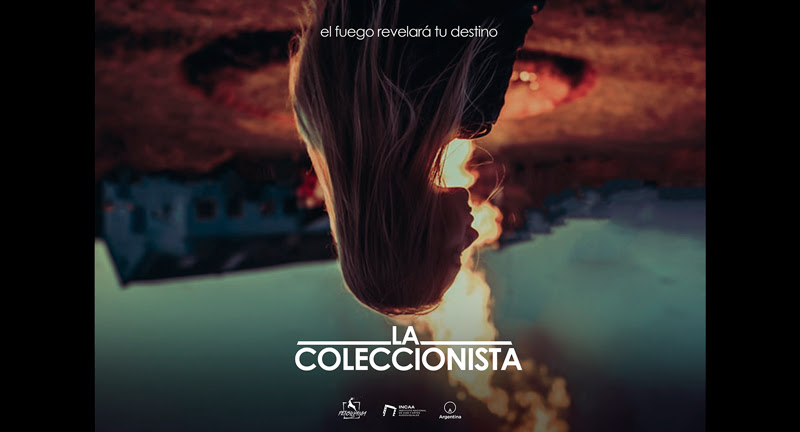 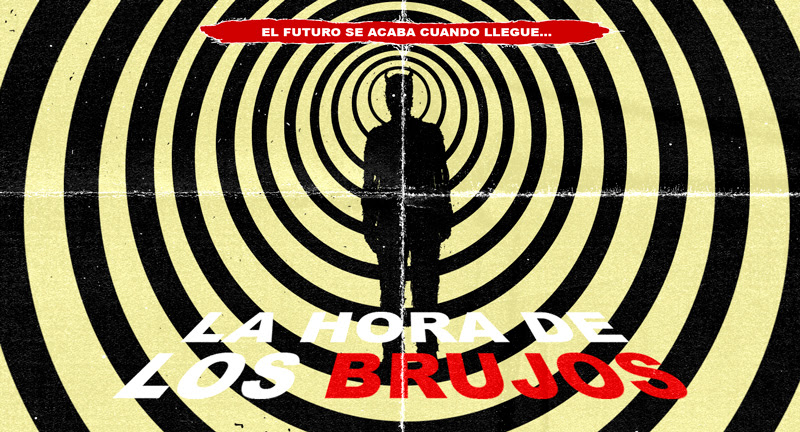 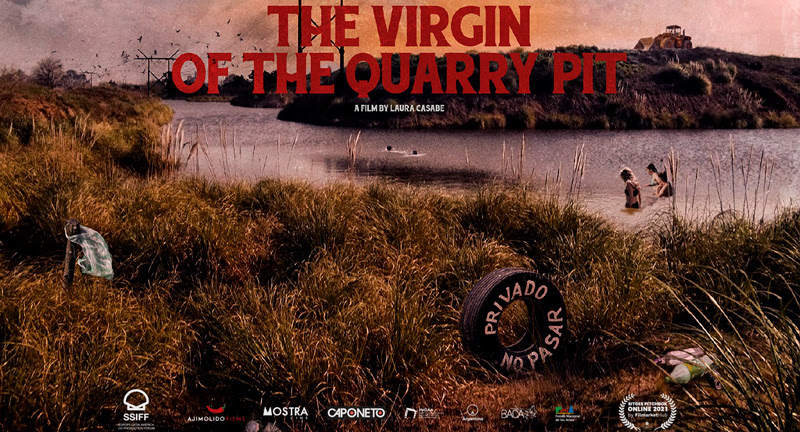 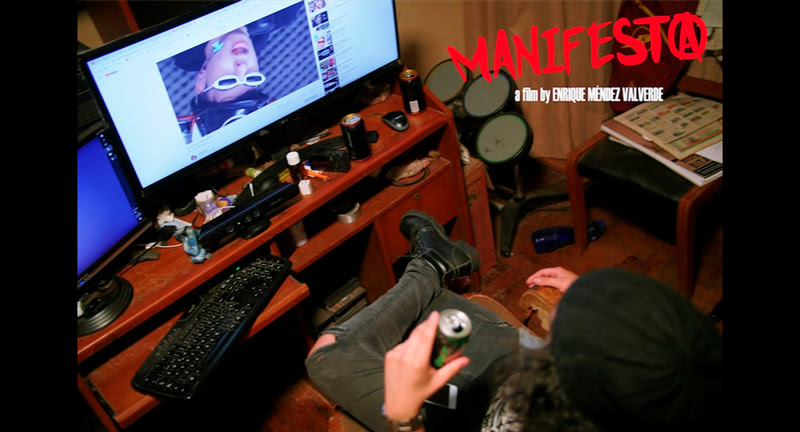 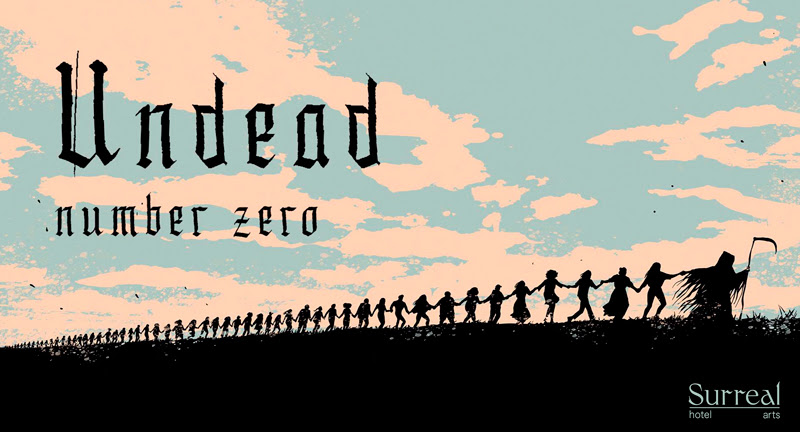 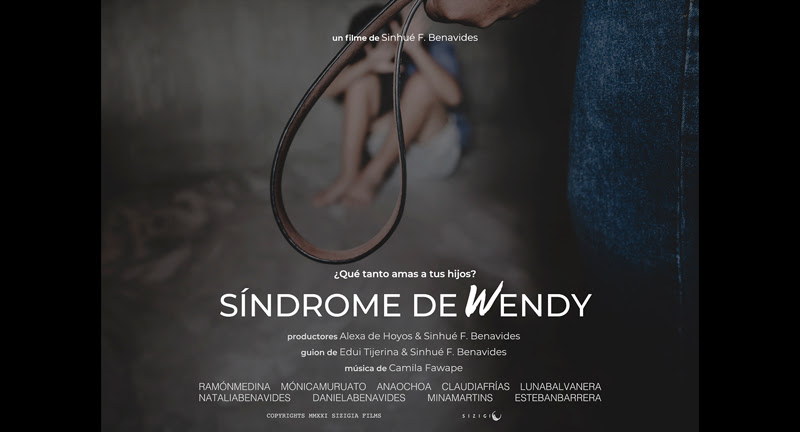 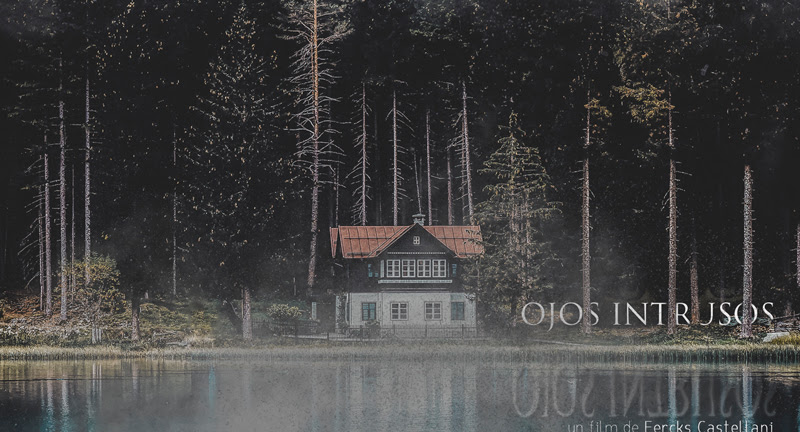 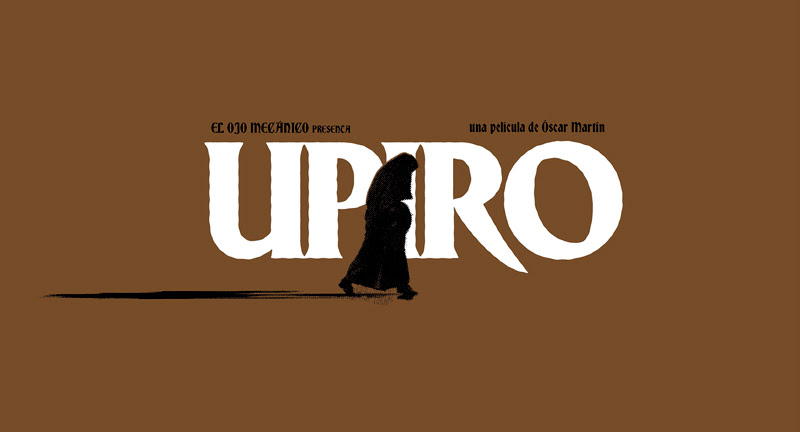 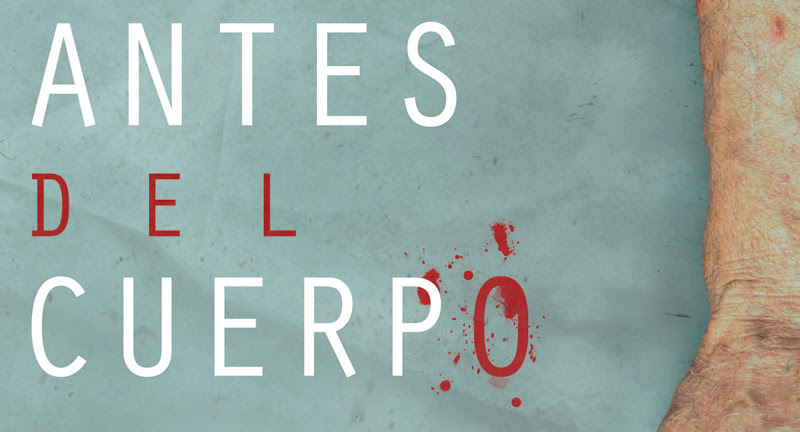 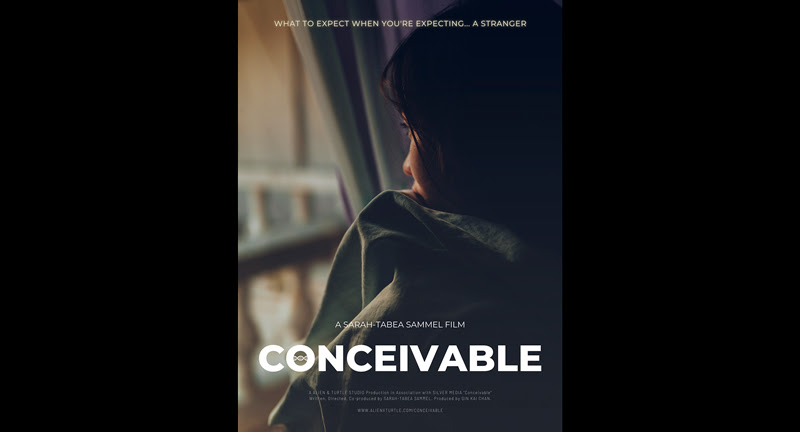 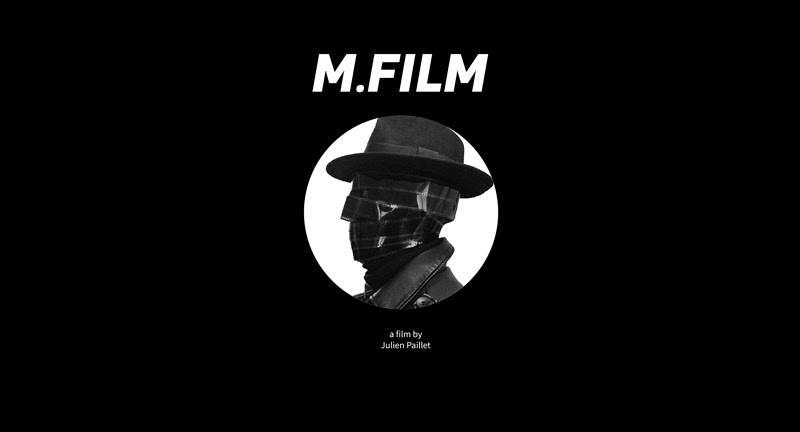 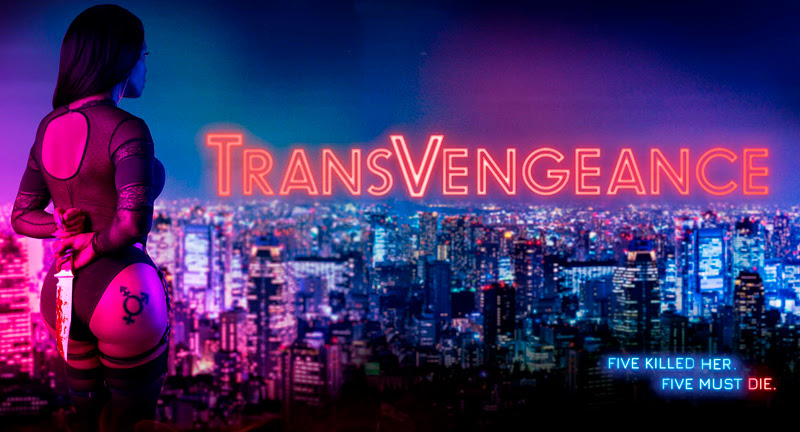 Head on the Door Productions (Canada)