Dan Mirvish’s latest indie venture, 18 ½ is a rare find in the current landscape of filmmaking, an original story that draws you in from the opening frame. Set amidst the Watergate Scandal during Richard Nixon’s presidency, it is NOT a political statement production.

Thematically, it has more in common with Alan J. Pakula’s All the President’s Men but that is where the similarity ends. However, it is important to know a little history behind Daniel Moya’s smart script.

In 1972, President Nixon was up for re-election. During the summer, the Democratic National Committee headquarters (which was located in the Watergate Office Building) was burglarized. It came to light that the persons involved with the incident were members of Nixon’s re-election campaign.

Of course, when a snafu like this rears its ugly head, spin doctors fly out of the woodwork to handle the potentially damaging situation and cover-ups are usually the course of action. Unfortunately, for this particular Commander-in-Chief, an informant known as “Deep Throat” leaked the particulars of the DNC burglary to the press (Bob Woodward and Carl Bernstein) resulting in a series of damaging articles in the Washington Post.

The two reporters went on to win the Pulitzer Prize and President Nixon resigned from office before he could be impeached. One of the crucial pieces of evidence that proved that Nixon was aware of everything involved with the Watergate break-in was housed on a tape. Back then, everything was recorded at the White House from Oval Office meetings to phone calls.

Supposedly, there was a recording that contained an 18 ½ minute gap which was the result of attempts to erase the incriminating footage. It is believed that the missing moments were proof of Nixon’s full involvement in the Watergate cover-up.

This is the point at which Mirvish’s movie begins. Connie (Willa Fitzgerald) is a transcriber for the White House. Most of her days are spent in dull obscurity, typing up boring meetings toiling away for her boss, Jeffries (played by Troma Entertainment icon, Lloyd Kaufman).

During one of her assignments, she inadvertently stumbles upon the infamous 18 ½ minute gap in the Nixon tape. Connie contacts a reporter whose work she has admired for a while, Paul Marrow (John Magaro) and arranges a meeting with him so she can share her find.

At first, they clash because they don’t trust one another. So, John suggests that they go to an out of the way motel, (The Silver Sands) where they can listen to the evidence.

Once they arrive at their destination, they decide to pose as a married couple, Archie and Ruth. They figure that this ruse won’t raise any red flags. However, they didn’t count on Jack, the manager of the establishment (Richard Kind) being an eccentric busybody.

Immediately, Paul and Connie’s plans to listen to the tape go off the rails when Paul’s tape recorder is broken. Now, they have to hunt for a replacement which leads them to interacting with several of the Silver Sands guests.

Naturally, they approach a group of hippies, (Sullivan Jones, Marija Juliette Abney and Alanna Saunders) in the hope that they have a recorder. Instead, they get more than they bargained for because the trio attempt to recruit the pair for their mission which involves destroying Wonder Bread and their corporate affiliations to send a message.

After they barely escape that fiasco, they return to Jack’s office where a mysterious message is left for them. Believing that they are being watched by the CIA or another government organization, Paul panics and full-blown paranoia ensues.

On their quest to locate a working tape recorder, they run into another couple on site, Lena (Catherine Curtain) and Samuel (Vondie Curtis-Hall). After striking up a conversation with the older duo, Connie and Paul find themselves having dinner with the pair resulting in a bizarre situation that is reminiscent of Mike Nichols’ Who’s Afraid of Virginia Woolf? if George and Martha were into partner swapping.

Samuel and Lena happen to have a recorder and they agree to let the younger couple borrow it. Safe and sound in their cottage, Connie and Paul begin the task of listening to the infamous tape which features H.R. Haldeman (Jon Cryer), General Alexander Haig (Ted Raimi) and President Nixon (Bruce Campbell) conspiring to keep their indiscretions secret.By now, Connie and Paul find themselves attracted to one another but before their budding romance can get off the ground, an unexpected event occurs that could change the course of their lives forever.

18 ½ is weird, engrossing, and thoroughly enjoyable. Willa Fitzgerald and John Magaro have palpable chemistry, making them very compelling to watch onscreen. Vondie Curtis-Hall and Catherine Curtain are mesmerizing and quietly menacing in their roles.

Dan Mirvish’s casting of horror icons Ted Raimi and Bruce Campbell and beloved comedian Jon Cryer as Haig, Nixon and Haldeman is genius. They are acting rather than impersonating which lends credibility to their characters.

If you are in the mood for a fast-paced, highly intelligent effort with an intricate plot and surprising twists and turns, then 18 ½ ticks all the boxes.

18 ½ had its world premiere at the Woodstock Film Festival on October 2nd. 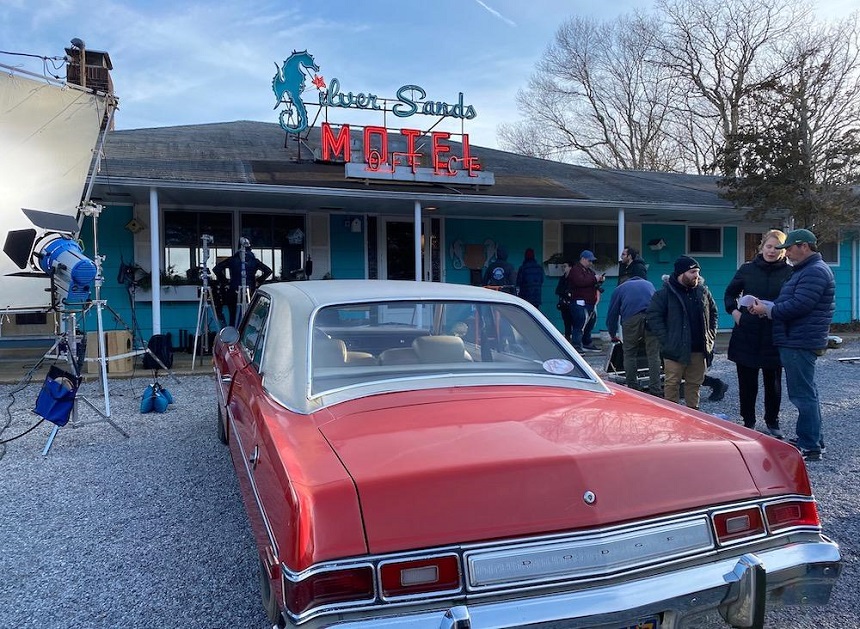 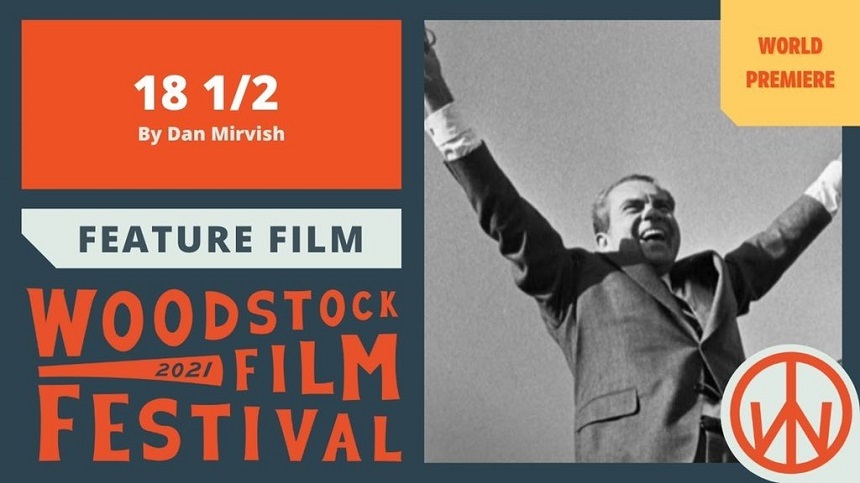 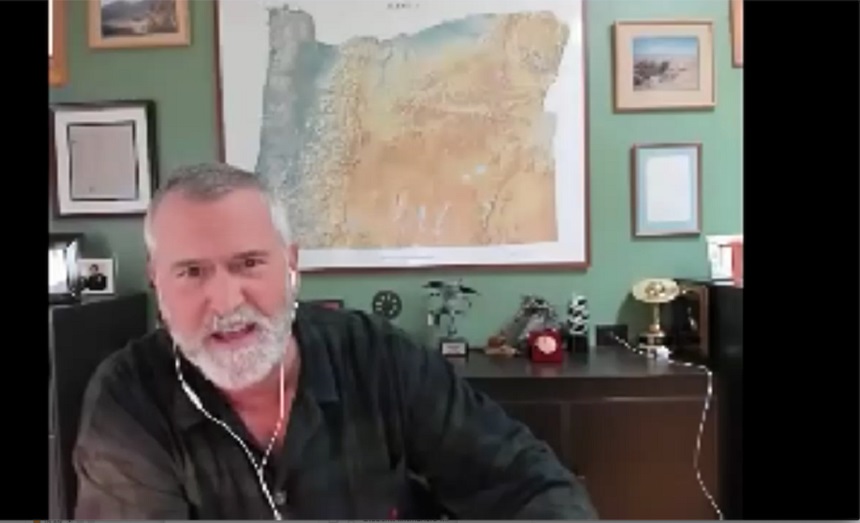 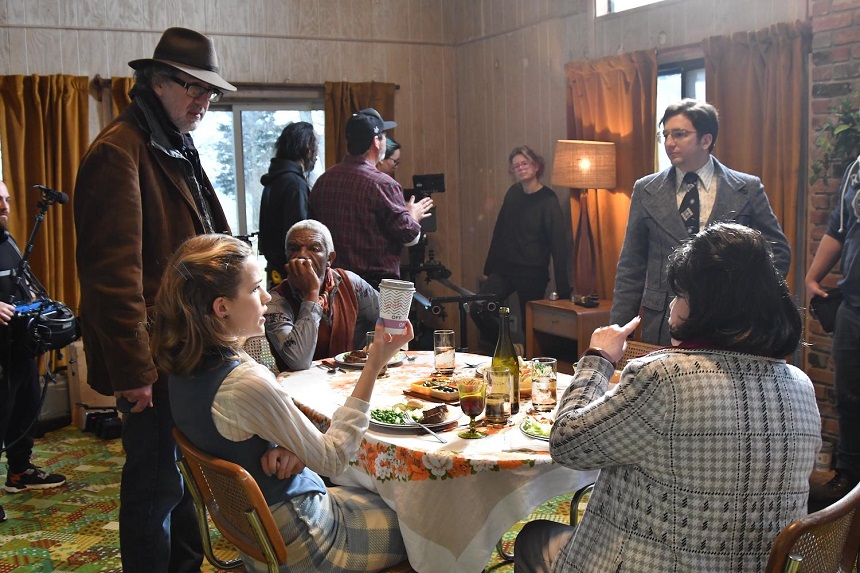 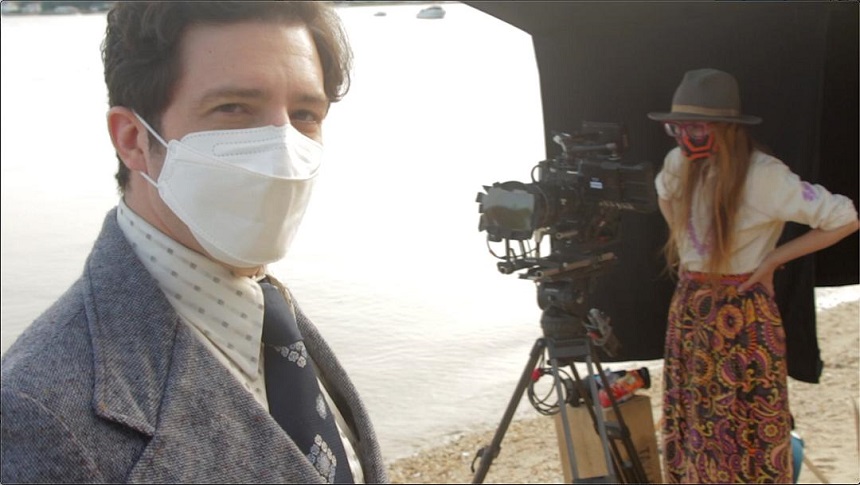 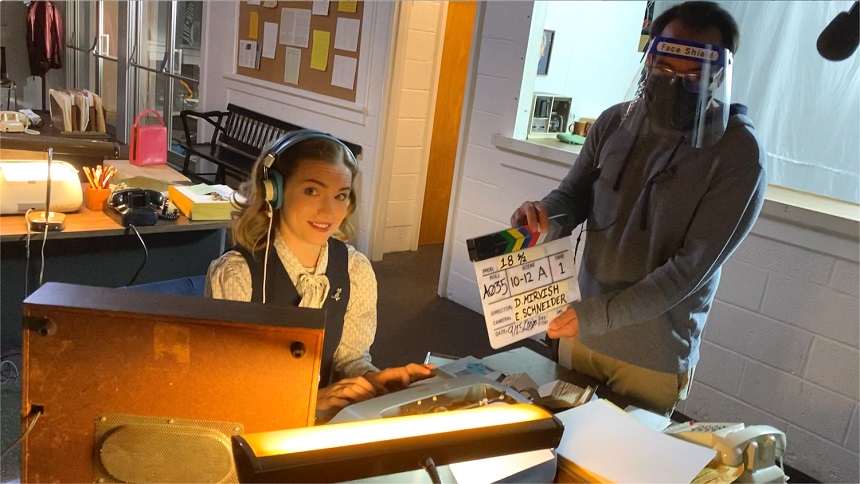