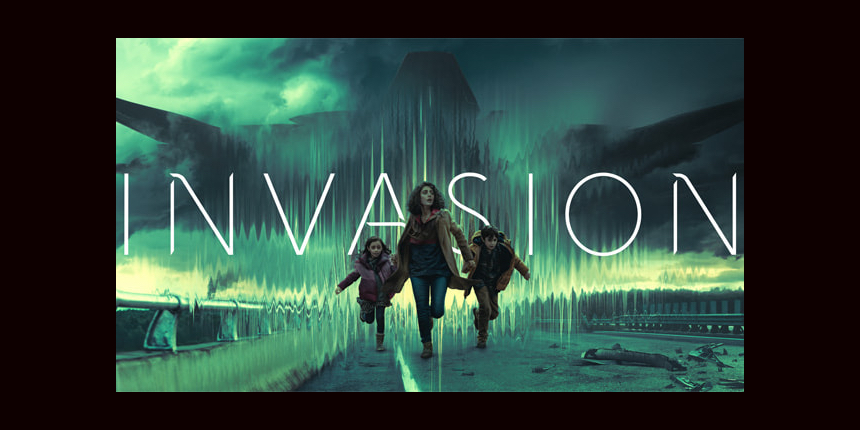 This is not your grandfather's invasion movie. For one thing, it's a series.

The first episode of any narrative series usually (1) creates the atmosphere, (2) introduces the primary characters, (3) sets the tone and (4) hooks viewers for the story that will unfold in the following episodes.

Created by Simon Kinberg and David Weil, Invasion checks all those boxes admirably and in a compelling manner in its first episode. Things go haywire after that.

The first episode is mighty fine, however, with three intriguing scenarios, taking place in three dramatically varied locations. Sam Neill, of all people, convincingly essays a sheriff in a small town in Oklahoma during his final day before retirement after 30-something years of service. Katsuna Shiora deftly plays an engineer in Japan who works at the home base as Japan sends a mission to the International Space Station. Golshifteh Farahani portrays a very busy and capable woman who is married and raising two children in a suburban area in the Northeast U.S.

We meet these three leads and get to see their varying lives as they are each at a different point in their respective relationships. All the while, foreboding hints are dropped about something mysterious that is happening or is about to happen, leading to a satisfying ending of the episode that made me curious to see more.

The second episode introduces two more leading players on different stages in the world: an American soldier (Shamier Anderson) in Afghanistan, and a British schoolboy (Billy Barratt) on a field trip to the countryside. Everyone must deal with the consequences of an invasion from outer space; some are more successful than others, but it's safe to say that everyone will be entirely drained before too long, what with the yelling and screaming and shouting and nastiness that ensues. Not to mention, you know, the aliens, who eventually make themselves more clearly known.

As a series, Invasion takes a different approach than what I've seen before -- and I've seen a lot of alien invasion movies and television/streaming shows, as well as a fair number of novels on the subject. Here, the emphasis is more on the ground-level view of what such an invasion would mean for individuals, when clear communication from trusted authorities is not readily forthcoming.

On that score, the series is a success, capturing the fear and horror that people may expect to experience in the face of unknown creatures from outer space launching an attack on Planet Earth. Rather than a positive view of mankind, though, the series chooses to take a largely pessimistic perspective, assuming the worst about most everybody in most of the episodes.

This is not entirely surprising, considering the past work of series creators Simon Kinberg and David Weil. In particular, Weil has demonstrated a very dark view of humanity in his series Hunters and Solos; his dialogue is quite sharp and striking, but his characters have often been nasty and unlikable. That's balanced in several episodes by Kinberg's writing, which has generally been lighter and a touch more cheerful in his giant action movies he's received credit for scripting.

Then again, maybe it's just the novel approach to the subject. Glimmers of hope emerge over time, and the series' sour pessimism does not persist for its entire first season. As always, your mileage may vary.