Dash Shaw's adult animation is inconsistent and naive, yet satisfies. 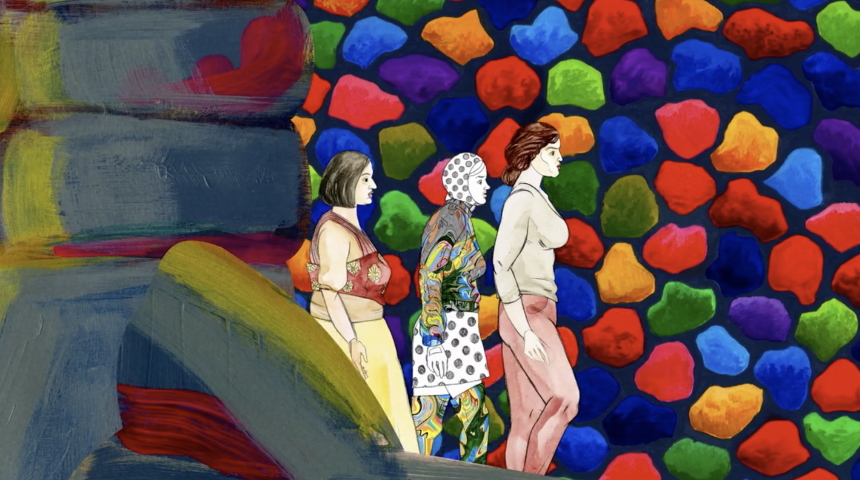 A young couple go for a walk in a forest, make love, and encounter a gigantic fence. On impulse they decide to climb over it, curious about what could be on the other side. Anyone who has seen a Jurassic Park film will know that this might not be a good idea... and wonder if these people have any braincells whatsoever. It's a powerful beginning though, preparing audiences a bit for what to expect from Cryptozoo, an animated feature film from director Dash Shaw. Made with the help of a veritable army of artists, it contains an eclectic mix of styles, ranging from beautifully painted mythical creatures to paper cut-out caricatures. 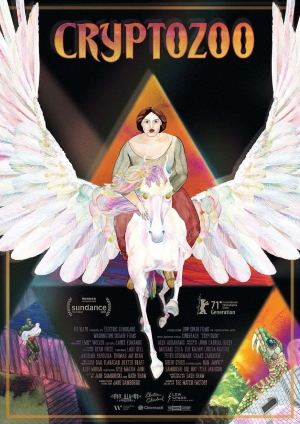 And if you're fond of mythical creatures, this film invites you to eat your fill. Once the main story starts in Cryptozoo, we follow a hunter who captures all sorts of legendary beings. Her motives are beneficial: she works for a cryptozoological society which studies these creatures and tries to create some harmony between them and humans. To do this, the society has built a giant zoo for fabled animals, in the hope that teaching people about these 'cryptoids' will create more empathy towards them.

Meeting a mythological creature can be fun if it's a Baku, who helps make your nightmares disappear, but will be considerably less fun if it's a Manticore who'll rip you into poisoned pieces, so the zoo needs spotless security. Unfortunately, some humans try to steal the cryptozoo's creatures, to use as weapons... and even the nicest cryptozoologists may have personal motives for keeping these beings behind bars.

The first thing you'll notice as a viewer is the unique artwork, which ranges from brilliant to comically simple, sometimes resembling Terry Gilliam's animations for Monty Python, sometimes resembling Ralph Bakshi's wilder projects. The second thing you'll notice is a rather strong animated sex scene. It sets the tone: this film is meant for adults, no matter how many fairy-tales get referenced or how naive its story gets. And naive it gets, as the film shakes a fist at the evils of exploitation, while pleading for love, empathy, and respect for diversity and the environment. It feels refreshingly honest and heartfelt as well, more hippie than hipster, and I mean that in the fondest way possible. At the same time this plea to our better natures can come across as obvious and preachy, but I respect the filmmakers for swinging for the fences like this.

Love it or hate it, Cryptozoo is unlike any other movie I've ever seen. It tells its story straight as an arrow, without any cynicism whatsoever, and is helped by a strong cast of voices including celebrity actors like Peter Stormare, Zoe Kazan, Michael Cera and Grace Zabriskie. If you can appreciate the artwork and soften toward its good intentions, you're in for a treat. If not, well... at least you can't deny it was special.


Cryptozoo is playing at festivals worldwide and can currently be seen at the Vancouver International Film Festival until September 30th. 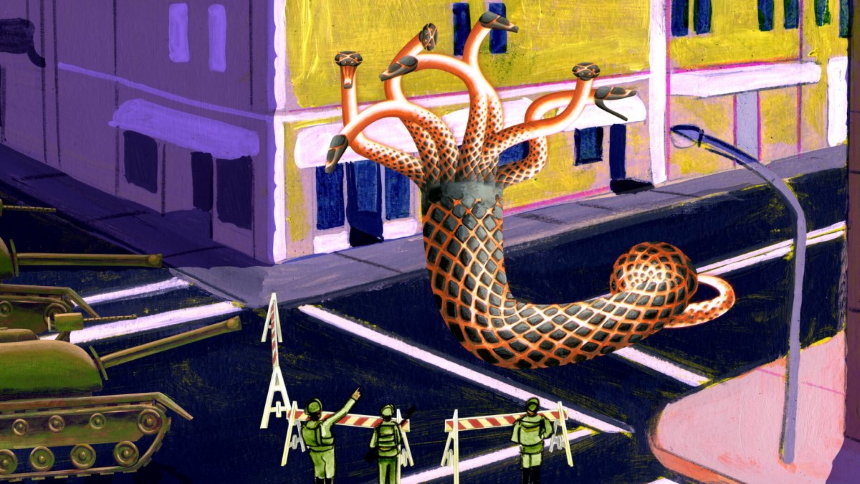 Do you feel this content is inappropriate or infringes upon your rights? Click here to report it, or see our DMCA policy.
Dash ShawLake BellMichael CeraEmily DavisAnimation